AP: The German Aerospace Center DLR, which coordinates the project, said Thursday that by May scientists hope to harvest 4-5 kilograms of fruit and vegetables a week.

The allure of container farming has introduced many new farmers to indoor agriculture. The portability and low fixed costs have expanded the possibilities for grow sites for many people. Industry players estimate that there are between 250 and 300 branded container farms in the world, with likely as many homegrown operations in existence.

Data-Driven Farming Is Keeping Us All Well-Fed 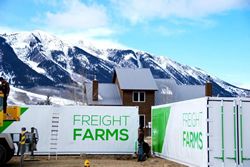 Ronald Holden for Forbes: MSFT got into data-driven farming almost three years ago. "We believe that data, coupled with the farmers knowledge and intuition about his or her farm, can help increase farm productivity, and also help reduce costs ," says a company spokesman. 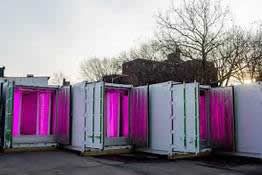 Aditi Roy for CNBC: Kimbal Musk has an accelerator, Square Roots, that teaches millennials how to farm out of a shipping container in Brooklyn. Musk says today's millennial farmers are trying to make a difference in how food is produced.

With Vertical Farms, Food Banks are Growing their Own Produce to Fight Hunger 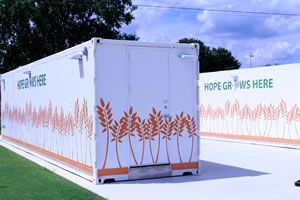 Jody Helmer for Civil Eats: Vertical farms allow food banks to grow their own produce with high-tech systems in an effort to fight food insecurity year-round. 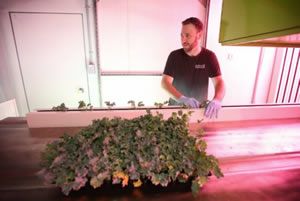 Torstar News Service: Forty-foot containers, equipped with infrared lights and vertical hydroponics systems, can produce up to 150 pounds of kale a week.