Agro-drone R22-UV is equipped with a specially developed (for Robinson helicopters) utility to deliver liquid chemicals.

This is the world's largest cotton defoliation operation that involves the use of fully autonomous drones to ensure a cost-effective, eco-friendly machine harvest. Up to mid-September, one million hectares of cotton fields have been defoliated with XAG's crop spraying drones

Unmanned aerial vehicles (UAVs), commonly referred to as drones, may soon revolutionize weed management. Equipped with the right tools, researchers say they can be quite effective at both finding and treating problem weeds.

Drones on the Farm

There is a good assortment of drones that no longer need ground stations or PCs to communicate. A farmer can now head out into the field with only a drone and tablet and be able to collect high-res imagery in minutes with simple, easy-to-use mobile apps.

JetSeed Granule Spreading System is designed to dispense granules such as seeds, fertilisers and pesticides precisely and effectively to any environment through high-speed airflows. It helps to combat grassland degradation... 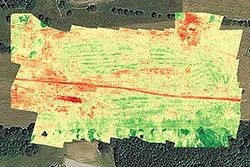 Using machine learning models, the software features vegetative health indexing, plant and livestock counting, and canopy sizing, all of which can be tailored for specific crops and use cases. 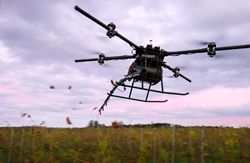 Plant breeding has been going on for 10,000 years but technology -unmanned aerial vehicles (UAVs), robots, artificial intelligence (AI) and machine learning -is revolutionizing the practice.

Drones are becoming technically sophisticated, enabling the use of multi-sensor arrays, that can operate either singularly or in unison, to collect a wide range of data for later analysis.

Batteries, the Heart of Your Drone