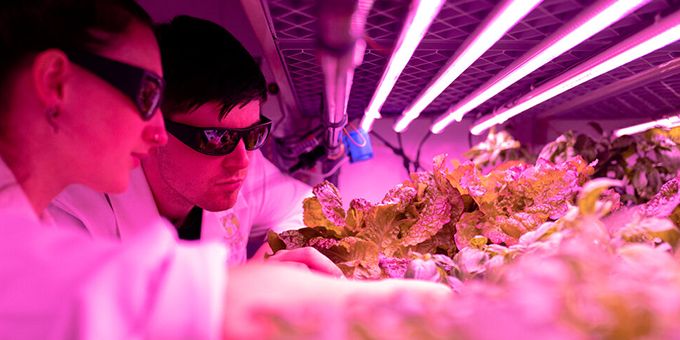 The hungry gap and imports

The hungry gap begins in March and UK grown fresh produce will remain scarce until the start of June. Just over three quarters of the fruit and vegetables consumed in the UK are imported from abroad, this figure starts rising in the new year, reaching a peak of 80% imports in April, before beginning to fall again at the end of the hungry gap in June.

In temperate climates such as the UK, a global food network is used to keep seasonal produce such as strawberries, tomatoes and salad items on the shelves from January to December. Many consumers will barely notice the difference, but if you look closely at the label you’ll see stickers reading “Egypt”, “South Africa” and “Spain” stating the place of origin.

Even if we were to stop exporting fruit and vegetables altogether, we would not be much closer to food sovereignty. For every £1 worth of exported fruit and veg, we import another £9. Unless there is a substantial shift in eating habits, it is unlikely that the UK will be able to get the percentage of imports down without giving nature a helping hand.

Controlled environment agriculture (CEA) is well named. It is a technology-based approach toward growing where plants are enclosed, given protection from the elements and ideal growing conditions are maintained inside for them. Greenhouses and vertical farms are both examples of CEA.

In CEA farms, the weather does not affect the produce as it is always a balmy summer's day with perfect growing conditions inside. Because they’re not restricted by the seasons or changes in the weather such as droughts, storms or heat waves, they can be used to grow fresh produce all year round. This has the potential to significantly disrupt the current fresh produce supply chain while conveying benefits to the growers in the process.

For arable farmers, the hungry gap can be a very difficult time financially. It is a time where they have much higher outgoings. They need to buy seeds, hire workers and spend on machinery. However, it is just the time when they have the least amount of money coming in. Because margins in farming can be so tight, they’re not even guaranteed a good return on this investment. Poor weather conditions, changes in demand or logistical problems within the supply chain can all affect their bottom line.

Because CEA farms can grow produce all year round, they can be used to help diversify the incomes of traditional farmers. Giving them a reliable income stream can help to improve cash flow during tricky periods like the hungry gap or when outdoor crops are impacted by extreme weather conditions.

Recently, due to coronavirus, the UK’s lack of farm labourers has been hitting the headlines and sparking conversations about our heavy reliance on migrant workers to tend to and bring in our crops. Last year, this transitory workforce made up 98% of fruit pickers in the UK and this trend is replicated in Europe, where a large proportion of our imported produce is from.

Because of the seasonal nature of farm work, these types of jobs are not a stable form of employment. They come to an end once all the harvests are brought in. The “here today, gone tomorrow'' nature of the work discourages many domestic workers and makes it hard for migrant workers to find accommodation locally. Many farmworkers live in caravans on the farms they’re working on.

The Department for Environment and Rural Affairs estimates that this year we only have a third of the typical migrant workforce and they add that they believe these people were likely already residing in the UK when the pandemic hit. But this is by no means a new problem. It affects farmers the world over year after year. The UK has suffered farm labour shortages four out the five most recent years in 2020, 2018, 2017 and 2016. This begs the question, if the work was less precarious would we still be faced with this problem? Because they’re not bound by the seasons, CEA farms can provide the labourers working within them a steady, year-round supply of work. This stable labour requirement allows these vital skilled workers to settle or build a life in the area.

The paradox of plenty

Having the ability to produce a steady, predictable supply of fresh food helps to alleviate the “paradox of plenty” for farmers. While in many markets, having a stable demand for goods is an asset, in agriculture it can lead to problems for the grower. The paradox of plenty is caused when good growing conditions and a surplus of produce lead to a reduced income for the grower due to an inflexible demand for that produce. Because the market is saturated with lettuce, for example, the price of lettuce falls and this abundant harvest results in a reduction of the grower’s income rather than an increase to it.

Most of the issues surrounding seasonality for farmers and farm workers boil down to one of stability: a stable income, supply of work, climate or demand for produce. Because you can control all the inputs into a CEA farm, grow all year around and quickly react to changes in demand they can be used as a tool by growers to relieve some of the pressures brought on by this unpredictability.