Examining the Environmental Implications of Biofuel 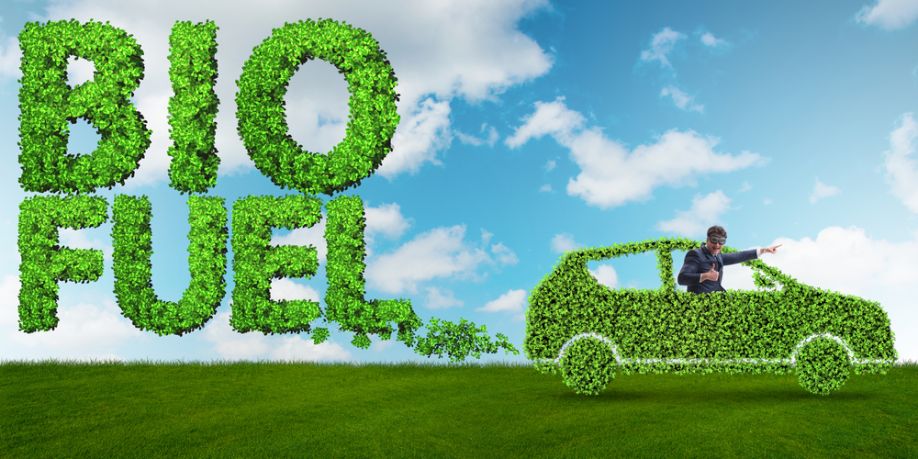 Sustainability is a leading concern for agribusinesses today. While farming is a crucial industry, it has a massive and often detrimental effect on the environment.

Agriculture is the leading source of pollution in many countries, produces more than 18% of the world’s carbon emissions, and consumes 69% of global freshwater.

In light of this impact, many farms today are searching for ways to reduce their ecological footprint. Biofuels – crop-derived alternatives to diesel – seem like a promising solution for many. Here’s a closer look at their environmental implications, both good and bad.

While there are many greenhouse gas (GHG) emission sources on the farm, vehicles and machinery account for much of it. Most farm equipment either uses diesel or fossil-fuel-derived electricity, so transitioning to biofuels as an alternate fuel source could have several environmental benefits. Here are a few of the most significant advantages.

The most notable environmental benefit of using biofuel is that it lowers GHG emissions. It’s important to note that biofuel isn’t a 100% clean fuel type, as it still produces some carbon dioxide and similar emissions. However, these are negligible compared to the gasoline and diesel that most farm equipment uses.

Research has shown that, taking the whole life cycle into account, pure biodiesel can reduce carbon dioxide emissions by 74% compared to petrodiesel. Pure ethanol and biodiesel are also non-toxic, so if they spill, they won’t endanger nearby wildlife or humans as fossil fuels do.

Biofuels operate the same as traditional diesel, so farms can use these fuels with the equipment they already have. As a result, they can switch over to these low-emission alternatives faster than they could replace their fleet with electric vehicles. Consequently, using biofuel could lead to faster emissions drops than electrification in some circumstances.

Another advantage of biofuel is that they reduce U.S. farms’ dependence on petroleum imports. The U.S. currently imports 43% of the petroleum and crude oil products it uses, despite being the world’s largest oil producer. That translates to more emissions from transportation to get those products from other nations to U.S. companies.

If farms switched to using biofuel, there would be less demand for petroleum, resulting in fewer imports. As imports decrease, so will the emissions from the trucks and ships that deliver them to the U.S.

The U.S. wouldn’t have to import biofuel, either. Most biofuel comes from crops like corn and soybeans, which the country already grows extensively. Some biofuels can come from plant and animal waste, reducing the agricultural strain the increased soy and corn demand would otherwise put on U.S. farms.

Using biofuel to power farm equipment also counteracts other emission sources in its production. Since these fuels come from plant life, using them typically translates into other farms growing more corn or soybeans. These plants, in turn, absorb CO2 from the atmosphere, offsetting the emissions that biofuel-burning machines may produce.

These offsets may not be enough to counteract fossil fuel emissions, but they’re sufficient for biofuels. Since biofuels produce fewer GHG emissions in the first place, the absorption from their sources brings their carbon footprint back down.

While biofuel has several environmental advantages, it comes with some downsides, too. It’s important for farms to recognize and consider these disadvantages before making a decision to ensure they make the most informed choice. With that in mind, here are the most significant negative environmental effects of biofuel consumption.

Resource Consumption and Land Use

The most glaring issue with biofuels is that they require farms to grow more crops. That may be good for business and contributes to carbon offsets, but keep in mind that most farming practices today are environmentally destructive. As farms expand to enable more biofuel production, they may consume more land and resources than they should.

Farming is already a significant contributor to habitat destruction. Studies suggest that if current expansion continues, more than 1,000 species could lose more than 25% of their habitat to farming by 2050. Since demand for farmland would rise with conventional biofuel production, using these fuels could accelerate that loss.

Impacts on Water and Soil Quality

A lack of crop diversity limits natural soil nutrients, requiring farms to use more synthetic fertilizers and pesticides. Overuse of chemical fertilizers will weaken the soil, which monocultures further worsen by reducing leaf litter and other natural erosion protection. As a result, feedstock farming could damage the soil and limit future crop yields.

This higher risk of soil erosion will endanger nearby waterways, too. As the soil erodes, it will take the chemical pesticides and fertilizers with it, introducing them to water. This contamination could endanger nearby wildlife that depends on this water.

Is Biofuel a Viable Option for Sustainable Agriculture?

In light of these benefits and downsides, can agribusinesses safely use biofuel? The answer depends on how they derive these fuels.

First-generation biofuels, which come directly from food crops, are generally unsustainable on a large scale. Studies suggest its GHG reductions are insufficient to meet renewable energy goals and their land use is concerning. Growing the feedstock necessary to sustain demand would ultimately cause more harm than good.

Second-generation biofuels, which don’t come from food crops or use feedstock waste, are a more promising alternative. These fuels often use grasses or waste vegetable oil, so they don’t contribute to destructive farming practices or compete with available food sources. They also tend to result in greater GHG reductions.

Some research suggests the 80 billion pounds of food waste Americans produce annually could turn into biofuel. These waste-derived fuels would create no additional demand for farms – avoiding detrimental effects while providing low-emission power.

Environmental concerns are complex. As farms look into biofuels and other sustainable technologies, they must consider the big picture of their ecological impact. While biofuels have many environmental advantages, not all of them are truly sustainable. Agribusinesses must ensure they use safer, second-generation alternatives if they want to use biofuels instead of other power sources.

Posted by Kanchan Sawant on 11/03/22, 12:26 AM
Import dependency is a huge loss for countries like India which also affects economy & rupee prices. No doubt biofuel is such a savior when the crude oil is almost finished. Companies like Aris Bioenergy is even producing it from reused discarded cooking oil. This is one of the best fuel that balances economy & environment at the same time. I hope the infrastructure is built in such a way that it reaches to everyone for better future.