Barilla Foundation: "An Urgent Rethink of the Global Food System Is Needed"

12 trillion dollars1. This is the hidden cost we sustain every year globally as a result of our agri-food systems, including irreversible damage to ecosystems (which also contribute to undermining food security in some regions) and increasing costs for public health, mainly due to chronic diseases due to unhealthy eating patterns. A huge figure that far exceeds the $10 trillion of market value generated by agri-food systems, creating a deficit of around $2 trillion. A revolution is needed to make available – by 2050 - up to 1.2 billion hectares of land currently used for agriculture and "save" $10.5 trillion of hidden costs1. This is the snapshot taken by the "Growing Better: Ten Critical Transitions to Transform Food and Land Use" report, discussed at the tenth International Forum on Food and Nutrition organized by the Barilla Foundation. 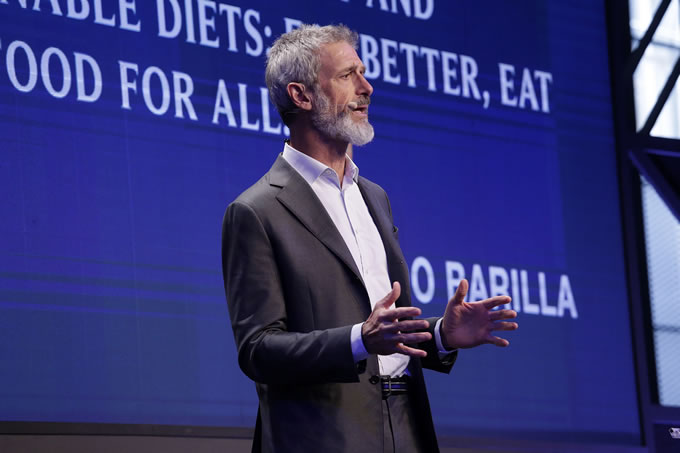 "With just 10 years left to achieve the SDGs of the UN 2030 Agenda, it's clear we have an urgent need to intervene on current agri-food systems, because the idea of development and progress based on the belief that the planet's resources are unlimited is no longer viable. We need to look at food in its economic, social and environmental dimension, placing all the actors concerned, from private sector to citizens, at the heart of the Development Agenda, to lay the foundations for an inclusive, lasting and prosperous future," explained Guido Barilla from the stage at the International Forum on Food and Nutrition. This kind of approach, according to the "Growing Better: Ten Critical Transitions to Transform Food and Land Use" study presented at the Forum by Jeremy Oppenheim, Systemiq, would also bring economic benefits: an investment in the transformation process of agri-food systems, amounting to $300-350 billion a year (less than 0.3% of global GDP), would generate a return of about $5.7 trillion - more than 15 times the initial cost - creating new business opportunities of up to $4.5 trillion a year by 20301.