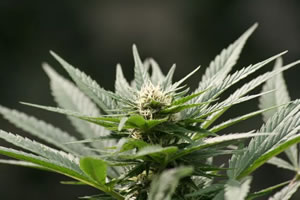 Indoor and vertical farming had a similar driving force in its early days, only instead of pornography helping to drive the technology development and innovation of this budding industry, much of the early technology developed for today’s modern indoor farming industry owes a debt of gratitude to the world’s indoor cannabis farmers.

But it wasn’t just pot. Another important driver of innovation in indoor farming was the focus from NASA and the promise/necessity of plant cultivation both in space and on other planets. This spurred a lot of the focus on aeroponic and water-efficient technologies (due to their low weight — optimal for transport). Although astronauts could likely benefit from a bit of recreational cannabis, most of the focus was on growing nutritious, edible and oxygen-producing crops with limited resources.

And although it often gets less coverage, another key element has always been the global greenhouse growing industry. Innovations from R&D in greenhouses of all different levels of sophistication have helped pave the way for indoor commercial farming in its current incarnations.