Smart farming uses modern technologies to increase the efficiency of agriculture, to use all resources more sparingly, to relieve people from monotonous work and to produce higher yields.

The Smart Future of Agriculture

How can the earth feed nine or ten billion people? "Smart farming" is an important part of the answer to this existential question: Extremely high efficiency in food production through the targeted use of the latest technology, computer-supported and – where possible – fully automatic. Seeds are individually and precisely placed; fruits carefully picked by mechanical grippers; fertilizers and plant protection products applied in small doses and in a targeted manner. These operations require a large number of small electric motors that are both robust and powerful. 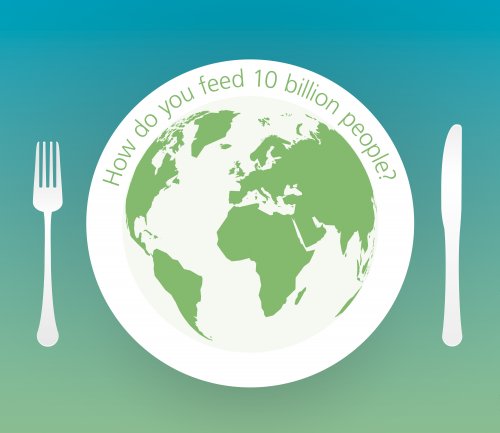 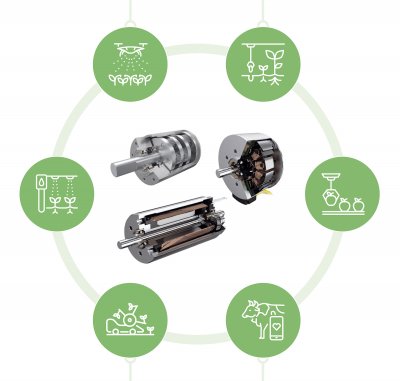 Quantum computers, space tourism or hydrogen technology – the latest technological hype focuses on constantly changing topics. Curiously, the most important sector is often overlooked: agriculture. Even though it has thus far reliably fed an exponentially growing human population. The agricultural revolution, which began in the 18th century, allowed yields to increase enormously. It is based on the increasing use of high-yielding varieties, mineral fertilizers and chemical pesticides, on mechanization and large-scale artificial irrigation. These interventions into the ecology are not without unwanted side effects, however.

All well-founded population forecasts predict that the human population will grow to between nine and ten billion people by the end of this century. The earth offers the potential to supply even this large number of people with sufficient food. Agriculture faces an enormous challenge here, however. Crop cultivation and livestock farming must produce more without endangering the life-sustaining resources. Fertile soil, clean groundwater and an intact natural world are our most valuable "resources." They must be protected at all costs.

Focus on the plant instead of the field

Until now, many important work steps in crop cultivation, such as planting, fertilizing and plant protection measures have been based on land area. When spreading seed or pesticide, one calculates the quantity per acre or hectare; the machines distribute the material with the appropriate flow rate. Instead of strengthening the plants, however, a portion of the nitrogen fertilizer, for example, reaches the groundwater, where it clearly does not belong. Tasks such as the pruning of fruit trees or the harvesting of delicate fruit and vegetable varieties require costly manual labor, while more and more enterprises suffer from a personnel shortage.

Smart farming uses modern technologies to increase the efficiency of agriculture, to use all resources more sparingly, to relieve people from monotonous work and to produce higher yields. In this context, one also speaks of precision farming, digital farming or e-farming. Using computer-supported and networked processes plus machine learning and customized robot functions, focus can be placed on the individual plants instead of the field as a whole. 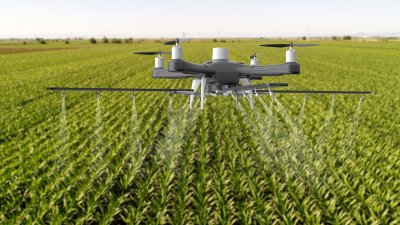 Targeted use of fertilizers and herbicides reduces soil contamination

The more directly the measures are targeted at the plants, the more economically and efficiently these measures can be used. For example, the use of herbicides can be significantly reduced if applied to the individual plants in a more targeted manner. Fruits and vegetables could be harvested by robots in continuous passes, always at the optimum ripeness.

Lightweight, autonomous field robots also provide an opportunity to protect the ground. Today's large agricultural machines weigh up to ten metric tons. With such weight, every pass results in dramatic soil compaction. This greatly limits the ability of the affected layer of soil to absorb water and air, thus strongly impacting soil life; the growth and health of the crop plants in the areas near travel paths are also impacted. Smart farming can help contribute to healthier soil and increased biodiversity.

Automation in agriculture and horticulture

For now, many applications exist only as studies or prototypes. But smart farming is already being put to practical use, such as in precision planting. This was originally developed for research and seed breeding. These machines can plant the individual seeds at precisely defined intervals. Each plant receives enough space to grow, and the acreage is optimally utilized. At the same time, the valuable seeds are used extremely efficiently.

The most modern machines use one separation module with electric drive per row. A motor drives a slotted or toothed disk that transports the individual seeds to the outlet. Using an intelligent controller, it is possible to precisely set the optimum spacing for each type of seed; when traveling around corners, the different radii of the individual rows can be compensated for. The feeding of the seeds to the disks is likewise controlled using motorized closures. 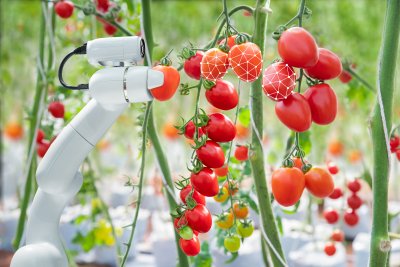 With vegetable and flower cultivation in greenhouses, many plants are first sprouted in small pots and later replanted in larger pots or in beds. In modern horticultural enterprises, machines perform the sorting and handling of plants and pots. Their machinery is very similar to that used in industrial production and logistics. There are conveyor belts and roller conveyors on which trays with products in various stages are transported, sorted and repotted. The grippers used here differ from those used in similar devices in other industries only in the shape of their "fingers." Driven by micromotors, they perform the automatic handling of the individual pots and root balls.

Self-driving harvesting machines for fruits and vegetables have not yet reached series maturity for general use, but the direction of the technical development is already apparent: camera-assisted sensors detect the degree of ripeness of strawberries or peppers on the basis of color and shape and record their exact position. The on-board computer uses this data to control a robot arm, which is equipped with a type of shears and a collection device. The prototypes of this technology are full of electric motors, from the single-wheel drive and the robot arm to the cutting apparatus and the collection system for the harvested produce.

"In conventional agricultural machinery, mechanical gear transmissions and pneumatic drives are very common," explains Kevin Moser, who, as Business Development Manager, is responsible for applications in this sector at FAULHABER. "For smaller-scale systems in smart farming, these are often too heavy, too bulky, too mechanically complex and too energy inefficient. We therefore see an increasing number of electric micromotors in use here that supply the power for specific work steps. The drives in an agricultural environment must, however, usually meet very high requirements." 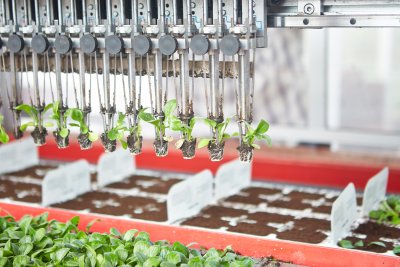 Modern machinery takes over the sorting and handling of crops

Unlike the traditional large devices, the machines and components used in smart farming are generally more compact and lighter. This means that there is often little space available for the motors. Nevertheless, as drives of sowing disks, flaps, grippers, robot arms or shears, they must supply sufficient power to reliably perform the respective task over countless cycles. At the same time, they should operate extremely efficiently, as the autonomous units usually draw their energy from batteries with limited power reserve. It must also be possible to integrate the drive electronics in networked structures and make intelligent control possible.

"These are typical requirements placed on drive systems of the highest class; the right answers are always standard issue at FAULHABER," says Kevin Moser. "Moreover, the drives used in agricultural environments must also be extremely robust so that they themselves function reliably and for the long term under the most demanding conditions. Large temperature fluctuations and strong mechanical loads are the norm in agriculture and horticulture. And, in spite of all of this, the costs must remain reasonable. We at FAULHABER can offer multiple series of devices that manage this balancing act." 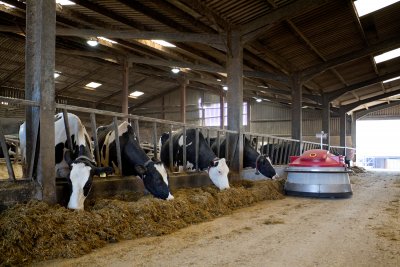 Moser is referring to the maintenance-free brushless and especially compact flat DC-micromotors of the BXT series as well as the exceptionally robust and cost-efficient copper-graphite motors of the CXR line. The gearheads of the new GPT series are very well suited for high load transmission under harsh conditions. Extremely efficient, they are also very robust and, thus, ideal for agricultural applications. Optional incremental encoders enable highly precise positioning. Various controllers, e.g., with CANopen interface, are available for the networking of the drive systems. "Drives from FAULHABER are already being used in smart farming," reports Kevin Moser. "They will continue to play an important role for demanding applications in this area."