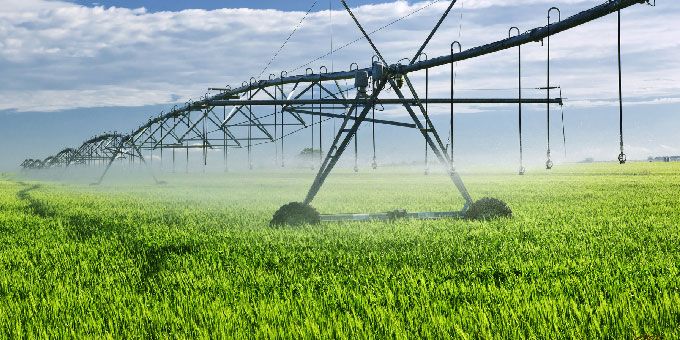 The rise of industrial agriculture has led to a range of innovations, largely out of necessity. To keep pace with growing demand, large-scale farms have needed to adapt their practices and embrace new technology.

Now more than ever, farmers must adopt sometimes unfamiliar equipment to feed a growing population instead of relying on human labor to complete daily tasks. Farm automation, or smart farming, has transformed agriculture. Farmers now have access to nearly any automated tool or machine they need.

Although some farmers still utilize older tools and techniques, many have accepted the changing course of agriculture. Smart farming helps make farms more efficient. It allows farmers to focus on improving the production of crops and livestock without having to sit in a tractor or remain in the field all day. It offers consistency with daily tasks.

The agricultural industry has seen a plethora of technological advancements and automated systems in recent years. Some of those have included drone technology and GPS systems. However, a new opportunity is at hand through smart irrigation. The chance for autonomous pivot systems creates new opportunities.

Irrigation is necessary for agriculture. Farmers who grow crops for humans and ranchers growing crops for their animals both rely on watering systems to operate. Irrigation systems on farms have come a long way. The simple watering can is now a large-scale system of multiple sprayers, ensuring each field section gets enough water to thrive.

Typically, farmers will use pivot irrigation systems. They consist of a center pivot and a single long pipe that rests on multiple wheels, allowing it to move around the land easily in a circular motion. Water runs through the line and pushes through a series of attached sprinklers to water the ground.

Pivot irrigation is an efficient method of watering crops. The center pivot station houses a motor and a water pumping station. Water comes from a lake or a river source and runs through pipes under the ground to the pivot center. The entire irrigation system is autonomous. Agricultural workers can run the machine from computers, allowing it to stop and start or change water flow.

Even though this system has provided efficiency for many large-scale farms, advancements are still an option, especially if farms have to keep up with an increasing population. Autonomous pivot systems require farmers to track the motion of the pivot center and plan for weather conditions.

A significant opportunity is available for smart irrigation systems with pivot irrigation. Using artificial intelligence (AI) in conjunction with the well-known autonomous pivot systems can allow farmers to step back from their phones or computers and let AI do the work for them. This means pivot systems can fully operate on their own.

Smart pivot systems can incorporate cameras and other sensing technologies to ensure the crops get the exact amount of water they need to thrive. Additionally, different cameras and sensors can be directly added and connected to the sprinkler system to help eliminate weeds, detect diseases, and apply fertilizers or pesticides.

Pivot machines can optimize irrigation and essentially become smart, autonomous growing machines. They can go beyond turning themselves on and off or adjusting the speed. Equipping them with various applications and additions allows them to change the flow rates and monitor field moisture conditions.

Pivot irrigation systems can interconnect through the Internet of Things and work with information from complementary devices like soil sensors, aerial imagery from drones, weather data, user input and crop modeling. Farmers already utilize these innovative tools on their farms, and with a simple connection to the irrigation system, they could have a smart irrigator.

Besides using smart technology to create the perfect watering conditions for each crop, farmers can use it to detect malfunctions within the pivot irrigation system, like nozzle replacements or clogged sprinkler heads. Smart irrigation optimizes the experience and accurately assesses the land to limit water waste and create near-perfect watering techniques.

Other Examples of Smart Irrigation

Although smart irrigation with autonomous pivot systems is relatively new, other methods are already available, which makes pivot irrigation more promising, especially considering that many farmers already use these systems. This means they won’t have to exchange their setup for a different intelligent irrigation method.

Below are a few examples of smart irrigation that have proven effective:

The goal of smart irrigation systems is to limit water waste and provide just enough to help the plants grow. Home gardeners already utilize smart irrigation for their crops, so taking this technology to industrial farms matches the sustainability goals of environmentalists and allows farmers to free up their time for more pressing projects and tasks.

What Will the Next Decade Bring for Ag-Tech Irrigation?

Agriculture can continuously improve and progress. In the next decade, there will hopefully be more opportunities for precision irrigation in agriculture. Multiple systems are in use worldwide, including rain, drip, sprinkler, flood and micro-irrigation. Each of these types includes more specific methods.

More farms are moving toward precision agriculture to improve efficiency, sustainability and profitability. Water usage is a concerning topic for the farming sector, as 65% of the world’s freshwater goes toward farming. Environmentalists and those concerned with water scarcity often blame the agriculture industry for wasting this resource.

The push toward water conservation in agriculture means irrigation systems will have to be more precise than ever. Shortly, ag-tech companies will most likely hone their knowledge of irrigation and utilize even more artificial intelligence, sensors and monitors to limit water usage while giving plants enough to grow.

The center-pivot irrigation system is one of the most popular for industrial farms. By conjoining smart and pivot methods, farmers have the opportunity to be even more efficient and profitable.