Because hydroponics, aeroponics and aquaponics do not use soil, they can be established indoors in locations that have cold, severe climates. These growing methods can also be used in localities that have poor, sandy soil. 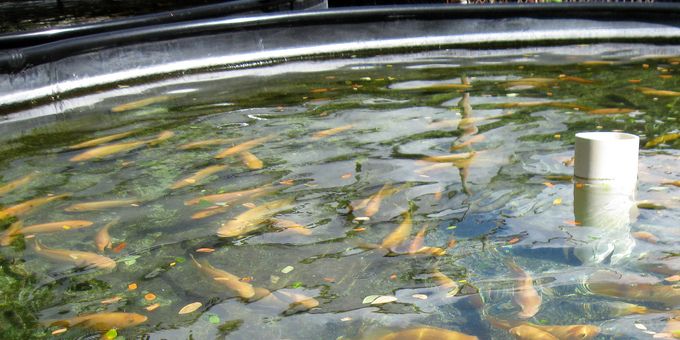 #1 Article for 2018 - Growing with Hydroponics, Aeroponics and Aquaponics

Hydroponics, aeroponics and aquaponics are types of organic, ecologically responsive and maintainable gardening.

What are the differences?

Hydroponics uses liquid, sand, gravel, and other materials to grow plants away from a soil environment. The plants’ roots get nutriention from water that is enriched with liquid plant food.

Hydroponics is noticeably better than conventional farming methods since the basic requirements of a plant are few—water, sunshine, and nutrients. In a hydroponic system, a plant does not need an extensive root system because it does not have to expend energy seeking nutrients as it does when grown in the ground.

By applying nutrients directly to the roots, plants can be grown in a smaller space and they will grow as much as two times as fast as soil-grown plants. A smaller space allows for the plants to be concentrated, allowing for more production. When the root system is contained in a closed channel, there is less evaporation and water consumption.

Most crops can be grown hydroponically, but the most common are leaf lettuce, tomatoes, peppers, cucumbers, strawberries, watercress, celery and some herbs. The method for growing these plants consists of a deep bed (18 -24 inches) of sand, pea stone or trap rock placed in a trough, which inclines to drain off any excess solution of nutrients. A minimum angle of 2% is recommended. Seedlings are placed directly into this medium and watered several times per day with a nutrient solution.

To grow lettuce, tomatoes and cucumbers open or closed plastic troughs are commonly used. The troughs are usually filled with peat moss, vermiculite or perlite and the right nutrient solution. Three-inch diameter PVC pipes averaging 10-12 feet with holes 6 inches on center are used for leaf lettuce production. The troughs are mounted on rollers or movable racks, which are used to move the pipes from the growing area to the packing room.

In addition to the plant support system, tanks, pumps and controls are required. The tanks are made of concrete, plastic or fiberglass. Submersible pumps that are used with chemical solutions are employed as the fertilizer salts will corrode pumps made for water. The controls can be simple time clocks and manual switches, or computers that automatically adjust the chemical content of the nutrient.

Aeroponics is a method of growing plants in a moist environment. The plants are suspended in an enclosed setting and water, mixed with plant food, is sprayed onto the roots. Aeroponics systems are frequently employed in an enclosed environment like a greenhouse so that the temperature and humidity can be accurately regulated. Although sunlight is the principal light source, some additional lighting may also be added.

In an aeroponics system, the roots of the plants are misted with nutrients, water, and oxygen. Using a closed loop system, 95% less water than field farming is used and 40% less than hydroponics.

LED lights are used to create a precise light formula for each plant, giving the plants the exact range, intensity, and frequency that the plants require for photosynthesis in the most energy-efficient way.

With aeroponics, a grower can take the exact same seed from the field and grow it in half the time as a traditional field farmer, leading to 390 times more productivity per square foot than a commercial field farm.

Using aeroponic technology, researchers discovered the yields of plants grown were more than 30% larger on average. For example, red kale had a 65% increase, bell peppers had a 53% increase, cucumbers were 7% larger, and squash 50%. Both aeroponic and soil growing methods produced comparable nutritional value.

With traditional growing methods in soil, a lot of space is required. The problem is that we have less and less of it, and we are losing about 3,000 acres of farmland to development every day. But growing aeroponics vertically requires only 10% of the room traditional farming needs.

Aquaponics is unlike both hydroponics and aeroponics.  Aquaponics uses a combination of aquaculture (raising fish) and hydroponics.

By adding fish into the equation, a natural ecosystem exists, in which fish, plants, and bacteria flourish off each other. The waste from fish and the living bacteria in an aquaponics system deliver all of the nutrients the plants need. The fish and the bacteria create a cleaner, non-toxic environment for the fish to live in. This also eliminates the need for a nutrient solution mixed with chemicals.

Aquaponics systems work by using the waste from fish to naturally provide nutrients to nearby water-grown plants. Similarly, wild fish supply nutrients to plants in a natural ecosystem. Let’s say an aquaponic setup includes tilapia or shrimp grown in one tank. The water and nutrients from this tank is transferred to a biofilter in another tank, which changes the fish waste (ammonium and urea) into fertilizer. This is then transferred to a tank of lettuce.

One benefit is that producers grow plants and fish in a closed system, where the water cycles through the system with very little lost. Therefore, no chemical fertilizers windup in nearby streams and watersheds. Aquaponics allows produce to be grown locally, leaving the natural ecosystems unaffected.

About two gallons of water is needed for every pound of fish. The fish will be living in a tank environment. Therefore, for maximum growth, the fish need to be able to live in crowded conditions. Fish that grow fast are ideal, as the growth of the plants is reliant on on the waste excretion from the fish.

Tilapia meets these exact standards. They grow quickly. They can live in a high-density environment and can thrive in a tank environment. Other common aquaponics fish are perch, catfish, trout, and hybrid striped bass.

One of the significant advantages of aquaponics, besides growing and harvesting fish for protein, is that it is a natural and organic process. Aquaponics is proven to achieve healthier growth, suppressed disease rates, and less maintenance.

Because hydroponics, aeroponics and aquaponics do not use soil, they can be established indoors in locations that have cold, severe climates. These growing methods can also be used in localities that have poor, sandy soil. Water farming could be the way that we feed our growing population.

Posted by Vasanth Anju on 11/01/18, 04:34 AM
Hydroponics is a new method which can give high yield in minimum time span and the foods are also high in quality and quantity. As hydroponics method of agriculture is a space saver, people enjoy doing it and they feel having a hydroponics garden on their own and spending time for it as a great stress relief in their busy schedule. Click hydroponics in Chennaifor more details