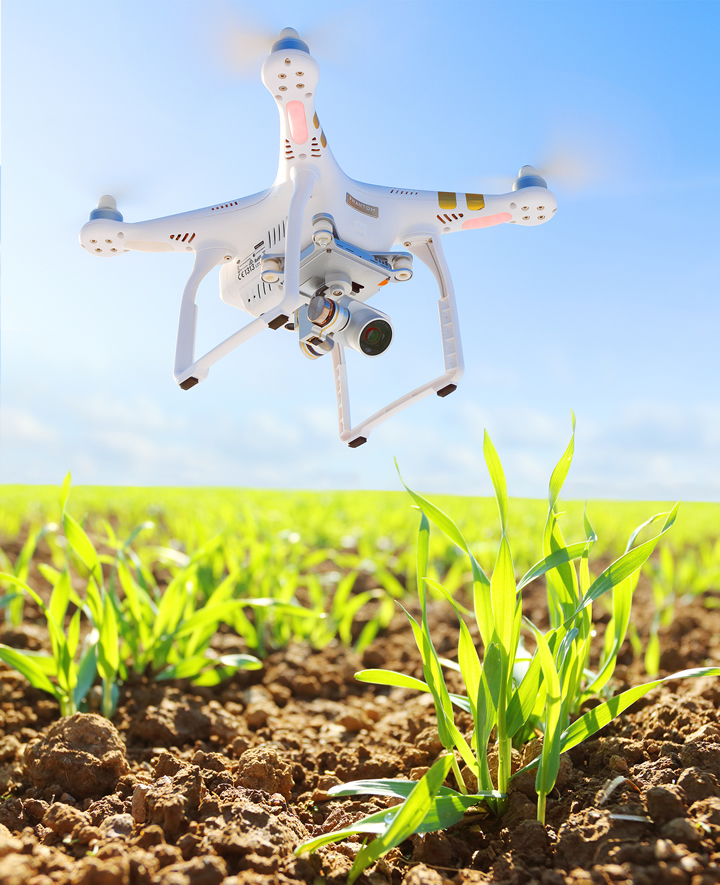 Agriculture is a particularly challenging industry because so many factors that affect results are beyond human control. Changes in temperature, water availability, and wind can all support or damage a farmer’s success. Today, technology gives many farmers an advantage by predicting upcoming weather and drought conditions.

Some farmers are using optical sensors to catch pest infestations before they get out of hand. Sensors designed by the agtech company FarmSense use lasers to identify certain insect species. Their technology uses machine learning for identification and acts as a guard dog to warn farmers of incoming invasive species.

Currently, this technology is too expensive to be used on small-scale farms. However, the price per sensor should decrease as more agricultural experts realize its potential and use becomes more widespread. FarmSense likens its technology to lasers used to listen in on secret conversations – they give farmers a heads up about potential damage to their crops.

Many farmers use pesticides to control insects that could destroy their crops. However, pesticides damage healthy soil, they’re expensive, and studies show they’re a health risk for humans. Some scientists are turning to artificial intelligence as a potential solution. With the right programming, AI could track insects and use precision spraying to take them out.

A group of scientists in the Czech Republic has been experimenting with robots that can identify pests in a greenhouse. In the future, farmers may be able to let drones and other robots protect their plants while they focus on analytics and other ways to improve crop yields. Using AI to destroy insects could reduce the amount of pesticide farmers use, reducing their impact on the environment.

Farmers in Japan are escaping invasive pests by taking their greens inside. This method is known as indoor vertical farming and grows plants in stacks that fill a building instead of a field. Farmers can experiment with the quality of light and water to grow healthy, pesticide-free greens that don’t have to travel far to customers.

These farms produce more food with less labor due to automation. They’re able to grow healthy plants with less water and energy-efficient lighting. Because greens grow inside a building, they’re not damaged by changing temperatures and weather conditions. Although initial costs are high, this method could supplement the work of traditional farms.

In South Africa, farmers are using software to track locust swarms as they move across the continent. Real-time tracking gives the farmers a much-needed edge for exterminating these invasive insects and protecting their crops. Earlier this year, a gigantic locust swarm stripped over 19,000 square miles of farmland.

This technology has been used with success in East Africa, where locust swarms were a major problem a few years ago. The app combines precise data from farmers and ranger patrols plus environmental sensors to predict where the pests will show up next. If they’re spotted while juveniles, locusts can be easily exterminated and African crops protected.

The fishing industry has also been impacted by invasive species. In the Caribbean, lionfish are expanding rapidly and threatening scores of native species. Lionfish don’t have natural predators in invasive areas and they devour the smaller prey that commercial fish need to survive.

To combat this problem, the CEO of iRobot is using automation to hunt and capture lionfish underwater. Once removed from the ocean, these fish are sold to restaurants as an expensive delicacy. During two days of testing, the underwater robot was able to catch 15 lionfish. If adopted on a larger scale, this technology could make a massive difference in the fishing industry.

Farmers face enough without having to worry about the effects of invasive species. Thankfully, modern applications of technology are equipping farmers to track, catch, and even kill invasive pests before they can become a major problem. These applications are being used and developed all over the world.

As this technology becomes more widely used, the cost of sensors, robots, and apps should go down. Technology will never replace experience or connection with the earth, but it’s proven to be a useful tool for farmers dealing with destructive invasive species.