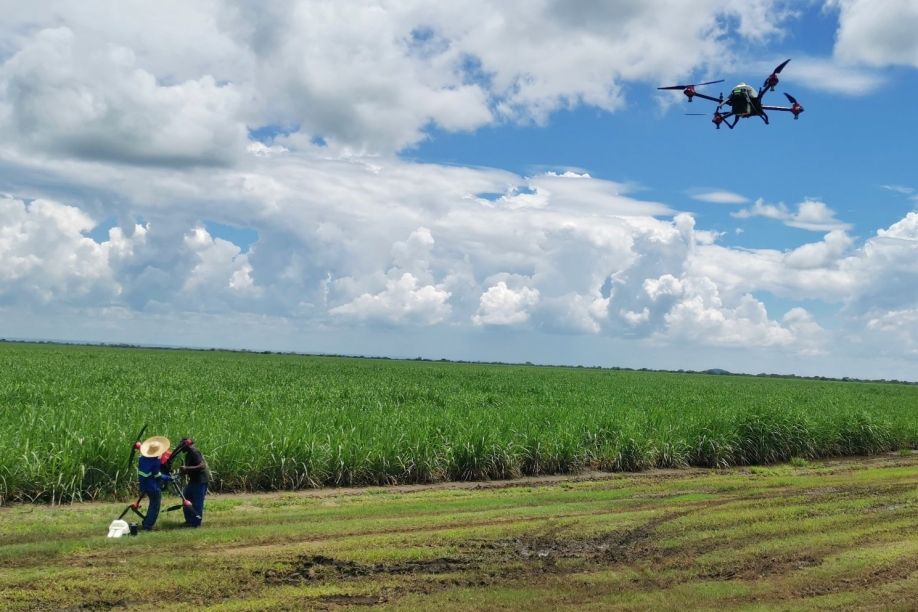 The UN warned last week that East Africa remains under the threat of desert locust invasions, due to the prevailing favourable breeding conditions which enable new swarms to form and increase. As African countries are getting prepared for the imminent locust crisis, the smart agtech company XAG has proposed that agricultural drones, through more targeted night spraying application, can strongly support the current ground and aerial control measures. Drones specifically developed by XAG for agriculture can be used to combat the ravenous pests that have wreaked havoc on food crops and placed millions of people into hunger.

Drones to Ease the Burden

The unusually rapid spreading of locusts in Africa is largely the result of erratic weather associated with climate change. Prolonged rains lead to moist, humid desert lands and flourishing vegetation, which creates a conducive environment for locust swarms to breed freely.

According to the FAO Desert Locust situation updated on 22 January, the Greater Horn of Africa, including Ethiopia, Kenya and Somalia, is the most-affected region witnessing the arrival of more immature swarms. The estimated above-the-average rainfalls brought by Cyclone Gati cause the swarms to complete maturation and lay eggs. This will give rise to multiple generations to be born during February and March, again putting food security and the livelihoods of rural households in danger since the last upsurge turned calm in July 2020.

Finding versatile, easy-to-use new tools to tackle these notorious locusts becomes more urgent when local farmers and response teams have been struggling to contain them. In times of this crisis, drones provide an innovative complementary solution to the more expensive manned aircraft or the less effective manual spraying method. They can be used to conduct ultra-low-volume (ULV) precision spraying of chemical or biological pesticides to kill the locusts, especially in the impacted areas otherwise inaccessible for ground vehicles and aeroplanes.

When the locust swarms are unscrupulously flying and densely-packed during day, it is suggested unsafe and ineffective for drones to carry out spraying operations. However, XAG's agricultural drones with night-operation mode are able to join the locust "air force" under certain circumstances. They can either target the wingless nymphs and hopper bands at the early stage, or launch an attack when the flying adults settle down after sunset.

The use of unmanned devices is also expected to help lessen the strain on supplies and human resources that are needed to suppress the locust outbreaks in the poverty-stricken regions of Africa. Fitted with four rotary atomisers, XAG's agricultural drones can operate fully autonomous on a predetermined path and deliver uniform sprays three metres above the targeted locust swarms. This means that less sophisticated skills of the field operators are required, while reducing the quantities of pesticides used to minimum level. Such unmanned technology therefore shows strengths to fight a locust invasion amid travelling restrictions and social distancing imposed due to COVID-19.

The Night Guard to Protect Livelihoods

In a recent demonstration of drone spraying, Sunagri Investment Zambia Limited, as XAG's global partner in Africa, has put forward the new ideas of night-time locust control to the Ministry of Agriculture and Zambia Disaster Management and Mitigation Unit (DMMU). It is now on track to get its XAG gear ready for possible locust outbreak during the upcoming dry season. Sunagri offers precision crop-spraying service with XAG's agricultural drones in Zambia, Uganda and Tanzania, helping farmers sustainably treat pest diseases and reap the benefits of improved yields. In 2019, XAG has worked with Sunagri to provide drone interventions that yielded success to manage the crop-devouring fall armyworm.

Fraser Zhang, the owner of Sunagri Zambia, explained the solution on how to apply drones more effectively to support the locust control operations. The first step is to survey and map the fields before sunset in which locust swarms are identified. Then drones can be deployed at night to concentrate their spraying forces against swarms which become inactive and rest on trees or on the ground after sunset.

"During daytime, the locust swarms spread out over an extremely large area and stay mobile in the air for long periods. Their dynamic movement makes them much more difficult to be contained. But at night, what we would aim for are static objects which can be accurately sprayed," said Zhang.

The Desert locusts are one of the species of short-horned grasshoppers, which have been considered the world's most destructive migratory pest. They usually form into a swarm whose density can reach up to a whopping 80 million per square kilometre, eating massive amounts of crops and vegetations and leaving people inflicted with food losses. The locusts can reproduce exponentially, and if left unchecked, a group of its population would multiply 20-fold in only three months and grow 400 times in half a year.

According to the United Nation, since January 2020, the hungry desert locusts have swept across dozens of countries in Africa and Southwest Asia, some of which reported the worst locust upsurge in decades. The Greater Horn of Africa and Yemen are the epicentre of crisis, with over 48 million people facing acute food insecurity.

Zambia also experienced a similar infestation on 300,000 hectares of land in 2020, but by a different species called African Migratory Locusts (AML). "The Western Province of Zambia is worst-hit by the locusts. It is anticipated that the mature swarms have already laid eggs at this point, which will hatch and lead to a new wave of invasions in coming months," said Fraser Zhang.

With more extreme weather events making frequent occurrences, the locust crisis is not likely to fade away very soon. We should be racing to test new tools and technologies such as agricultural drones which would help better respond to any outbreaks now and in the future.

Founded in 2007, XAG is an agriculture technology company and one of the world's largest agricultural drone makers. It is devoted to advancing agriculture that can sustainably feed the world's growing population with positive social impact on earth. XAG's vision is to build the infrastructure of agriculture for the next 100 years, that will provide the world with sufficient, diversified, and safe food. Up to 31 December 2020, XAG's smart agriculture solutions have served over 9.31 million farmers and 52 million hectares of farmland.