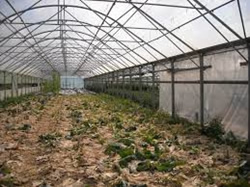 A May 10 article on GreenBiz discusses the central role collecting data about the progress of crops plays in the work of Aerofarms, a New Jersey based producer of vegetables which is able to produce large amounts of nutritious food indoors without using pesticides or large amounts of water. Los Angeles based consultants Fire Protection Group, Inc. says that there’s no doubt the field of indoor farming holds tremendous promise in terms of expanding the production of all kinds of foods and other plant-based products with both sustainability and cost savings in mind. However, the firm adds that the data collection Aerofarms depends on is just one of many uses of electricity which make appropriate fire protection measures a top priority for all kinds of indoor farmers.

The use of sensors and special cameras to collect information on the progress of crops as described by GreenBiz obviously adds to the vital role of electricity in growing plants indoors, says Fire Protection Group. After all, high intensity lighting plays a key role in hydroponics and other methods of indoor growing methods; the high amounts of electricity involved and the heat generated by the lights means that potentially dangerous mishaps are always a possibility. The consultants say that such basics precautions as fire sprinkler systems, fire extinguishers, fire alarms, and ensuring that exit routes are clearly marked are especially important in a space filled with a great deal of potentially combustible plant material.

Fire Protection Group notes that most owners and managers of all kinds of businesses are keenly aware of the need to be compliant with all legal regulations and codes pertaining to fire. However, with so much at stake, it’s not simply a matter of following the letter of fire safety rules, it’s also a matter of actually protecting lives and property, says the firm. It notes that its team is dedicated to providing clients with the highest level of safety, while also keeping costs under control so that clients get the best possible protection for a sum that will fit in with their overall budget, says the firm.

Fire Protection Group Inc. notes its team includes some of the most respected figures in the field: general manager George Saadian, a leading expert and author, as well as Los Angeles Fire Department veterans retired chief Al Hernandez and Captain Bob Holloway. As the field of indoor farming becomes more widespread in the greater Los Angeles area, the firm says that it is looking forward to helping players in this very exciting new field to go about their business in the safest and most productive manner possible.

Readers who are interested in learning more about Fire Protection Group, Inc. are welcome to call (888) 251-3488. Readers can also visit http://www.firesprinkler.com/.