Most farmers would probably agree that pest monitoring and management is an ever-evolving practice that requires undivided attention to both your crops and trends in the pest space. That’s because insects are constantly evolving. 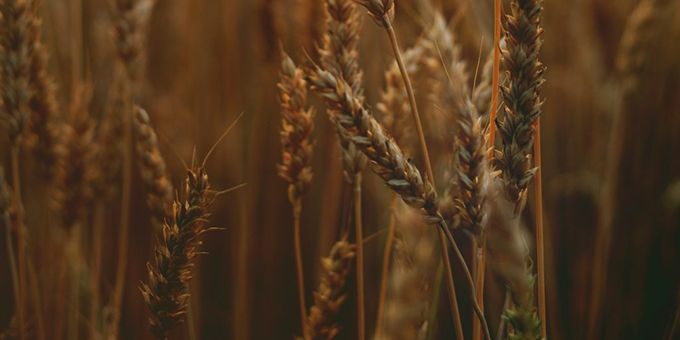 A Practice That Evolves as Much as Pests Themselves

Most farmers would probably agree that pest monitoring and management is an ever-evolving practice that requires undivided attention to both your crops and trends in the pest space. That’s because insects are constantly evolving in an attempt to outsmart and resist the latest prevention and elimination methods. The rate of these evolutionary tolerance developments has seemingly increased in the last century and many researchers believe that this is due to our propensity to create new insecticides to stay a step ahead of pest immunity/resistance.

Globally, up to 40% of crop production is lost each year to pests and invasive insects cost the global economy around $70 billion, according to the Food and Agriculture Organization of the United Nations. With numbers like this, it should come as no surprise that farmers are constantly searching for the next trend in pest management. That’s why we decided to take a look at what pest management will look like in the future.

A Look Back at Pest Management

To best understand the development of next gen pest management, it is important to know what we’ve done in the past. As we explored in our article on the history of agricultural pest management, humans have been battling destructive insects for as long as we’ve been farming — around 12,000 years. For example, ancient Sumerian records indicate that farmers used sulfur as a way to deter pests as far back as 8,000 B.C. By 1,200 B.C., farmers in China began incorporating the use of essential oils, wood ash, and chalk against insects. Romans were practicing controlled burns to reduce locust populations. Of course, other non-science-based methods were implemented, like the ancient Roman superstition that said farmers with caterpillar invasions could save their crops by having a lady run barefoot through the fields. It likely didn’t take long for farmers to recognize the inefficiency of these comical, less traditional methods of managing pests.

If we take a look at the previous 100 years, pest management was widely supplemented with various synthetic chemicals aimed to discourage or kill problematic insects. As mentioned, this method has proven to be quite effective, lending to the fact that farmers still utilize pesticides and insecticides today, however, synthetic insecticides don’t come without their own set of unique issues. Aside from the potential environmental impact of pesticides, farmers also face the added costs of chemicals, labor, and application equipment. Additionally, many insect populations maintain the ability to quickly evolve or develop a degree of immunity or resistance to pesticides. In fact, according to the University of California, San Diego, there are “currently insects resistant to every synthetic chemical insecticide used.” [2]

If you find yourself asking, “why don’t we just create new pesticides each time insects become resistant to an existing one”, you’re not alone. However, as we will explore in our next article, there are a litany of sustainability issues that come along with this approach to pest management.

The Future of Pest Management

Pesticide use likely isn’t going away anytime soon. Given the global rate of population growth and food demands on the agricultural industry, a pesticide-free world isn’t one that is viable, at least in the foreseeable future. Instead, many believe that the solution is simply better use of our existing pesticides. Instead of constantly blanketing a field of crops with X, Y, and Z pesticides, farmers are recognizing that increased monitoring practices may be the solution to reducing pesticide use, amongst a few other methods that are making modern commercial farming feel like a science fiction novel.

Real-Time Monitoring – One of the most significant areas of change in the world of pest management is monitoring practices. First there were sticky traps that we used to monitor for pest pressure, but those aren’t without many pitfalls. Agricultural operators then tried photo and video-based monitors, but those have largely proven to be inherently expensive, prone to breakage and failure from environmental exposure, and not always accurate. Most recently and for the foreseeable future, farmers are making the move to real-time monitors using computational entomology.

Companies like FarmSense have developed the next generation of autonomous, real-time insect monitoring and identification based on AI and machine learning. FarmSense’s device, called the FlightSensor, allows farmers to monitor pest pressure in real-time from a user-friendly mobile app or computer dashboard. This sort of visibility to insect presence gives cultivators the ability to know precisely when and where pesticides should be applied, eliminating the inefficient and costly “spray and pray” technique that so many farmers have relied on in the past. Autonomous predictive pest identification and management is undoubtedly the highlight of modern and future pest management.

Gene Editing – Equally science fiction-esque is the practice of genetic editing and modification of pests to reduce population sizes. With this practice, scientists genetically modify a control group of insects to render them — in most cases — sterile or to decrease their lifespan. From here, the group of modified pests are strategically released near known breeding areas where they then spread their modified genes.

Researchers are also exploring gene editing techniques that reduce or eliminate protective attributes of a given insect. For example, scientists at the University of Hawaii have identified the gene which gives some insects a protective wax-like coating. By modifying this gene in insects, the hope is that they [insects] will become more vulnerable to environmental stressors as well as human intervention techniques.

Growth Regulators – The popularity of growth regulators or inhibitors continues to rise. These chemicals are intended to target specific pest species, disrupting, or altering their growth and life cycles, which in turn, completely throws their reproductive cycles off-kilter, ultimately reducing populations.

How You Can Future-Proof Your Farm

Nobody likes to feel like they’re behind the curve when it comes to something as important as monitoring and controlling pests in your commercial agriculture operation. However, you shouldn’t feel as though you must sell the farm just to implement all the latest and greatest methods of pest management.

Many farmers agree that a robust monitoring system is the first — and most important — step to not only future-proof your pest management and monitoring systems but controlling pests as well. That’s because without data to justify your decisions, you’re essentially firing blindly into the dark. Not just any data makes this viable, but accurate and as close to real-time data as possible are the key aspects to knowing when, where, and how to manage any pest presence. That’s why many agree that a real-time monitoring system with data-backed evidence of accuracy, will put you in the driver’s seat of pest monitoring and controlling pests. By collecting data on your crops, you’ll be arming yourself with the information needed to make better decisions around your plan of attack.

Take the first steps to future-proofing and understanding pest populations on your farm by contacting FarmSense to discuss or schedule a demo of their award winning FlightSensor technology and real-time insect monitoring device.