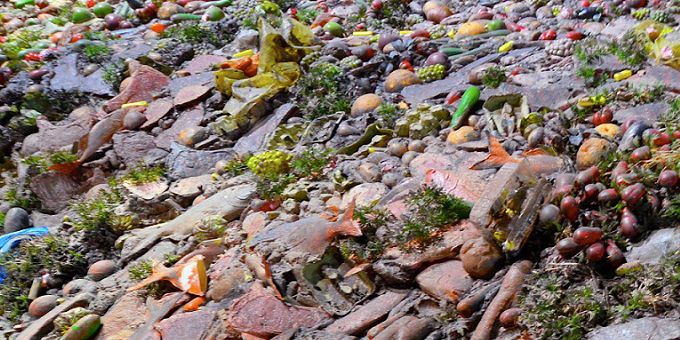 United Nations estimates there are 690 million people in the world suffering from hunger. This is a damming figure, especially when you consider 1.3 billion tons of food in production, through the value chain and in the hands of consumers, are lost every year globally. Here, Claudia Jarrett, US country manager of industrial parts supplier EU Automation, argues that manufacturers must play their part in reducing food waste.

The United Nations report also states that 8.9 per cent of the world’s population were undernourished last year, and the current figure of 690 million people who suffer from hunger could exceed 840 million by 2030 if current trends continue.

Yet, Stop Wasting Food claims if the amount of food wasted around the world was reduced by just 25 per cent, there would be enough to feed all those currently suffering from malnourishment. Food manufacturers play a major role in reversing food waste, not only by influencing supplier and end consumer behaviors, but with direct and tangible action in their own operations and product design.

Moreover, according to the United Nations Food and Agriculture Organization, around 14 per cent of the world’s food is lost after harvest and before reaching stores and markets. An answer which could help reduce this percentage could lie in machine learning, with its use to monitor the quality of food being produced.

Machine learning — the ability of computers to find patterns in data — predicts and offers decisions without being explicitly programmed. In terms of the food manufacturing process, machine learning helps detect plant and fruit diseases, and could even be extended to monitor the quality of fruit and other foods.

For instance, sensors can be deployed to measure physical properties, such as firmness and acidity, to determine product quality. This data can then be recorded and transferred to computer algorithms, allowing for faster and more effective quality prediction in fresh produce.

For example, imaging techniques have been coupled with machine learning algorithms to detect bruises, cold injury and browning in fruit, such as apples and pears — and even citrus to detect various defects in tomatoes. Removing these units from the supply chain at an earlier stage results in less production wastage.

Most waste at manufacturing and processing facilities is generated while trimming off edible portions such as skin, fat, crusts and peels from food. Some of this is recovered and then used for other purposes. For instance, in the US, about 33 per cent of food waste from manufacturing goes to animal feed. However, even with these reused methods, billions of dollars’ worth of food is wasted in the food processing or manufacturing stage.

To help eradicate some of this food loss, manufacturers can capture data for better decision making. After all, if a manufacturer is not capturing its production data, then it is impossible to make educated judgements or assess the situation when things go wrong.

Consider this as an example. A frozen meal manufacturer is forced to dispose multiple batches of products because the food inside has spoiled. Due to a cancelled order from a store, the manufacturer did not have the refrigeration space to store the product — but unfortunately, this was not communicated in time to stop production.

This could have been avoided by using intelligent software. By vertically integrating enterprise resource planning (ERP) data and customer orders with production, the plant operator could have been automatically alerted to the cancellation.

In fact, a recent case study at Normandy Waste Management Systems in Washington, highlighted a manufacturer that produced 175 tons of food waste every month. The manufacturer used Normandy 3.0 weight-to-cost tool, a software that pinpoints the actual value of the waste stream, to monitor long-term trends and  measure waste reduction progress. The software allowed the manufacturer to identify the type, line and shift of the key wasted ingredients, which indicated $64,000 a month was wasted on ingredients.

The 690 million people in the world suffering from hunger might seem like a big problem to overcome. Yet identifying the problems and acting quickly, in this case deploying industrial software, is the first step towards tackling it. This is where hardware, like sensors, offers a powerful accomplice in reducing food waste, even in the world’s fastest and highest-volume production lines.