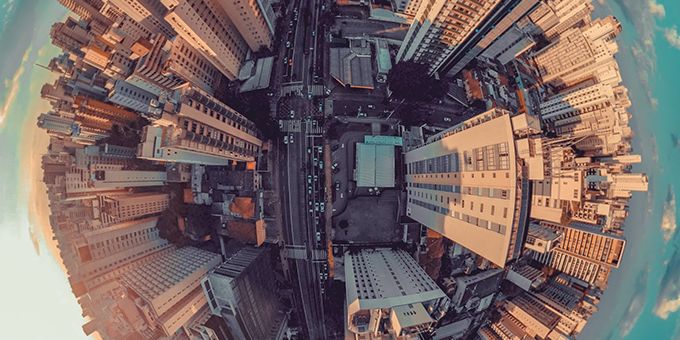 It’s no secret that the world’s food system needs help. Our growing global population is urbanizing at a rapid rate – it’s estimated that 9 billion people will live in cities by 2100 – and traditional food sources will fall woefully short of being able to meet their needs. Vertical indoor farming is poised to become a transformational and indispensable part of our food system as we face the challenge of feeding those people. We’ve begun to see the first glimpse of successful vertical farming in the market, and system-wide automation will be the key to unlocking its full potential.

Already, urban dwellers around the world are enjoying freshly harvested produce grown locally on spare rooftops, in old shipping containers, and in repurposed warehouses. These farms provide tremendous benefits to consumers and producers: they can grow pesticide-free, nutritious leafy greens year-round in a controlled, space-, time- and resource-efficient way. The industry has experienced a rapid acceleration of growth and interest, with the likes of Jeff Bezos and Eric Schmidt placing early bets on the potential of this industry. Along with substantial investments, major partnerships with airlines, retailers, and governments are increasing the presence of vertically grown produce in our day-to-day lives.

However, despite the demonstrable consumer demand and investment around vertical farming, there is a significantly low volume of vertically farmed produce in the market. Why would this be? These farms are offering fresher and cleaner food than urban consumers have traditionally had access to before, and these products are arriving at a time when the local and organic food industries are positively booming.

What it comes down to is a simple fact that vertical farming is currently not a profitably scalable venture. In 2017, 73% of vertical farms were not profitable, even considering the premium at which their products are often sold. The vast majority of vertical farms have not been able to successfully expand to different locations and different markets. Overcoming this hurdle is essential if vertical farming is to capture a meaningful share of the retail and food service market in the US and abroad. The only way that vertically farmed produce can become a mass-market product is through system-wide automation.

Currently, no vertical farm has automated sufficiently or successfully enough to scale effectively or be price competitive in the current mass-market supply chain. This is not due to a lack of intellectual or capital resources, but rather the tremendous inherent complexity of automating the growth of a living plant and replicating it continuously. An apt analogy is Tesla. Tesla has run into enormous difficulty with automating the fabrication of what should be a predictable assembly line. Even with substantial financial and human capital, Tesla went through hell to make robotically automated car production lines a reality. Now replace the car with living organisms, and the profound complexity of this effort becomes apparent. Given this incredibly high barrier to entry, why would developing system-wide automation be a worthwhile endeavor?

Agrilyst reported that in 2017, labor accounted for 56% of production costs for vertical farms. Labor remains the single highest operating cost for even the most well-capitalized vertical farms in the world. Vertical farms must find more efficient ways to operate through strategic and sparing use of human labor in order to overcome this tremendous barrier. Total system automation must be developed if vertical farms hope to deliver on current promises and change our global food system.

The majority of commercial vertical farms exist in Level 2 (basic growth and automation). A small number of vertical farms – in pursuit of scale and improved margins – have managed to operate commercially in Level 3 (conveyor automation). Only a subset of the most well-capitalized vertical farms has attempted the jump from Level 3 to Level 4 (adaptive automation) – unfortunately with little commercial success. Here, complex logistics and decision-making will become the responsibility of the machine; it will be the most difficult of all the transitions. In addition, almost all vertical farms do not have the necessary ingredients to even attempt such a leap: patient investors, sufficient capital, plant science expertise, automation/robotics expertise, software expertise, etc. For those without sufficient resources, hundreds of profitable niche markets remain to be satisfied around the world. For those with sufficient resources, cost-competitiveness with the traditional supply chain awaits, along with multiple billion-dollar market opportunities.

Current farms are concentrated in technologically advanced and affluent cities. If they hope to expand their reach and become seriously competitive players in the mass market, they will need to drastically reduce operating costs with capital-efficient automation. Most consumers buy on price, and vertical farms will never compete on cost if they remain stagnant in Level 3. Incredible profit and scale await the vertical farms that can crack Level 4, as well as the capacity to feed people outside of the global top 1%. What’s exciting is that with the right combination of plant science and automation robotics, that future is sure to be right around the corner.

Posted by Jonathan Lodge on 05/15/19, 02:50 AM
'These farms (containers, repurposed buildings etc) provide tremendous benefits to consumers and producers...' No they don't! Since when did doubling the cost of food become a benefit? These facilites only address single issues - and not very well. The final mile of distribution is always the most expensive and polluting. Swapping low cost trunk mileage with high cost buildings that can only increase other costs and cannot address issues we know are coming is not the way forward. The increasing supply of low usage 'container farms' proves this point - they are not economically viable. The level of automation graphic also follows the wrong route. The end customer needs a daily delivery of (relatively) low quantities of a wider range of produce than most grow. Automating the sowing of seeds and harvest is the hardest part to achieve. Growing at the point of need means these are best done by a small team of workers and can avoid many other costs. The best part to automate is the regular monitoring and care of crops. Simple automation means this can be done with a lot less expensive technology and reduces the obscene amounts of manual handling most operators rely on.