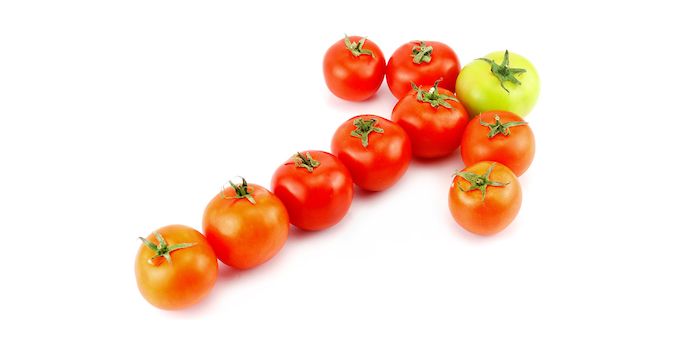 Becoming set in our ways is only natural. Once we master a skill we are right to take pride in our refined abilities and value how we can execute a task with efficiency and finesse. Toiling away as we meet deadlines and achieve new success, it’s expected that we sometimes embrace the status-quo and lose sight of all the ways our industry is changing. Reality will soon catch up, where new ways of thinking from outsiders provide even better ways to get a job done.

In our increasingly connected, high-tech world, innovations in all industries spring up like weeds. Cunning minds find ways to upend the status quo with new perspectives born from merging disparate ideas that emerge outside of an industry or conventional application of knowledge. We know well this innovative disruption at Motorleaf. Time and again growers express disbelief in how artificial intelligence technology made by Montrealers with little experience in farming can solve age-old problems in greenhouse cultivation. Our solution resides in rebelling against the biases of the status quo in agriculture so we can approach problem-solving with fresh perspectives. Here we share moments of insight and life experiences from our co-founders that helped shape their values and vision to do agriculture differently.

Alastair took pride in his first job at his English town’s farmers market. Caring for a stand replete with fresh bounty, he placed immaculate produce in neat rows because nothing less would suffice. Knowing well that consumers want only the best, he understood the challenges farmers face in their efforts to provide top-quality food each week. These were valuable observations from his youth, experiences that would later serve as a guide when venturing into the agriculture sector. He understood that hands down, any new tool in agriculture must help farmers grow the best produce possible.

Years past and the time came to leave home and face a new challenge of university studies at Southampton. It was a period to explore new ideas, befriend contrarians and rebel against authorities that many viewed as overstepping their boundaries. Opportunities to rebel were plenty, given that England was in a state of strife. Politicians and law enforcement began clamping down on the booming underground club scene with police raids and talk about banning music with repetitive beats. Such impositions on artistic expression were more than enough reason to link arms with fellow students and beatniks in protest.

Environmental degradation was top of mind, as well as the centre of a debate about an airport expansion in Manchester. Scenic land of forests and streams faced imminent destruction. Only clever disobedience would stop the bulldozers. Here Alastair joined the rebel forces by building structures that would serve as habitat for protesters high in the canopy. Down below provided more opportunities for resistance; using rudimentary tools, they dug elaborate tunnels in hillsides and underground the proposed site of a new runway. Unable to navigate the dark labyrinths, police had no option but to stop construction until they found a way to get the protesters out of their mischievous rabbit holes.

Complementing his appreciation for nature and the great outdoors were lessons learned from growing plants indoors. His university roommates with green thumbs set up grow ops in closets and rooms away from prying eyes. You would never think plants could flourish in such conditions. Sure enough, with lighting and dedicated care to water the plants with the right balance of nutrients, bountiful harvests from a closet were possible. The amount of work and oversight to grow plants indoors astounded him. You’d think someone would find a way to make the process less labour intensive. This thought would have to wait for a later day because the rebel inside knew it was time to chart a new path, pursue a new adventure.

With $500 in his pocket and backpack containing the bare necessities, he set his sights on getting a work visa for Canada. He knew little of the country, which meant the expansive land possessed an endless list of new experiences to savour. Making his way from coast to coast, his journey had it all, from climbs to the summit of glacier-capped mountains in Alberta to calm reflections in the farmlands of Quebec. Here in the town of Sutton he would shed the rebel shell and set roots needed to raise a family.

Years later, boredom would rear its ugly head while Alastair worked as a business consultant from the solitude of home. This contrarian was a people-person that longed for a creative place aside from the comfy café on Main street. Knowing others in the quiet town felt the same way, he opened a co-working space nestled above the post-office. In one day walked a new tenant with a jumble of electronics and a passion for growing.

Technology is an assistant you can depend on

The newbie made quite a stir with his pile of metal boxes, wires and circuit boards. Alastair felt the need to strike up a conversation--right away.

No, the agriculture engineer was trying to solve a recurrent problem with his garden and house plants--and the solution avoided the need for any terrorist activities. Living in a small town, Ramen struggled to find green-thumbed friends willing to water his plants while he was away on vacation. He was fed-up with returning home to find shrivelled masses of debris desiccated from neglect.

Finding a way to keep his plants alive resided in what he knew best. Born from immigrants that restarted their lives with little, he grew up in a frugal home that favoured affordable goods, which included many cheap electronics that would often break down. Ramen became the fix-it guy, which set him on a path towards a love for machinery and electronics. As for his green thumb, that grew from his appreciation of his mother’s passion for growing vegetables in the backyard.

Above the post office, Ramen explained how past waves of machinery and automation in agriculture focused on large-scale, open field production. Overlooked for the most part were tools for smaller-scale cultivators and indoor, controlled-environment farming. Ramen was set on developing modular units to record and control all basic growing conditions for his garden plants, everything from light levels to irrigation. By coupling technology with human expertise, he could gain a high-tech personal assistant whenever away from home. Who knows, maybe other horticulture enthusiasts could one day benefit from his planned automation equipment outside the realm of open field farming.

At that point a flash bulb memory brought Alastair back to his days in university. He understood immediately the need to automate and surveil growing conditions indoors. He knew of upstart companies producing a variety of crops within controlled environments and how indoor cultivation could provide picture-perfect produce that consumers demanded. He wondered whether there were any similar agriculture technologies already on the market. Sure enough, an internet search confirmed that few products for indoor cultivators existed. Then and there reawoke the rebel.

A: “This is the solution that nobody saw coming.”

The time was right to blaze a new trail in agriculture technology through entrepreneurship. Ramen set to work on building their first prototype known as the H.U.B.: a huge ugly box of electrical components ready to disrupt the status quo in horticulture. Alastair focused on building the foundation for a new business.

The odds were against them, but that never dampened their ambitions. They pitched their idea to the leading start-up business accelerator in Montreal, Founder Fuel. From a pool of over 400 submissions, theirs was one of six that rose to the top. Upon completing the accelerator and with $100 thousand investment under their belt, they set off to build a new venture known as Motorleaf (see entry #4). The hunt was on to find another contrarian that would become employee number one.

Solving problems with data and a positive attitude

It was sheer luck. In walked Scott hoping to fill the internship position. His experience in machine learning, computer coding and hardware assembly meant he was a perfect fit for a job in a start-up that required out-of-the-box thinking in bleeding-edge domains of technology. New to the country and having just finished his Masters in Montreal, being at the forefront of technology development was his ticket to launch a career and set roots in his new home of Canada. He, too, was ready to rebel.

Hired. Scott left Montreal behind to start his entrepreneurial journey in the town of Sutton. He imagined there would be cows--and little else.

A: “Scott set the bar for the kind of employees we needed to walk through the door. He never complained, never said a job was beneath him. After that, anyone that walked through the door with that same attitude, you immediately noticed it.”

Working at minimum wage, the new team inaugurated Motorleaf’s first head office in the back room of an old farmhouse converted into a pub. The trio sweated it out in the 100 square foot space during the summer months as they strategized on how best to disrupt the status quo in controlled-environment agriculture. “You boys need anythin’ to drink?” was a common request made by the bar staff that would drop in the cramped space as they worked long hours.

Conversations with hobby growers, indoor farmers and greenhouse growers provided a wealth of insight. With their combined expertise and knowledge gleaned from growers, they determined the most contrarian approach to disrupting agriculture would be automation through machine learning, a subdomain of artificial intelligence. Ripe for upending was greenhouse farming, an industry that continued to embrace a routine of manual crop assessments and surveillance.

Sensors and growing equipment made by Motorleaf and others were key to breaking free from a greenhouse grower’s status quo. Rather than use hardware to automate tasks in greenhouse farming, such equipment could be a source of something of far greater value: data.

S: “The data we use is collected by sensors and systems; they record information as best they can and only what they are designed to measure. There is no bias, no emotion involved. At the end of the day, it’s just numbers.”

Numbers that contain a wealth of information about greenhouse growing conditions and are oblivious to conventional ways of thinking. Data and its ability to train machine-learning algorithms thus became central in developing contrarian, innovative means to surpass previous standards for efficiency and precision in commercial greenhouse cultivation.

S: ”The role of a data scientist is not to confirm your beliefs. We solve problems from a totally different perspective.”

This is how artificial intelligence technology made by Montrealers with little experience in farming would later solve age-old problems in greenhouse cultivation.

Indeed, this was the solution nobody saw coming.