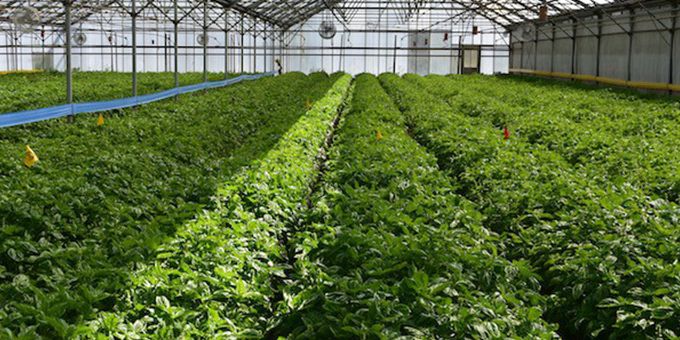 How the Farm Bill impacts Greenhouse and Indoor Growers

When President Trump signed the Farm Bill, it was the first time that indoor farmers have been included in the act’s provisions since its birth in 1933.

The Farm Bill, which will allocate $867 billion of federal money over the next ten years came about in reaction to the dust bowl years of the 1930s. That era of climate variability and unsustainable farming techniques left American farmers vulnerable, which the first farm bill attempted to help with. Today, facing our own era of climate change, Congress has begun to take an interest in how it can help indoor farmers. Here are four parts of the bill that we’re really excited about:

Section 12302 of the bill opens a new office to aid urban and indoor farmers. The newly created Office of Urban Agricultural and Innovative Production will “ encourage and promote urban, indoor, and other emerging agricultural practices.”

We’ll have to wait and see what that encouragement and promotion actually means, but it’s certainly a plus for indoor and greenhouse growers to have a federal office learning where it can have the government add value to the indoor ecosystem.

In order to get a grasp on the indoor farming landscape, the government will conduct a census of existing indoor, rooftop, greenhouse, and hydroponic farming operations in both urban and rural areas.

This is great news. We’ve been conducting our own survey for a few years now since the ag census previously didn’t do much for highlighting indoor growers. We’re excited to see where this goes.

Help from the government

Information from that census will help the government aid farmers in a couple ways under section 11122 of the bill. One of them is that the Federal Crop Insurance Corporation will research insurance plans to help farmers, particularly those in small-scale production to offer policies that are most beneficial. Currently, the government offers subsidized insurance for farmers in case of drought or hail or if prices fall. The primary crops covered under insurance are the most basic staples of American agriculture, such as wheat and corn. For indoor farms, the elements would not affect yield as they would outside, but there are still plenty of variables, including the price of crops, the cost of electricity, and others, which could benefit from some type of federal insurance.

We believe that greenhouse and indoor farming is the future of farming, and we’re glad to see that the U.S. government is thinking ahead and moving in the same direction. The farming industry faces some challenges before it. With climate changes, the patterns of planting will vary more and more, and extreme weather will become more normal. As our cities continue to support more people, it’s becoming more of a challenge to provide fresh, wholesome food to the neighborhoods that need it. The provisions in the farm bill provide the beginnings of some solutions for meeting those challenges, and for leading to a farming industry that’s equitable, sustainable, and healthy!