If we can incorporate technology into already existing farming practices, we can increase production enough to feed the growing world. Technology can be used to grow more food on existing farms and to grow food in small spaces, such as indoor farms. 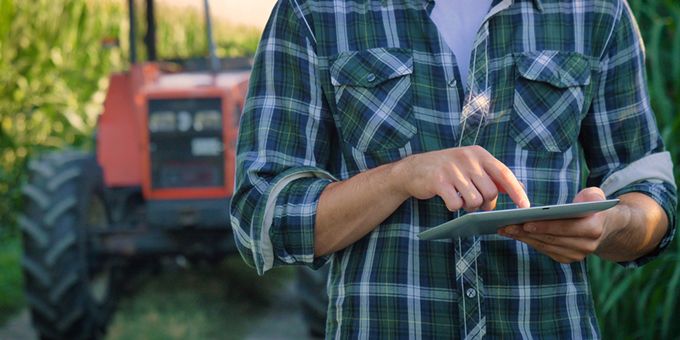 Reprinted with permission from the Bowery blog:

Currently the world’s population is over 7.5 billion. By 2050, that number is supposed to reach 9.8 billion. It’s also projected that 68% of the world population will live in urban areas by 2050. This presents huge challenges – the obvious include a need for more housing, transportation, energy systems, and other infrastructure.

Perhaps the biggest issue? Agriculture will not be able to feed everyone, because in order to sustain 9.8 billion people, the production of crops would need to double.

So, the simple solution that you may be thinking of is just to plant more crops. Just plow some more land, throw some seeds in and watch it grow. But, it’s not quite that easy. It’s actually not easy at all.

What most people don’t know is that agriculture is one of the largest contributors to global warming and climate change. Cattle that produce those ever-so delicious T-bone steaks emit large amounts of methane — a greenhouse gas that warms the atmosphere — and fertilizers used to grow crops are responsible for nitrous oxide emissions. But, perhaps the most problematic area that needs to be addressed is the effects of tearing down forests to plant crops and graze animals. Deforestation, or the destruction of forests, causes around 10 percent of overall emissions (mainly carbon) and forests can actually help solve climate change because they store carbon.

The effects of climate change have been felt around the world this year. From the devastation of Hurricane Florence to the ravaging wildfires in California, everyone either is already affected by climate change or will be soon. If we want to avoid the devastating effects, we can’t keep growing food the way we do now. Something has to change.

Enter technology. If we can incorporate technology into already existing farming practices, we can increase production enough to feed the growing world. Technology can be used to grow more food on existing farms and to grow food in small spaces, such as indoor farms. The good news is that there are already several companies developing innovations to switch to more sustainable practices.

Blue River Technology, a company founded by two Stanford graduates, has invented a new way to keep weeds down. Their See & Spray technology is able to pinpoint which plants are weeds and which are crops in real time, and only apply herbicides directly to the weeds. This means that fewer herbicides are used overall, decreasing chemicals applied to both the food we eat and the soil.

Companies that help monitor soil health, such as Teralytic, are also crucial to the shift that agriculture needs. Teralytic invented technology that uses soil probes to help farmers monitor the health of their soil — down to extremely precise numbers. This benefits the agricultural industry by allowing farmers to know exactly what nutrients their soil needs to grow crops, preventing over-fertilization.

Here at Bowery Farming, we grow non-GMO produce indoors using hydroponics. Because the greens are grown in a controlled environment, there is no need for pesticides. Our proprietary software, BoweryOS, meticulously monitors the growing process, ensuring that our crops receive exactly what they need and nothing more. This means we’re not only using 95% less water than traditional agriculture, but we’re also 100 more productive on the same footprint of land thanks to growing vertically.

If some farmers and companies are already working hard to make sure everyone will have enough food, what can you do? Support companies that have sustainability practices by buying their food, and if you don’t know where a restaurant or grocery store sources their food, ask. The food industry responds to demand, and if we begin demanding sustainably produced food, that will encourage change.