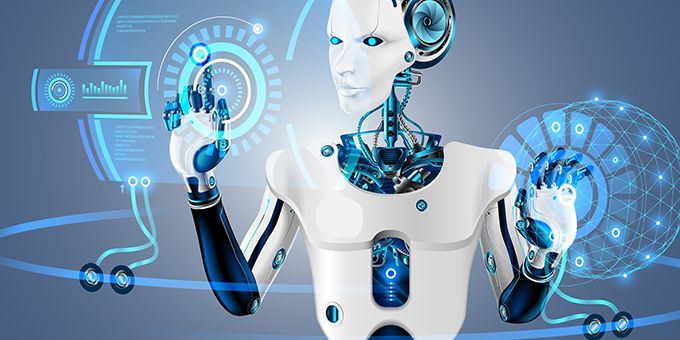 From cleaning robots to farming robots, innovation has been the center of every effort taken for the development of smart machines. They have been designed with an aim of achieving efficiency. The smart robots are ready to revolutionize the world.

Science fiction writers may scratch their heads and invent something outstanding out of nowhere. It is on the paper only. It is only an imagination in which robots are behaving like humans and getting smarter day by day. However, the distance between imagination and reality has reduced considerably. Thanks to advanced technologies. Robots are no longer just a robot operating on the commands. They are getting smarter. Artificial intelligence, data processing, and machine vision are some of the technologies making the dreams of robots being smarter turn into reality. "Robots are the next big thing," said Gene Munster, co-founder of Loup Ventures. "You know it will be a big deal because the companies with the biggest balance sheets are entering the game." Tech giants have geared up to launch their smart robots for various applications in numerous industries. The Consumer Electronics Show of this year in Las Vegas demonstrated the same. Not only big companies but also small companies and researchers at universities have begun their work on developing smarter robots to ease up the work of humans. From cleaning robots to farming robots, innovation has been the center of every effort taken for the development of smart machines. They have been designed with an aim of achieving efficiency.

Many governments have been encouraging the utilization of smart robots in various sectors. They have taken new initiatives to encourage the development of smart robotics. The UAE minister of state for artificial intelligence Omar bin Sultan Al Olama has outlined Public Prosecution’s efforts to implement artificial intelligence (AI) in the justice sector. He highlighted the importance of implementation of advanced technologies to bring improvement in government services and also appreciated efforts of the Public Prosecution to implement AI. The government would take different steps in line with the AI strategy of the country. As the utilization is increased, the global industry experience enormous growth. According to the research firm Allied Market Research, the global smart robot market is expected to reach $17.56 billion by 2025. Following are some of the recent development focused on smart robotics:

Scrub 50: The future of cleaning

Autonomous cleaning robots are making their mark by easing up the work of human counterparts. Robot cleaners will soon hit the floors in commercial buildings of Singapore. Property developer JTC, WIS Holdings, and Gaussian Robotics had joined hands and developed an autonomous cleaning robot Scrub 50 as a solution for labor crunch in the cleaning industry. This industry has been facing a problem with the aging workforce and the 1.1m robot is the solution. The technologically advanced robot has sensors to detect which area of the building it has been cleaning and send reports after the work is done. Furthermore, it is equipped with sensors, laser detectors, and cameras to avoid bumping into humans and other objects.

Mr. Kelvin Lee, the Chief commercial officer of WIS Holdings, outlined that the demographics of the nation have been changing and there is a scarcity of young and able-bodied cleansing personnel. It will be difficult in coming years to find workers for a cleansing job as the aging workers will retire. The developers have also claimed that the robot would employ smart cleaning practices and save many hours of human labor. They claimed that it usually takes 300 hours of a human worker to clean area of 5,000 sq. mt. in a month, however, the robot takes only 130 hours.

Smart robots: Farming to be revolutionized

Farming is one of the areas in which smart robots would revolutionize the ways in which it has been done till now. Governments, tech companies, and farming industry have been designing robots that would bring efficiency in the farming. Moreover, the robots would eliminate the back-breaking tasks of farm employees. Small Robot Company, a startup aiming for ‘revolutionizing’ the way in which smart robots and artificial intelligence (AI) can be helpful in farming. The firm is based on the concept of precision farming and aims to raise the productivity with the help of technology. Professor Simon Blackmore, a professor at the National Centre for Precision Farming at Harper Adams, has envisioned the tractors being replaced by the smart, lightweight, and highly precise robots for applications including weeding, harvesting, and others.

Many farmers felt that they have been served poorly by new technologies and existing machinery. One of the founders of Small Robot, Sam Watson-Jones, found that a radically different approach was needed to make the economics of arable farming sustainable. The smart robot developed by them has been coming from and belongs to the farming community. Joe Allnutt, head of the technical team at Small Robots, outlined that they have been endeavoring to deliver precision farming with a little input from a farmer and attain the level of precision for crops that were not possible before. The company combines robotics with AI and providing Farming as a Service (FaaS) model. This will enable the gathering of information from various robots about the crops. These robots will use GPS and sensors to offer accurate information and solutions on each crop.

An andro-humanoid robot which expresses feelings such as happiness, anger, and sadness, performs household tasks, and helps elderly people. Neelamadhaba Behera of Santaragadia village in Balasore district, Odisha, India has built the robot named ROBO-NEEL in only 10 months. This robot can be used for multitasking tasks in restaurants, entertainment centers, and schools. The young scientist claimed that automation technology has been used for development of the robot that resembles with humans in behavior and appearance.

“I have developed the technology in such a way that the robot can resemble anyone’s face. We can use the robot in place of our dead relatives. It can also help elderly people by serving them and solving their problems,” said Neelamadhaba, an 18-year-old who is preparing for entrance examinations to pursue the technical course.

This robot is an advanced and smart, equipped with many sensors. It has motorized systems such as human joints, controllers such as a human brain, and sensors such as a human eye. It receives instructions through its sensors and the controller asks the bot to act accordingly. It has a sound recognition sensor which will detect words and sound to respond accordingly. The face is made up of silicon and it will express human-like feelings. It becomes the first Indian andro-humanoid. The world’s first humanoid was Sophia, built by Hanson Robotics, a Hong Kong-based company. It had human-like behavior and appearance and was equipped with technologies including facial recognition, AI, and visual data processing.