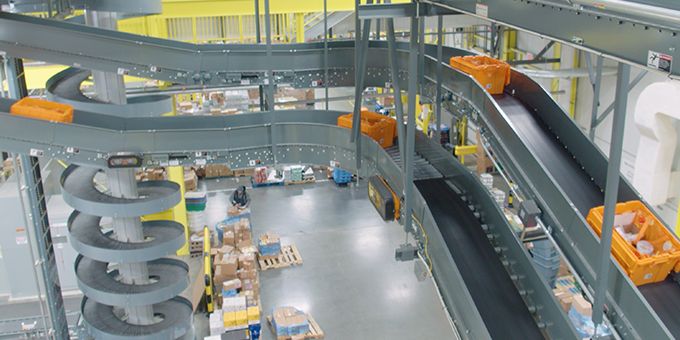 FreshDirect, the Northeast’s leading online fresh food grocer, today announced the opening of its FreshDirect Campus (FDC), a brand new state-of-the-art facility in New York City’s South Bronx community. The facility reimagines farm-to-fork food distribution and manufacturing, which will provide even higher-quality, fresher food for customers. It also enables the Company to add thousands of new products and accelerate its expansion into new geographies with its FreshDirect, FoodKick, and FreshDirect At The Office brands.

The state-of-the-art food facility is equipped with robotic pick towers, smart routing technologies, and nine miles of conveyor belts. To deliver on FreshDirect’s commitment to sustainability, the new facility is environmentally friendly and highly energy efficient, and additionally enables FreshDirect to transition from cardboard delivery boxes to recyclable bags. There will also be less food waste through a combined approach of innovation and community outreach.

“The launch of the FreshDirect Campus is the culmination of 16 years of learnings that have enabled us to reinvent the grocery industry with customer experience, food quality, and sustainability at its core,” said FreshDirect CEO and Co-Founder, Jason Ackerman. “This marks a pivotal moment for our business, while positioning us for future growth. We can also better serve the community by providing greater access to fresh food and significantly reducing food waste, cardboard use, and energy consumption. We are thrilled to officially be a part of the Bronx community and are very thankful for the local support we’ve received throughout this journey.”

FreshDirect has made strategic investments in key areas of the new facility to deliver an unrivaled experience. Key initiatives and investments include:

“When we launched this business 16 years ago, we set out to source the very best fresh food for our customers and that maniacal focus on food quality is still at our core today. We’ve built a world-class fresh food facility that enables us to better execute our farm to fork mission,” said David McInerney, Co-Founder and Chief Food Adventurer at FreshDirect. “Our FreshDirect Campus empowers our in-house team of food experts to source, prepare, handle, and deliver better-tasting, higher-quality food than anyone else.”

About FreshDirect
FreshDirect is a food tech company and the Northeast's leading online fresh food grocer, delivering directly to customers throughout seven states, including the New York City and Philadelphia metropolitan areas, and the District of Columbia. FreshDirect is committed to sourcing the freshest and best-tasting meat, fish, produce, and specialty items through direct relationships with suppliers, growers, and farmers. In 2016, FreshDirect expanded its portfolio with the launch of FoodKick, an on-demand business that caters to the needs of urban dwellers with a curated selection of food, alcohol, and essentials—all delivered in as little as an hour.