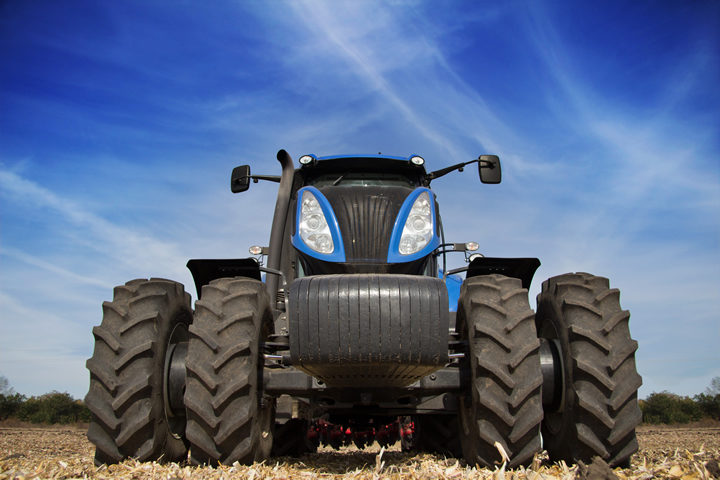 All of today’s agricultural technology had to evolve from somewhere. Centuries ago, self-driving tractors, automated planters and agricultural robots weren’t available to those involved in the farming industry. Instead, farmers relied on human power and horsepower.

Many of the tools farmers use today have ancient roots that go back thousands of years. Especially in the early eleventh century, most families were involved in agriculture to some extent. It was the way to feed the earlier population, and many families fended for themselves. The societies of the Middle Ages were primarily farmers, with up to 90 percent of the people directly involved in farming and food production.

With so many civilians working the fields, they were bound to invent new ways to make farming more efficient and productive. The countries in Europe and even the Roman Empire relied on what they had, like man and horse, to get the job done to feed the growing population.

Some of the essential machinery that paved the way for agricultural businesses today are the plows, disks, harrows and drags that horses or oxen pulled to prepare the land for seed or clean it up after a year’s harvest. Local blacksmiths and artisans often made these farm tools. Plows were made from wood and were held together by metal bolts and bars.

Additionally, seeding was done mainly by hand. Field workers sowed corn and other grains into the ground one by one with the help of a human hand. As technology advanced, these seeds were sown by horse-drawn planters. Someone would drive the horse, and someone else would pull a planting handle as the planter came across the hole.

Farmers had to harvest by hand as well. Picking vegetables and fruits by hand was necessary as they ripened so people could eat the produce. However, it was slow and challenging work. Individual vegetables were plucked off of the stem, stalk or vine by hand. Workers harvested grain with a cradle and scythe that sliced through the stalks.

Fortunately, animals replaced much of the hand and human work, making the job faster and easier. Without the basic hand tools, though, inventions for animal agricultural work and technological agricultural machinery would not have been possible.

Technological advancements have undoubtedly taken over nearly every industry in society. Agriculture has been no exception to the transformation. Although horses are still a billion-dollar industry, most farmers have switched to tractors and automated plows. Thankfully, many farmers have adapted and welcomed agtech into their own farms as it is a necessary step to feed the growing global population.

Instead of the handheld hoes and shovels or the horse-drawn plows, the automated plows farmers used now operate on gasoline. Plus, many large-scale farms use tractors with integrated GPS technology that automatically steer, plow, plant and harvest crops.

Still, farmers need to take a close look and care of their crops. Instead of monitoring the crops by human eyes, location sensors and cameras can give farmers an instant view of their crops from a computer or even a mobile device like a smartphone.

Additionally, farming has evolved to smart agriculture, which has enabled farmers to go back to the early agricultural methods of water conservation and regenerative agriculture. This allows them to assess plant health and use the materials necessary for their crops to grow. Plus, innovations have helped slow erosion, mitigate pollution and restore soils.

In many ways, the agricultural industry still reflects on early farming machinery to get back to agriculture roots. Though some technologies may be more reliable today to monitor the management of natural resources and to improve efficiency, without those basic tools, farming wouldn’t be what it is today.