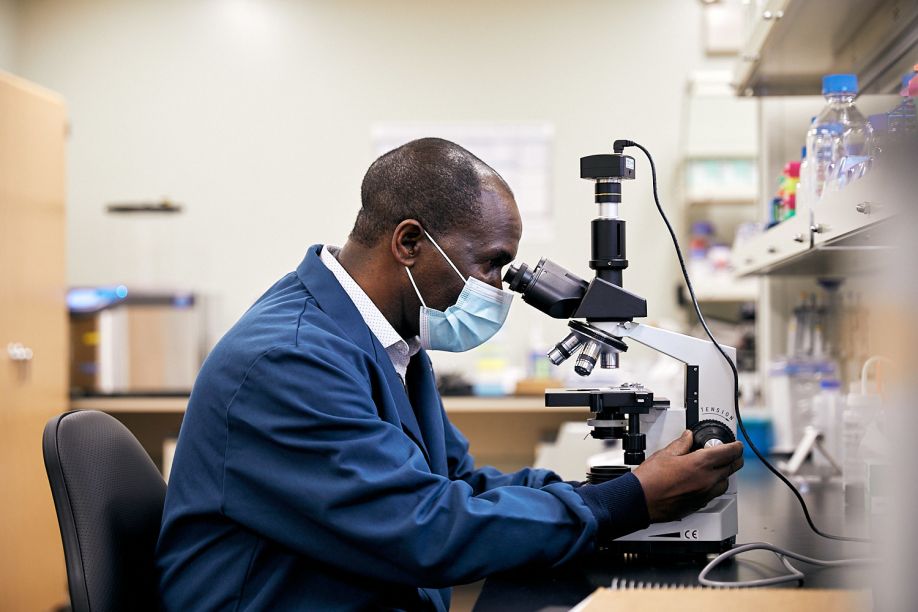 Farm X is one of the largest and most sophisticated vertical farming R&D facilities in the world, and will further accelerate the commercialization of products specifically designed for Bowery's indoor system. From the cultivation of strawberries, root vegetables, tomatoes, peppers and beyond, to the discovery of the next generation of wildly flavorful leafy greens, Farm X expands Bowery's R&D capacity by nearly 300%.

"We're proud to be the largest vertical farming company in the United States that is consistently and reliably delivering our customers a wide variety of high quality, flavorful produce that's local, safe and sustainable," said Irving Fain, founder and CEO of Bowery Farming. "From day one, our R&D team has been working tirelessly to unlock the next frontier in agriculture, and Farm X enables us to expedite the discovery of new vibrant crops and pioneering technological advancements that will further accelerate our momentum as the category leader."

Bowery's world-class team of plant breeders, plant physiologists, biochemists, and more, are constantly innovating from seed-to-shelf. At Farm X, they will be able to test more, faster—ultimately accelerating the discovery of new crops, growing recipes, and efficiency improvements that can be replicated at scale across the company's network of commercial farms. Featuring proprietary, highly-customizable, modular growing environments managed and monitored by new technology developed in-house, Farm X will further unlock the next phase of Bowery's growth.

Farm X also features a sensory lab where Bowery will continue its quest for the perfect cultivars for indoor growing, as well as launch the first-ever on-site breeding program at a vertical farming company. Under the new breeding program, Bowery's team will be able to develop varieties that thrive in its unique growing conditions, and evaluate each one for optimal taste, quality and yield, rather than to survive outdoors, pest-resistance and long-haul transportation. While a traditional breeding program takes up to ten years, Bowery's controlled indoor environment and 24/7 monitoring of crops will enable the company to bring new groundbreaking products to market at scale in a fraction of the time.

Bowery's R&D team works year-round to uncover flavor-packed produce and bring new and exciting culinary experiences to consumers. Beyond the cultivation of new fruits and vegetables at Farm X, they are also developing the next generation of greens. The Farmer's Selection category, which launched in January 2021, emerged as a way to let consumers in on the process, bringing the thrill of discovering a new ingredient at your local farm stand to the grocery store. Bowery is launching a new small-batch green every four months under this new category. The first greens released, Bowery Mustard Frills — hearty mustard greens with a tingly start and a fiery, wasabi-style finish — was available through April 2021. Green Sorrel, bright, tart baby greens with a zing and the next release in the series, is now available from May through August 2021.

Farm X also serves as an experimental space for innovation in farm design, data science, computer vision, autonomous robotics, hardware and software that can be deployed in Bowery's growing network of commercial farms. As Bowery continues to advance the integration of proprietary smart farming technology, it recently announced Injong Rhee (formerly VP at Google and CTO of Samsung Mobile) as its Chief Technology Officer. Rhee will ensure that every farm continues to benefit from the collective intelligence of the BoweryOS, the company's proprietary operating system which integrates software, hardware, sensors, computer vision systems, machine learning models and robotics to orchestrate and automate the entirety of operations. Rhee's team is ensuring the advanced technological learnings discovered at Farm X will be seamlessly integrated and applied at scale across Bowery's network.

Bowery has experienced more than 750% brick-and-mortar sales growth, and more than quadrupled sales with e-commerce partners, including Amazon, since early 2020. Bowery's newest commercial farm in Bethlehem, Pennsylvania, will bring local, pesticide-free produce, harvested year-round at peak freshness, to a surrounding population of 50 million people within a 200-mile radius, and will be its largest and most technologically-advanced commercial farm yet, further automating the growing process from seed to store.

About Bowery Farming
Bowery Farming, the Modern Farming Company, was founded in 2015 with the belief that technology and human ingenuity can grow better food for a better future. Propelled by its proprietary software system, the BoweryOS, Bowery builds smart indoor vertical farms that deliver a wide variety of Protected Produce — in little time, near cities they serve, for a truly local approach.

Bowery's farms are growing the next generation of vibrant and flavorful produce. With BoweryOS, farms are 100 times more productive on the same footprint of land than traditional agriculture, and grow traceable pesticide-free produce with a fraction of the water and land.

Based in New York City, Bowery has raised more than $172.5 million from leading investors, including Temasek and GV (formerly Google Ventures), General Catalyst, GGV Capital, First Round Capital, Henry Kravis, Jeff Wilke, and Dara Khosrowshahi, as well as some of the foremost thought leaders in food, including Tom Colicchio, José Andres, and David Barber of Blue Hill.