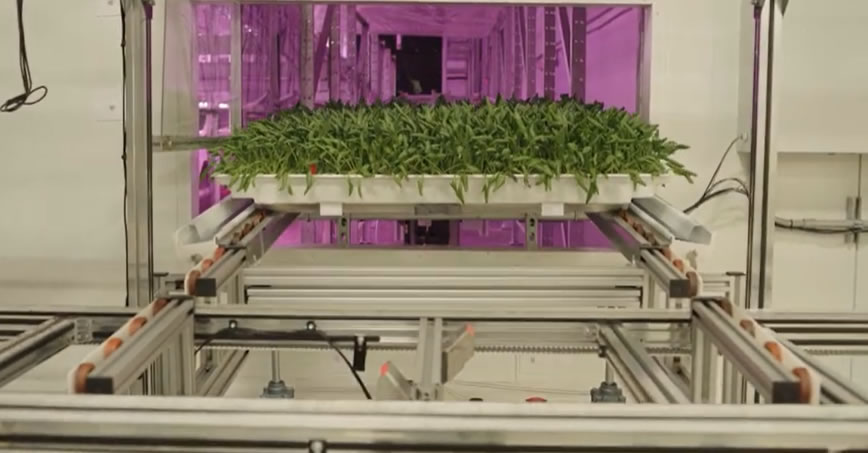 Fifth Season, a vertical- and robotic-farming pioneer headquartered in Pittsburgh, today announced a significant expansion of its distribution partnership with Giant Eagle Inc., one of the nation's largest food retailers and distributors with approximately $9.2 billion in annual sales. Beginning today, four SKUs of Fifth Season's ultra-fresh, locally grown leafy greens and ready-to-eat salads are available at more than 75 Giant Eagle and Market District locations across the Cleveland, Columbus and Pittsburgh metro areas.

"We are committed to offering Giant Eagle and Market District guests access to the highest quality fresh, locally-sourced produce no matter the season through innovative growing practices like vertical farming," said Dave Rajkovich, Vice President of Fresh Merchandising, Giant Eagle, Inc. "We are excited to expand our partnership with Fifth Season to make their delicious, local greens and salads available in 75 locations across the Giant Eagle footprint."

"As one of the country's largest and most successful grocers, Giant Eagle's methodical approach to evaluating potential partners ensures they are always working with the best," said Austin Webb, co-founder and CEO of Fifth Season. "Our end-to-end automated platform run entirely by our integrated software and ordering system (both an industry first), combined with our entirely new flavor experience and product that stays fresh more than three times longer than field-grown products, are the factors that positioned us for success. We are deeply grateful for our partnership with Giant Eagle and look forward to continuing to grow alongside them."

The fresh produce industry in the U.S. faces a number of challenges; namely, produce isn't grown where the overwhelming majority of consumers demand it. 98% of the country's leafy greens are grown in Arizona, California and/or outside the country, and must be transported thousands of miles before hitting store shelves, causing it to wilt very quickly after purchase.

But Fifth Season's vertical farms eliminate many of the pitfalls of conventional produce. Not only does removing the need for long-haul transportation greatly increase shelf-life, Fifth Season's produce is grown using 95 percent less water and 97 percent less land than conventional farming, making it far more environmentally friendly. Additionally, the greens are grown in a human-free grow room, creating a significantly lower risk for pathogens and other contaminants.

"We are thrilled about Fifth Season's expanded partnership with Giant Eagle, as it's further proof that Fifth Season has cracked the code of profitable vertical farming, an industry first," said Chris Olsen, co-founder and partner at Drive Capital, a Columbus-based venture capital firm and Fifth Season investor. "This expansion is just one of many that Fifth Season will be announcing this year, as more retailers and foodservice companies become aware of the benefits of Fifth Season's model — it's an entirely new era of fresh food for the $60-billion U.S. produce industry."

ABOUT FIFTH SEASON
Fifth Season is delivering an entirely new category of hyper-local, fresh food with their ready-to-eat salads and sustainable leafy greens grown inside their innovative vertical farms with proprietary robotics and AI. Fifth Season's newest vertical farm in Braddock, Pa., a historic steel town on the edge of Pittsburgh, features a 25,000-sq.-ft. grow room with twice the growing capacity of traditional vertical farms. It is set to grow more than 500,000 lbs. of produce in its first full year of operation. The company's fresh, tender lettuces, spinach, "Bridge City" and "Three Rivers" blends each receive individualized attention as sensors monitor every condition — humidity, pH, light, nutrient mix — and adjust to each plant's needs. Fifth Season can even determine the perfect nourishment to give varietals their own buttery or crispy, soft, sharp, or tangy flavor and texture. For more information on Fifth Season, its technology and produce, visit www.fifthseasonfresh.com.