Organic Fertilizer as Fuel and Organic Farming as Tool, Earth To Be Clean and Green 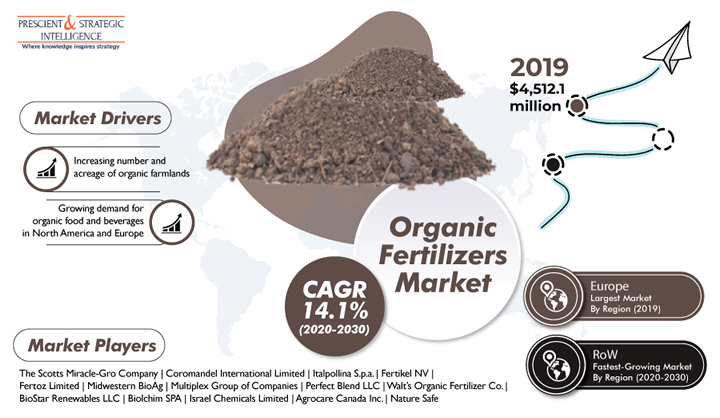 With the various signs of climate change, such as melting polar ice caps and glaciers, severe tropical storms, longer droughts, rising sea levels, and increasing global temperature, becoming more and more evident with each passing year, it’s time we start devising strategies for saving this beautiful planet and ensuring that it remains the ‘blue planet’, instead of turning into something right out of a post-apocalyptic movie.

Moreover, if an alien ship lands on this planet tomorrow, we would prefer greeting our brothers and sisters from outer space with wide smiles and giving them a grand tour of the beautiful grasslands, snowy peaks, emerald valleys, and deep-blue seas, over welcoming them with faces covered in masks and showing them a place infested with dust, disease, and death, right?

Conventional farming methods, with their heavy usage of pesticides, insecticides, and other toxic chemicals, are one of the biggest polluters of the environment. These farming practices not only damage the soil quality over a period of time, but also pollute the nearby waterbodies and affect the groundwater quality. This subsequently affects the biodiversity of the place, which, in turn, causes the loss of ecosystem and environmental degradation. Because of these reasons, organic farming is witnessing a steep rise in popularity all over the world.

Additionally, the rising awareness among people about the harmful effects of conventional farming and various health risks associated with the consumption of food produced from these processes are fueling the popularity of organic farming. As a result, the value of the global organic fertilizers market is predicted to rise from $4,512.1 million to $14,746.2 million from 2019 to 2030. Furthermore, the market will progress at a CAGR of 14.1% from 2020 to 2030. This is because the use of organic fertilizers is one of the pillars of organic farming.

Apart from the rising public awareness on the harmful effects of food produced from conventional chemical-fertilizer-based agriculture, the growing health consciousness of the masses, especially in North American and European countries, is also pushing up the demand for organic food. This is causing the large-scale adoption of organic farming, which is, in, turn, fueling the surge in the sales of organic fertilizers in these countries.

According to the findings of the International Federation of Organic Agriculture Movements (IFOAM), in 2019, most of the demand for organic products came from North America and Europe, particularly from the U.S., France, and Germany, owing to their high per capita income. The organization predicts that the requirement for organic food will shoot up in the future, which will, in turn, create lucrative growth opportunities for organic fertilizer-producing companies and all other stakeholders in this industry.

In several countries, the land under organic farming has grown massively over the last few years. The direct factors responsible for this growth are the soaring investments being made by many private and public companies in the logistics and supply chain of organic food and the surging consumer demand for organic food items across the world, on account of its numerous health benefits. Besides these, there are also various secondary or indirect factors contributing to the rising popularity of organic farming, as per the findings of the Research Institute of Organic Agriculture (FiBL).

Some of these secondary factors are the numerous equivalence agreements signed between several countries for product certification, labeling, and benchmarking, implementation of favorable government policies and initiatives, and presence of participatory guarantee systems (PGSs), which are encouraging the adoption of organic farming.

Europe the Most Organically Farmed Continent!

The demand for organic fertilizers was observed to be the highest in Europe from 2015 to 2019, primarily because of the presence of the largest tract of arable land for organic farming in the entire world in the region. Moreover, the region has recorded a sharp surge in organic farming activities, especially in France, Italy, Spain, and Germany. Furthermore, due to the implementation of policies and legislations such as the Common Agricultural Policy (CAP) and the EU Regulation 2018/848, high spending power of the people residing in European countries, and huge retail demand for organic products, the region witnessed high sales of organic fertilizers in the years gone by.

However, Future Belongs to Latin America and Africa

According to many reports and forecasts, across the globe, the usage of organic fertilizers will rise at the fastest rate in African and Latin American (LATAM) countries during the coming years. This is because in LATAM nations, organic fertilizers are heavily required for the production of coffee, quinoa, cocoa, sugarcane, and banana. On a similar, if not the same, note, in African countries, the demand for organic fertilizers is rising explosively on account of their extensive usage in the cultivation of oilseeds, olives, cocoa, coffee, nuts, and textile crops.

Hence, it can be said with full surety that due to the mushrooming popularity of organic farming, on account of the increasing consumer demand for organic food and rising focus of governments and people on environmental conservation, the sales of organic fertilizers will climb all over the world in the coming years.

Manish has around 6+ years of experience in market research and consulting services for Chemicals and Materials Domain. He holds varied experience in market sizing and forecasting with varied models, competition landscape, consumer behavior analysis, opportunity analysis, product/company benchmarking, data mining, and others.