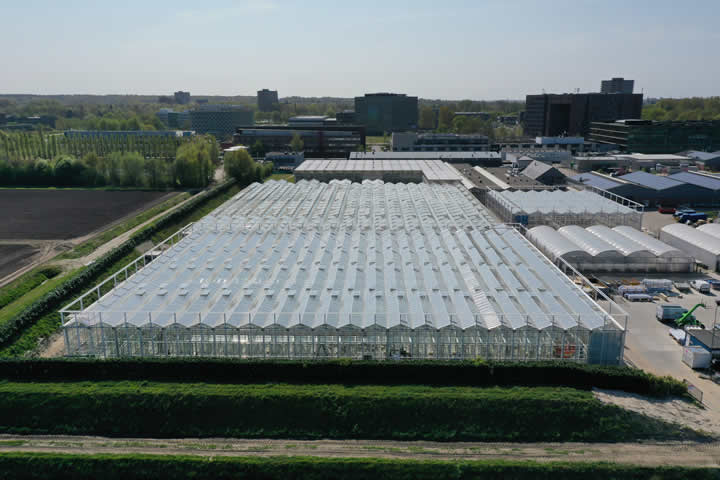 Fluence by OSRAM (Fluence) has been selected by Wageningen University & Research (WUR) as the lighting provider for Serre Red, the university’s new, high-tech quarantine greenhouse. Serre Red will be used for critical research on plant diseases—caused by viruses, bacteria, fungi and parasitic nematodes—including quarantine pathogens, as well as research on genetically modified organisms.

Built by Bosman van Zaal, Serre Red is one of the most advanced quarantine research facilities constructed to date. It features 63 compartments, ranging from 15 to 52 square meters with individual climate control, air filtering and access locks. Extensive technical equipment has been installed in a corridor sunk below ground level to avoid excess shade. Other features of the fully electric greenhouse include insulated double glazing, external shading, heat/cold storage and autoclaving, which sterilizes all materials including water and waste before leaving the greenhouse.

To reduce the influence of artificial light on their experiments, WUR’s researchers required broad spectrum lighting. Unifarm, the university’s greenhouse and field research facility, ran a market consultation during November and December 2019, then selected four manufacturers from a tender in January 2020. Fluence was granted the order in April after the four potential solutions were examined by WUR’s scientific committee.

“Traditionally, our greenhouses are equipped with HPS lighting,” said Dolf Straathof, head of Unifarm. “As we want to eliminate any influences that artificial lighting could have on experiments, we looked for a solution that came closest to the spectrum that our scientific team specified as optimal.”

“Fluence was one of those consulted, and they proposed higher light levels than we initially specified, which concurred with recommendations from our researchers,” Straathof continued. “The PhysioSpec® solution that Fluence proposed also fit our spectral requirements. In the end, Fluence offered us the best possible solution and exceeded our requirements for uniformity, offering the highest uniformity for a mix of low and tall crops throughout all compartments.” 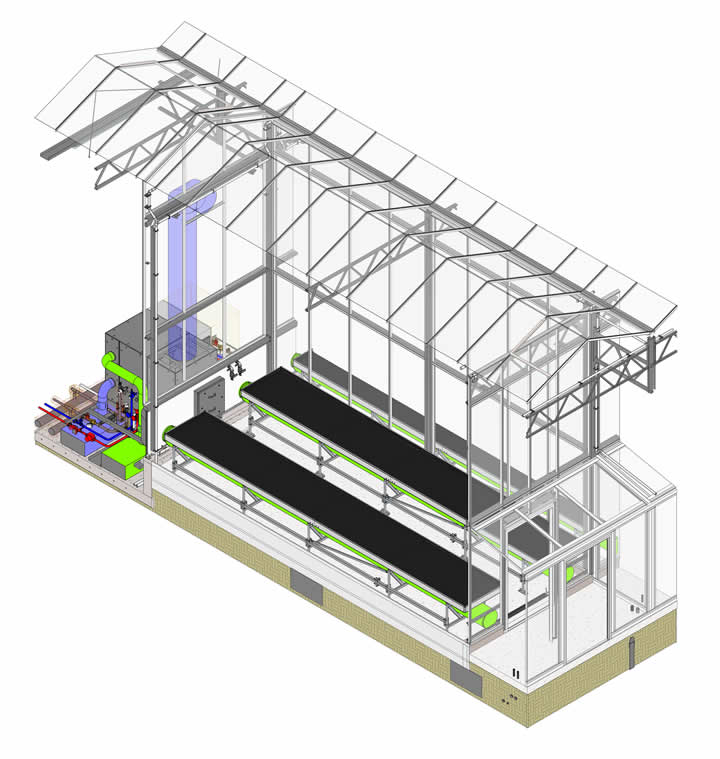 Each compartment will have individual lighting controls, linked to the Hoogendoorn climate control system.

“This is the first time WUR has chosen LED, and specifically broad spectrum LED, as their standard lighting solution for a research greenhouse at Unifarm,” said Theo Tekstra, Fluence’s technical director in Europe, the Middle East and Africa and lead for the project’s design and implementation. “LED solutions have the added advantage that they can be controlled without change in spectrum or loss of efficiency, offering constant light levels and optimal daily light integral. By using our compact VYPR 2x2 full spectrum LED fixtures with the new compact PSU drivers and VYPR reflectors, we minimize shading and optimize overall uniformity. We are extremely proud that our solution was selected as the best in the tender and that we were awarded the contract for this prestigious project.”

Critical research for the world’s growers

Fluence supports, sponsors and collaborates on horticultural research projects throughout the world, including its membership in the Wageningen Research Club of 100—part of the WUR Business Unit for Greenhouse Horticulture in Bleiswijk.

The spread of viral infections—such as the tomato brown rugose fruit virus (ToBRFV)—remains a top concern for growers throughout the world. The new Serre Red facility enables WUR to expand and intensify its research capabilities, maintaining its position as a world leader in research on horticultural crop pathogens.

“ToBRFV currently threatens tomato, bell pepper and chili pepper crops throughout the globe, causing most production greenhouses to close to visitors and creating increased costs for growers through extensive disinfection and other precautionary measures,” said Dr. Theoharis Ouzounis, horticultural scientist at Fluence. “There is no treatment other than prevention and pervasive damage has been reported globally. Research into prevention and treatment of viral diseases is extremely important to safeguard our food production.”

About Fluence by OSRAM

Fluence Bioengineering, Inc., a wholly-owned subsidiary of OSRAM, creates the most powerful and energy-efficient LED lighting solutions for commercial crop production and research applications. Fluence is a leading LED lighting supplier and is committed to enabling more efficient crop production with the world’s top vertical farms and greenhouse produce growers. Fluence global headquarters are based in Austin, Texas, with its EMEA headquarters in Rotterdam, The Netherlands. For more information about Fluence, visit www.fluence.science.

The Use of Biostimulants for Enhancing Soil Nutrient Content