HanaroFarm's new special crop cultivation technology involves ionizing selenium to remove harmful components and supplying the selenium to plants to enable it to be absorbed at a high concentration. 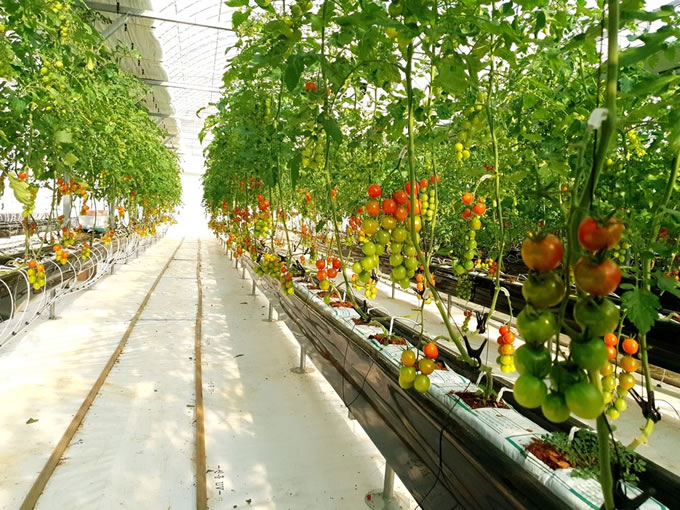 If this technology is commercialized, it is expected to expand the use of selenium beyond its currently limited use in the production of cosmetics, supplements, and milk powder. Selenium is an essential mineral designated by the World Health Organization (WHO)and Food and Agriculture Organization (FAO).

HanaroFarm is expected to help increase the value of selenium as a raw material for the cultivation of ordinary fruits and vegetables by using its technology to produce crops enriched with selenium and also increase exports of domestically cultivated agricultural products. The research results validating the efficacy of selenium have already been confirmed in major countries, including the United States, Germany, and China.

In December 2018, HanaroFarm consigned the nutritional analysis of special, selenium-enriched crops, including beets, rice, and strawberries, to the Korea Advanced Food Research Institute(KAFRI), which verified that the human body absorbs selenium from these enriched crops at a rate 2 to 23 times higher than that of crops cultivated with existing selenium-enrichment methods.

HanaroFarm CEO Kim Jae-Wook said, "Inorganic selenium is prepared for human consumption by processing it with sodium selenite pentasulfate, which contains components that are harmful to the human body, such as sodium, which is why a limited daily intake is recommended. However, as selenium that is organified by plant absorption is absorbed by the body at a higher rate, it can be consumed in larger quantities because it does not contain harmful substances." He also added, "Even more urgent than smart farm autonomous cultivation technology is the development of high-value-added crops that help famers increase their incomes and invest in facilities. The development of new technology for producing selenium-enriched crops will contribute to changing the consumption pattern of high-value-added crops and increasing farmers' incomes by expanding exports."

The main business of HanaroFarm (www.hanarofarm.co.kr), which was established in 2017, is the company's AI-based autonomous cultivation system. This system is currently being used on dropwort farms in Siheung City, South Korea and at the training center of the Young Farmers' Academy of the Future Agriculture Support Center. The company is now engaged in discussions on supplying Korean smart city urban farming systems to India, Vietnam, and Thailand.

Born2Global Centre (www.born2global.com) is a full-cycle service platform for global expansion. Since inception in 2013, Born2Global has been setting the standard for successful startup ecosystem as the main Korean government agency under the Ministry of Science and ICT. Born2Global has expanded and transformed startups to be engaged, equipped and be connected with the global market