Jennifer Marston for The Spoon:  Vertical farming got a lot of attention at the very end of 2018, from Bowery’s $90 million funding round to news of major corporations starting their own farms.

But amid all those numbers and names, one vital piece of information was (and is) missing: We don’t actually know how well the vertical farming market as a whole is doing — if it’s on track to reach its projected $13 billion marketshare by 2024, and if the concept is even as promising a food source as the headlines would have you believe. 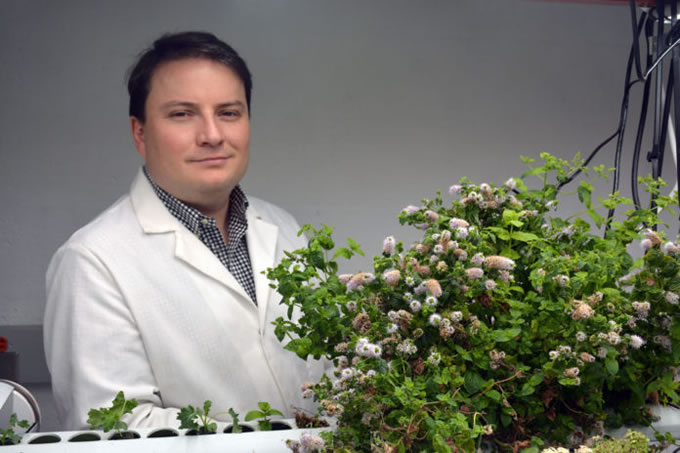 That’s where universities come in to play — Princeton University, to be exact. The Princeton Vertical Farming Project (PVFP) researches what the most optimal growing conditions are for indoor farming and how to produce the best crop yield while using the fewest amount of resources (e.g., water, electricity). Led by Paul P.G. Gauthier, an associate research scholar in plant physiology and environmental plant metabolism, PVFP also wants to provide a model for other initiatives and companies by releasing data on their experiments about what works in vertical farming, and what doesn’t.

“I just wanted to study and provide data,” Gauthier said in a phone interview. “Yes, we’re putting [farms] indoors. We never talk about where the waste water is going, how we get the water. Is it really worth it?”

If you’re a startup operating under the pressure of turning a profit, that’s a scary question. However, Gauthier and his PVFP team are free of that burden, so they can afford to ask questions and conduct more experiments: whether that’s trying to grow wheat or questioning the very value of, say, hydroponics, the current darling of the vertical farming startup scene. “It seems that hydroponic would be more efficient, but that’s never really been proven that that’s true,” says Gauthier. The industry as a whole tends to claim things that aren’t, he says, necessarily backed up by data.

The answer, as he sees it, is open-source vertical farming. That is, turning current data about vertical farming into a framework other projects and startups can use to guide their own efforts in the space. Gauthier would like to see PVFP provide an open-source model for vertical farming so the industry can start to answer some of those tough questions and gain a better understanding of the future.

Tied to that ideal is also the need for data to tell us about the not-so-successful stories. For every AeroFarms out there, there are others who go under for various reasons: operational costs, failure to break even, etc. We know very little, for example, about why Chicago-based startup FarmedHere shuttered in 2017. But the answer could help other vertical farming companies operate more successfully.

Gauthier agrees: “A lot of the small companies have something to tell, and we should hear their story.”  Full Article: