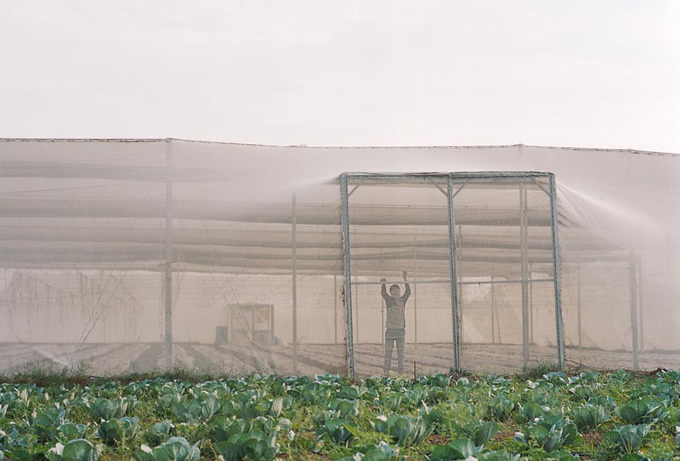 Janice Cantieri for National Geographic: Yadav Bhavanth grows vegetables on family land in the south-central Indian state of Telangana. On this small farm in a drought-prone region, his crop production—and income—depend heavily on seasonal rainfall.

In 2015 and 2016, water shortages threatened his crops. And when the rains came, they were often so heavy that they damaged even the hardier plants, causing disease or infestation.

Some of the extreme weather patterns can be attributed to climate change. As global temperatures increase, extended periods of drought, heat waves, and unpredictable rainfall have intensified. The crop losses and mounting debt carry a human toll: More than 3,000 farmers committed suicide in Telangana during a three-year drought. (Learn more about this problem across India.)

But 2017 was different for Yadav. The 37-year-old farmer began using a greenhouse to conserve water and protect crops from harsh downpours. Instead of trapping heat, these greenhouses are made with breathable, aluminum-coated cloth netting that reflects some of the sunlight, reducing inside temperatures. The greenhouses are also fitted with drip-irrigation systems that allow farmers to use an average of 90 percent less water than their neighbors.  Full Article: