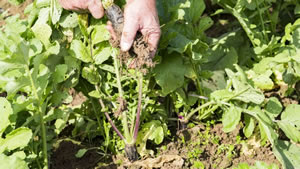 Brian Blum for Israel21c:  Boaz Wachtel is best known in Israel for founding the Green Leaf (Ale Yarok) political party, which ran for Knesset several times on a platform of legalizing cannabis. Green Leaf never passed the voter threshold and Watchtel “retired” from the party in 2006. He has now transformed his passion for green into a different kind of initiative.

There’s nothing modest about Watchtel’s ambitions for Roots, however, which he believes will be a game-changer addressing both worldwide hunger and the impact of drought on population migration. If Watchtel’s technology had been available six years ago, when the climate change-sparked civil war first broke out in Syria, he says, “I don’t think that disaster would have occurred.”  Full Article: