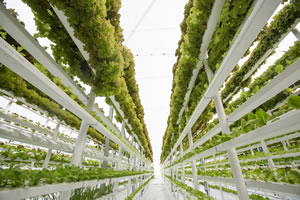 Emily Monaco for Organic Authority:  The National Organic Standards Board voted last Wednesday to reject proposals prohibiting hydroponic and aquaponic production methods from being certified USDA organic. This decision followed intense lobbying efforts by groups in the organic community to urge the Board to vote to restrict certification to soil-based systems.

“It was sad, because the rally speeches and all the testimonies of the farmers were so moving,” says Dr. Linley Dixon, lead scientist at the Cornucopia Institute, an industry watchdog organization that was quite vocal in its support of the ban. “Everyone did such a good job explaining the situation, and it didn’t matter. It was very sad. There were a lot of tears.”

The 15-person Board voted eight to seven to reject the proposal. There are approximately 100 certified organic hydroponic operations in the United States.

This issue has been debated within the organic industry for years. Those against the continued certification of soilless systems argue that such techniques violate the basic principles of organic, which Abby Youngblood, executive director of the National Organic Coalition, told NPR “are really about soil health, regenerating the soil.”  Full Article: