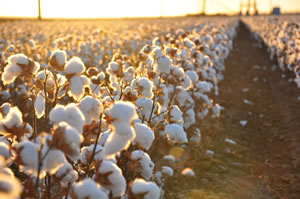 Frank Vinluan for Xconomy:   In the past year, Indigo Ag has brought to the market five microbial seed treatments that help plants hold up to crop stresses, such as drought. The company now has its sights set on developing more products for more applications, and it has raised $156 million to support that work.

New investors Baillie Gifford and Activant Capital joined in the Series D funding round. Founding investor Flagship Pioneering also participated in the financing, as did the Alaska Permanent Fund, a previous investor.

The funding announcement on Tuesday is the first closing of the fund, and it could mark the largest agbio deal of the year, eclipsing the total raised so far this year by other agbio startups combined. According to a recent report from online investment marketplace AgFunder, agbio startups focused on crop production raised a total of $120.5 millionacross 17 deals in the first half of the year. Indigo says it has now raised more than $300 million in financing since its inception.

Indigo’s work focuses on beneficial microbes—the bacteria, viruses, and fungi that naturally coexist with plants. Some of these microbes work with plants, helping them overcome stresses that they face over a growing season. Indigo’s technology screens samples to identify beneficial microbes, which it then develops into a seed coating. Indigo launched its first product, a treatment for cotton plants, last year. Since then, Indigo has brought to the market microbial products for corn, wheat, soybeans, and rice.  Full Article: