On the outside, it would seem that ag-tech is having its 2009 Apple iPhone moment, quipping “there’s an app for that”, but as commercial farmers are beginning to realize, having access to too much information can sometimes be as detrimental as having no information at all. 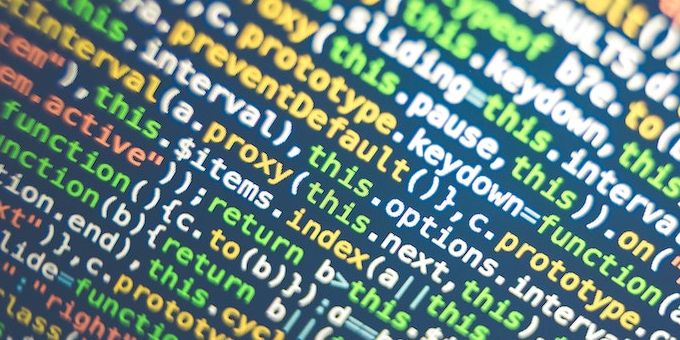 Over 500,000 data points are generated each day by the average farm and according to Business Insider’s research, this number is expected to double itself by 2025 before reaching roughly 2.75 million daily data points by the close of the decade. On the surface, the idea of generating hundreds of thousands — if not millions — of data points on a daily basis may seem revolutionary, especially for the commercial agriculture industry, which finds itself frequently burdened by regulatory changes, supply chain issues, and of course, crop loss. However, and much to the chagrin of farmers, the devil of ag-tech’s new problem lies within the details.

The ag-tech market, which is projected to reach a value of over $43 billion by 2030, has experienced astronomical growth during the past few years. This is largely due in part to things like advances in data analytics, reduced technology costs, and an increasing global demand for food. On the outside, it would seem that ag-tech is having its 2009 Apple iPhone moment, quipping “there’s an app for that”, but as commercial farmers are beginning to realize, having access to too much information can sometimes be as detrimental as having no information at all.

On Paper vs. In Practice

In today’s rapidly expanding world of connected farming, it is easy to feel as though, with enough sensors, monitors, and wireless hubs, farmers could manage their entire operation from the comfort of a climate-controlled office. The ag-tech industry is currently a teeming cornucopia of proprietary IOT devices. With optical, electrochemical, mechanical, dielectric, airflow, temperature, and autonomous sensors — to name a few — for nearly any metric a farmer may want to monitor, it is easy to recognize the significant footprint that big data is about to make on the global agriculture industry.

Ask any farmer though — tech-friendly or not — if this dawning era of agricultural data collection is making life easier and you’ll likely be met with a roll of the eyes or at minimum, a statement that ends with, “but here’s the catch”. That’s because on paper, implementing a bevy of new-age monitors and sensors would seem like a no-brainer for farmers positioned to use them, but in practice, the narrative shifts. Many farmers who have incorporated data-driven technology into their crops are now beginning to recognize the agricultural industry’s next dilemma — information overload.

All the Paint, but No Canvas

Sure, most farmers are grateful that they’ve become the focus of so many tech brands, but they’re also quickly discovering that many of these ag-tech brands have, in essence, locked their data into the brand’s proprietary platform or dashboard. In extreme situations, without the ability to cross-pollinate with other data points, these gatekeeping tactics could render collected information useless. Information that, in some cases, could literally save the farm.

The sentiment often echoed by farmers around the globe, especially those who have incorporated technology with proprietary platforms or closed APIs, is that it feels as if the ag-tech industry is providing them with every color of paint, but no canvas. In other words, if farmers don’t have the ability to house, view, or analyze their data within a singular dashboard or platform, then the potential benefit of the information is often significantly reduced.

For example, let’s take a farmer who utilizes soil moisture sensors as well as predictive weather monitors to trigger their automated irrigation system. If these two monitors are unable to communicate or share data, then what happens in the event that the soil moisture sensor detects low water content, thus triggering the automated irrigation system — but — at the same time, the predictive weather monitoring system forecasts heavy rains later that day? Of course, some systems allow for the use of conditionals like Boolean expressions and if-then statements to compensate for situations like this, but at its core, isn’t this simply putting a band aid on a problem that is growing as fast as the ag-tech industry itself? Remember, analysts predict that by 2030, the average farm will generate 2.75 million data points daily — one would be hard pressed to find a farmer who has the bandwidth to create custom conditional statements for the number of variables involved in this much information.

Can’t We All Just Get Along?

The information overload problem isn’t a new one, nor is it unique to commercial agriculture. The human health industry experienced a similar conundrum during the 2010’s. During this period, the quantification of personal health data grew tremendously with the help of tech-enabled monitors. Much like farmers are beginning to realize with ag-tech tools, human health tech brands eventually identified the core issue behind massive health data collection — the lack of a unified platform.

Although the human health industry is still working out some of the bugs, tools like Apple’s Health app, that aggregates data streamed from other health-tech devices, has pioneered the call for a unified platform that allows a user’s data to be securely housed and analyzed. The majority of brands that provide health monitoring devices quickly realized that sharing data with aggregator dashboards like Apple Health was a necessity to both the growth of their brand and user adoption.

From an economics point of view, it is easy to understand why brands push users to adopt proprietary dashboards to access their data. Afterall, metrics like user count or app downloads can be as appealing as actual revenue to investors these days. However, without a means of unifying the data collected from ag-tech’s rapidly expanding arsenal of sensors and monitors, even the most accurate information relinquishes a degree of usefulness.

At the macro-level, the ag-tech industry is providing farmers with endless answers.

The issue is that, although answers like these are a great foundation, farmers are typically making decisions today that affect tomorrow. The current state of ag-tech’s new problem is producing massive data sets of granular answers, but in reality, farmers need tailored solutions. Much like human health, the needs of one farmer may greatly vary from the needs of another. Ag-tech must address this sooner than later, lest we risk creating graveyards of abandoned tech throughout our fields. Moving raw data from server purgatory to a unified platform can, in many cases, resolve this growing concern in the same fashion that human health tech addressed the problem — by encouraging brands to deploy open APIs for collected data.

Fortunately, some ag-tech providers appear to be learning from the mistakes made by human health tech. Brands like autonomous insect monitoring provider, FarmSense, and the agricultural behemoth, John Deere, have both positioned themselves as pioneers in ag-tech with their open APIs, allowing collected data to be utilized across platforms. As more ag-tech brands adopt open data practices, perhaps then, the melding of commercial agriculture and technology will be positioned to solve many of the world’s looming sustainability issues like climate change, food scarcity, and food equality.