A biosensor is an analytical device that can be used for the detection of target analytes. It consists of a transducing device (transforms a biochemical signal into a measurable signal) and a biological element, such as enzyme, antibody etc., which is immobilized. 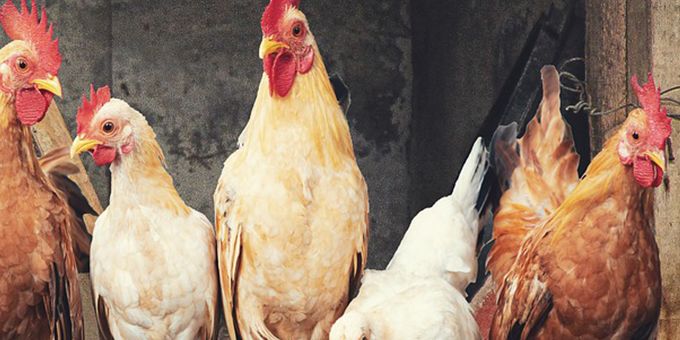 Use of Biosensors in the Poultry Industry?

In the last few decades, there has been a phenomenal growth in the use of biosensors in the food and agricultural industry for the detection of pathogens. But what exactly are biosensors used for? Since the early 1940s antibiotics are being used more and more in the animal food industry to enhance growth. As a result, more meat can be obtained from the animals. Of course, such procedures have huge financial benefits for the farm industry. However, there are certain drawbacks. The wide use of antibiotics in the animal food industry increases the number of animals with antibacterial resistant properties. What does this practically mean? Numerous resistant genes are being spread amongst animals and humans. In humans, this resistance to antibiotics leads to reduced drug effectiveness and the inability to treat infections. Who is mostly in danger? Farm workers, slaughterhouse employees and veterinarians, since they are in direct contact with the animals. Of course, infected individuals spread the pathogens throughout their surroundings. It is important to mention that this phenomenon does not only apply to the poultry industry but also to other types of animal industry, such as pigs and cattle.

The threat of anti-bacterial resistance in farm industry is real and has to be taken seriously. For this reason, the European Union initiated a “precautionary principle” model, which bans the use of certain antimicrobial growth promoters. However, there are also many other antibiotics, which have not been banned. In these cases, maximum residue limits (MRLs) of antibiotics have been set by both European countries and the United States. Aim of this regulation is the safety of consumers. The MRL can be defined as ‘the maximum legally acceptable amount of pharmacologically active substances and their metabolites’. So, how can this MRL be measured? There are several techniques, such as ELISA, PCR, biosensors etc. Many factors should be taken into consideration, when choosing the appropriate method such as sensitivity, cost, efficiency, how much time it takes etc. Among all these techniques, biosensors gain ground due to their special characteristics. So, let’s take a closer look into this technology to understand how biosensors function and why they stand out as excellent instruments for the detection of pathogens.

What is a biosensor?

The mechanism of a biosensor is actually quite simple. A biosensor is an analytical device that can be used for the detection of target analytes. It consists of a transducing device (transforms a biochemical signal into a measurable signal) and a biological element, such as enzyme, antibody etc., which is immobilized. The biological element interacts with the analyte, that is being tested and the biochemical signal is being converted into a measurable signal through the transducing device. Generally, analyte samples are collected from the throats of live animals, fecal content, and blood components from the poultry locations.

Benefits of biosensors compared to other techniques?

Currently, ELISA and PCR are the most common techniques to be used for the detection of pathogens. Both methods are characterized by high sensitivity. However, there are certain drawbacks. They are both performed in highly specialized laboratories by skilled personnel making the procedure time-consuming and costly. The transport of food samples to the testing laboratory can take several hours to days. As a result, the sample cells may possibly become stressed leading to false negative results. Moreover, ELISA can only work on a high concentration of target molecules. Due to these restrictions, we cannot use these applications in onsite detection. Biosensors offer solutions to all these problems. The simplicity of their mechanism makes the detection of antibiotics with biosensors fast, accurate and easy to implement. They are quite simple and user-friendly instruments, which provide fast analysis and therefore they are an excellent choice for onsite application.

Like all the techniques, which are detecting pathogens, biosensors also have some limitations. One of the major limitations is the uncertainty of the biological sensing element. For instance, the sensing mechanism may be affected by the duration of use, type of molecules, environmental factors (pH, temperature and ionic strength). Another restriction of biosensors is the transducer size within the biosensors. However, their special characteristics: high efficiency, superior selectivity and sensitivity, fast response, biocompatibility overweight their drawbacks.

Pathogens that can be detected by biosensors?

Contagious illnesses are responsible for approximately 20 million deaths annually all over the world. As many studies have shown, biosensors can be used for the detection of a wide range of pathogens. Viruses, coronaviruses, bacterial and many others. Here, are only a few examples of pathogens that can be successfully detected with the use of biosensors:

and many others... Illnesses caused by all these pathogens are a major threat to humans all around the world. Of course, such contagious diseases lead to huge economic losses worth billions of dollars. Hence, detecting the pathogens at an early stage in the food processing chain is quite important and biosensors act as an excellent solution.

Types of biosensors that should be used?

The type of biosensor that should be used depends on the given application. There are many types of biosensors and can be categorized as optical and non-optical based (electrochemical and mass-based). The main drawback with non-optical based biosensors is inconsistent measurements and limited sensitivity. On the other hand, optical-based biosensors such as ones using fluorescence provide high sensitive and consistent results. So, you can actually see a colour appear in the biosensor in case there is a pathogen in the sample. Moreover, changes in the colour are related to the concentration of the pathogen. Monitoring of these colour changes in naked eye makes biosensors quite applicable for onsite detection. Many different studies have examined the use of different nanomaterials for the construction of various types of biosensors. Goal of these studies is to create biosensors with the highest sensitivity and efficiency as possible.

Technology is striving to make biosensors easier and easier to use. New approaches are continuously developed. So, new versions of biosensors use the camera light of cell phones or smart phones for the recognition of pathogens. Innovation is always the aim of technology. This also applies in the technology of biosensors. So, innovative approaches require the combination of smart and active packaging with biosensors. The idea is the following: intelligent packaging, with self-healing properties working in cooperation with biosensors. Such an application would ensure improved safety at the customer level. Future looks promising and an idea that should be promoted is a user-friendly biosensor kit with a smart packaging. In this way, the customers can easily test their own safety prior to consumption.

To sum up: Biosensors in animal food industry: Yes, or no?

Taken all these different aspects of biosensors’ technology into consideration, the answer is definitely yes. Biosensors are an excellent option against the threat of antibiotic resistance and contagious diseases. Conventional methods, such as ELISA and PCR can be time-consuming, challenging and require expensive equipment and well-trained personnel. Biosensors come to overcome these difficulties. High efficiency, selectivity and sensitivity, fast response, biocompatibility. All these traits make biosensors superior compared to the conventional methods. Investors have spent millions of dollars in the industry of biosensors’ technology. The reason? The need to fight the threats to animal food industry from the source. Above everything is the consumers’ health. Developments in the field of biosensors’ technology are constantly taking place and the future looks very promising with high potential of new advancements and applications.