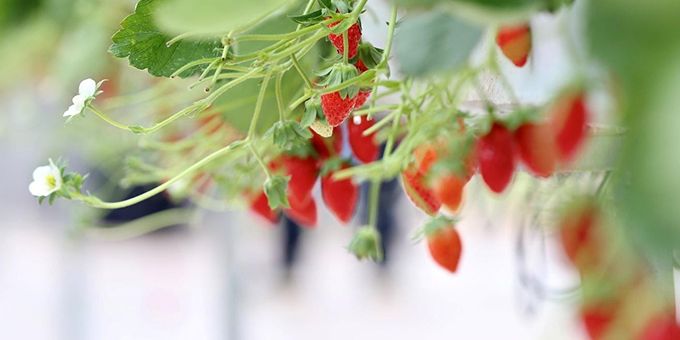 The technologists also outperformed farmers in terms of return on investment by an average of 75.5%, according to the competition organizers.

CyberFarmer.HortiGraph, a team made up mostly of researchers from the China Agricultural University and National Agriculture Intelligence Equipment Engineering Technical Research Center, placed first in the competition.

The four-month competition, which ended on Nov. 30, 2020, was co-organized by Pinduoduo and the China Agricultural University, with the Food and Agriculture Organization of the United Nations as technical adviser. The contest is the first cross-disciplinary smart agriculture competition in China organized by a technology company and university to develop planting methods to raise productivity and yield. 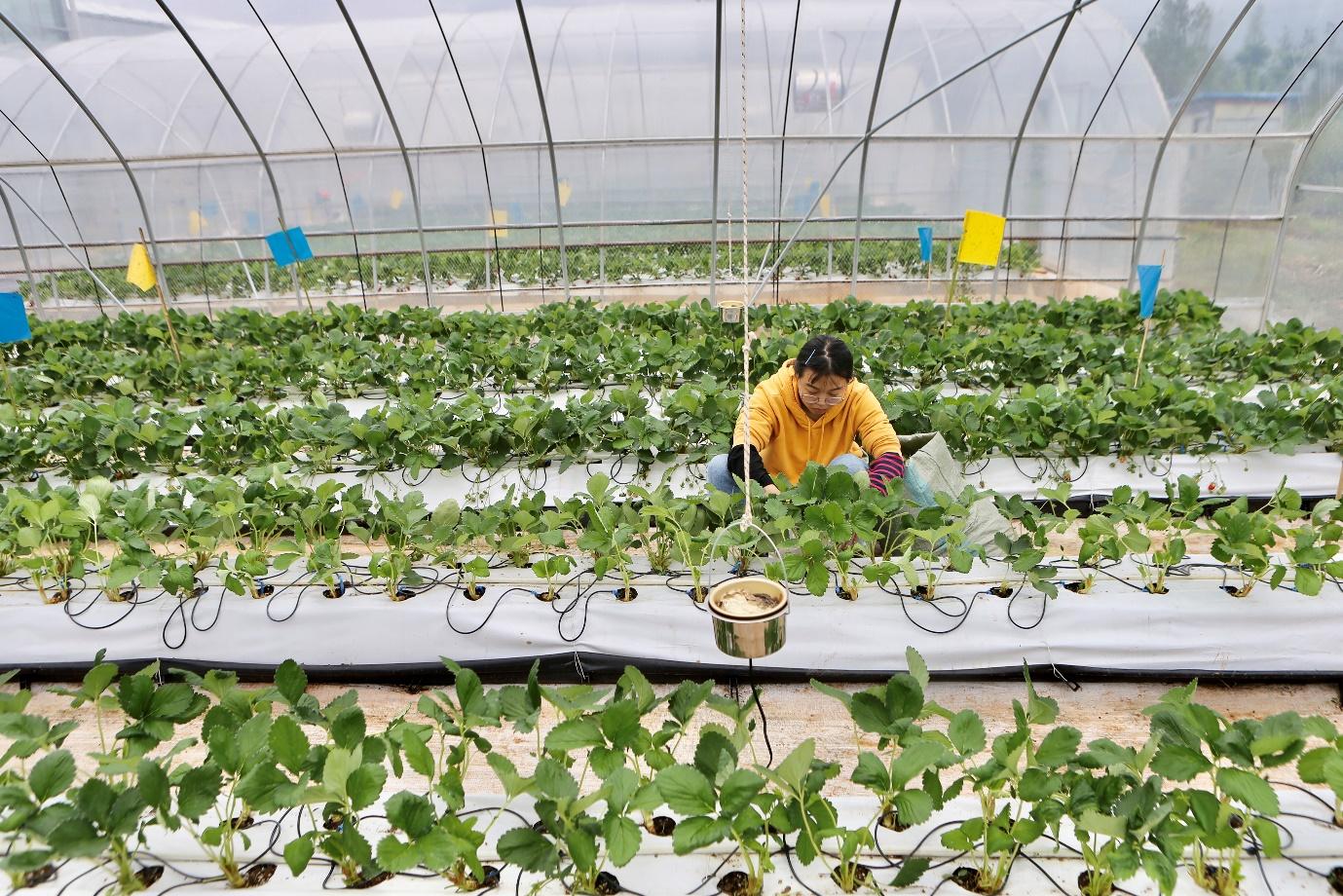 A member of the traditional farming teams tending to the strawberry beds at the Smart Agriculture Competition. (Source: Pinduoduo)

The push into smart agriculture is part of Pinduoduo’s broader goal of helping China realize the full economic potential of its vast agriculture resources. One of the first steps in improving productivity is to raise the level of digitization across the value chain, from production to the transportation and sale of food.

Precision farming technology can help improve the crop on the production end, while agriculture analytics can cut food wastage by reducing mismatches in supply and demand. For the growers, e-commerce allows them to tap on a much larger market than the local wholesaler, freeing them from the constraints of geography.

“Technology is the force multiplier that helps both the people who grow the food and the people who eat it,” said Andre Zhu, senior vice president of Pinduoduo. “Investing in agriculture benefits the greatest number of people. We are happy to play the role of matchmaker and enabler.” 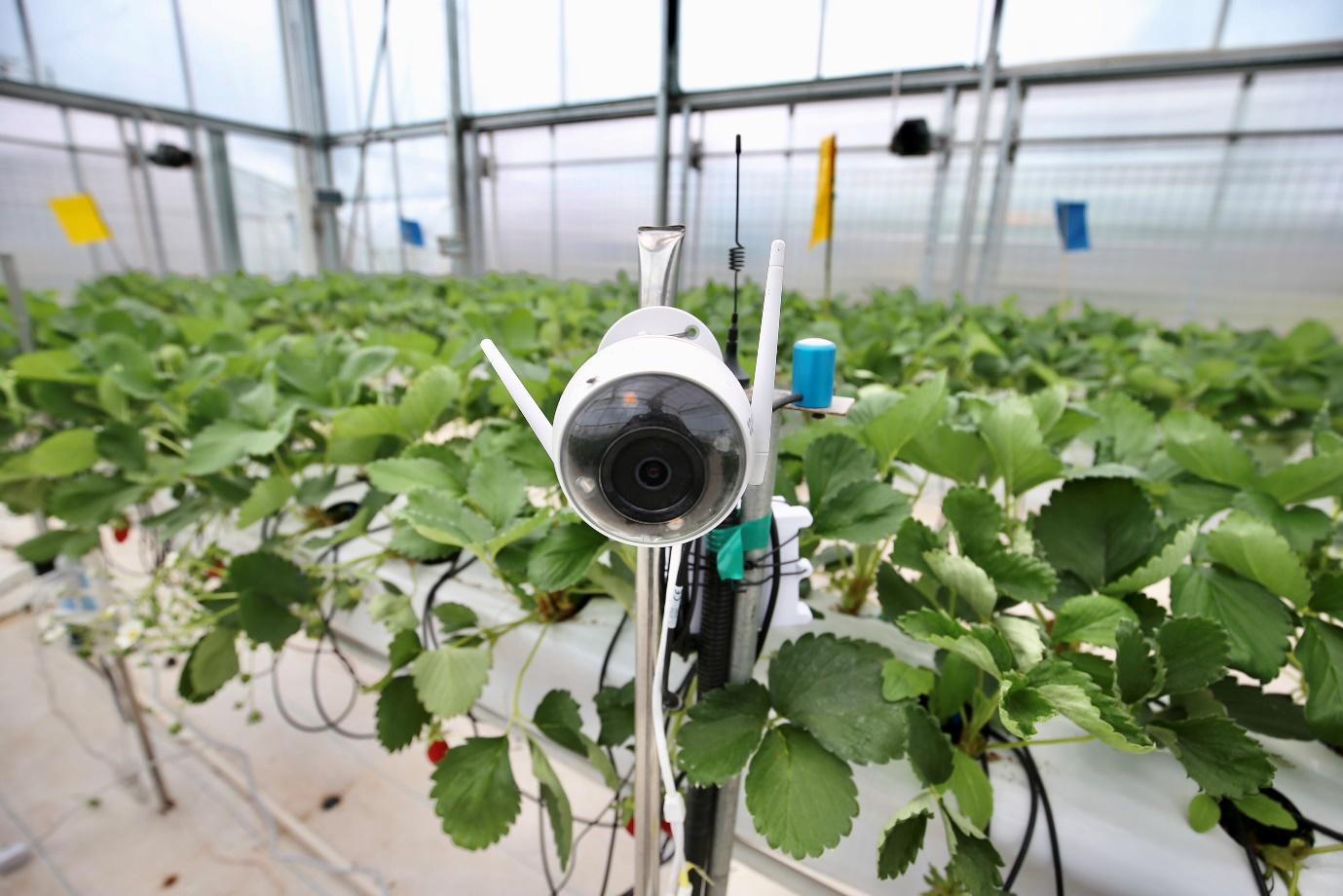 Sensors deployed in the greenhouse to monitor plant growth at the Smart Agriculture Competition (Source: Pinduoduo)

Pinduoduo will explore promoting the technology developed by the teams in the competition to working farms in China. The company operates the largest agricultural e-commerce platform in China and works with farmers from impoverished regions of the country to sell their produce to urban consumers.

In the competition, the technology teams had the advantage of being able to control temperature and humidity through greenhouse automation, the organizers noted. They were also more precise at controlling the use of water and nutrients. The traditional farmers had to achieve the same tasks by hand and experience.

“This competition was a successful journey for the team to explore how technology can be used in agriculture,” said Lin Sen, the team leader for CyberFarmer.HortiGraph and a researcher based at Beijing’s National Engineering Research Center for Information Technology in Agriculture.

The Smart Agriculture Competition has inspired at least one of the technology teams to commercialize their research, showing the potential market demand for smart agriculture solutions.

Zhi Duo Mei, comprising a group of university researchers, set up a company of the same name to provide its strawberry-planting technology to farming cooperatives after receiving numerous inquiries during the competition.

The competition helped Sun Yuqing, a member of Yanjiutian, the all-women team of farmers in the competition, change her view of technology.