NYC AgTech Week is the only AgTech conference on the East Coast run by the leaders of the industry themselves. 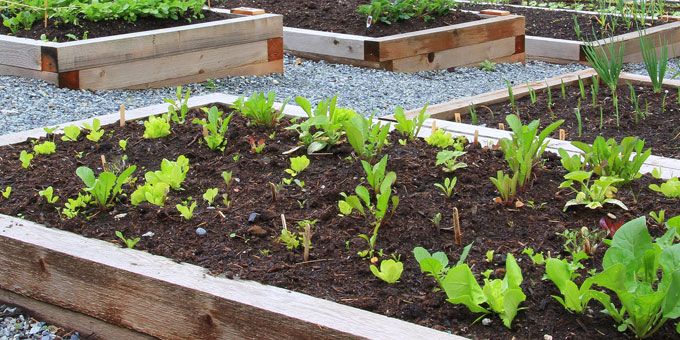 Tell us about NYC AGTECH WEEK.

NYC Agtech Week is a six-day conference featuring exclusive farm tours, panels, workshops, and networking events focused on the fast growing and innovative AgTech sector, and promises unprecedented access to industry founders, investors, startups, and thought leaders. Spread out over locations across Brooklyn, Mahattan and Queens, the conference is a unique opportunity to immerse yourself in the NYC Agtech community.  This is the fourth year NYC Agtech week has been running, and it is exciting to see how much it has evolved since its inception.

What is The NYC Ag Collective?

The NYC Ag Collective is  a consortium of 15+ commercial urban farms, tech companies, and non-profits working together to share resources, enact urban ag policy change, spread awareness of Urban Agriculture to the broader public and build a tight knit AgTech community of Founders and supporters. In December 2017 the Ag Collective was instrumental to the passing of Bill 1661-A, New York's first piece of Urban Agriculture legislation, and in 2019 provided critical support to the passing of the Green Roof act, making it mandatory for all new development in NYC to have green roofs. Every year the Ag Collective hosts Fresh in February, an event intended to share the year round capability of Urban Agriculture, and NYC Agtech Week. The Ag Collective counts Aerofarms, Bowery Farming, Farm.One, Smallhold, Teens for Food Justice, Cornell and Edenworks, among others, as part of its organization.

How is NYC AgTech Week different from other Conferences in the Agtech space?Why do you feel the event is a must attend for those in the Agtech industry?

NYC AgTech Week is the only AgTech conference on the East Coast run by the leaders of the industry themselves. Unlike other AgTech conferences organized by large production companies and costing thousands of dollars for admission, NYC AgTech Week is almost entirely run on a volunteer basis by the same innovative Agtech Founders who are given top billing at competing conferences. All proceeds go back to the Ag Collective, which uses the funds to support the public programming for the coming year.  NYC Agtech Week's content covers a vast swathe of Urban Agriculture interest points across a multitude of locations around NYC. By creating a variety of conference topics and panels, we hope to gather together a true cross section of farmers, entrepreneurs, investors, chefs, real estate developers, academics and agriculture enthusiasts eager to learn more about AgTech. In our effort to make Urban Agriculture as accessible as possible, the cost structure of the conference is almost 4x below the market average for conferences with comparable programming and speakers.

Tell us about the Farm tours available with this conference, what farms can be visited and what will they showcase? What makes the New York City area such a hub for the Agtech innovation?

Attendees of NYC Agtech Week have opportunity to tour Farm.One, the community garden network on the Lower East Side in Manhattan, GrowNYC's farm on Governors Island, Brooklyn Grange Rooftop farm in Brooklyn, Square Roots, Farmshelf at New Lab, the Scholes Street Children's garden, Aquaponic operation Oko Farms and cutting edge AgTech consulting firm Agritecture. The goal behind these tours is to showcase the incredible diversity of Urban Agriculture operations in New York City, encompassing both the public and private sectors.

New York is such a hub for Agtech innovation because it is a nexus of startup mentality, dynamism, and idealism. On paper it may seem unusual that so many strides in Agriculture technology are being made from what is one of the most densely populated urban centers in the world, but I believe it is this very density, diversity and interconnectedness that pushes entrepreneurs to think outside the box of what Agriculture can be traditionally defined by, and that inspires founders to solve the ever-present problems of space, food access and distribution as it pertains to Agriculture solutions,

Why is it so such important to educate people on its benefits?

With the effects of climate change becoming ever more noticeable, it is no longer an option for consumers to ignore the process by which their food is grown, distributed and consumed. Consumer education is vital to shifting public attention towards farm policies, agricultural processes and systems. Major urban centers need to develop thriving localized food + agriculture systems to become smarter, more resilient and more sustainable. Farmers across the country need technology solutions to make their jobs more sustainable, safer, and efficient. These initiatives cannot happen without a large scale shift in the mainstream public perception of Agriculture, technology, and the role it plays in our societal health and economic success. We hope to see you there!

About Shelley Golan
Shelley Golan is a Founder, Speaker and Consultant specializing in Startups, Agtech, Edtech and Sustainability. From 2012-2018 she founded two companies; Agtech-focused sustainability marketing firm Our Name Is Farm, and hydroponic microgreen salad bar Harvest2Order. She is the Accelerator Program Director of EdTech Accelerator StartEd,  a member of the NYC Ag Collective and the Producer of NYC Agtech Week, as well as Gala Chair on the Junior Board of the Food and Finance High School in NYC.