I see a lot of information being thrown your way – some factual, some based on speculation, and some science fiction. What I hope to be able to do is give you some background information so that you can reasonably detect which pile to file the information in. 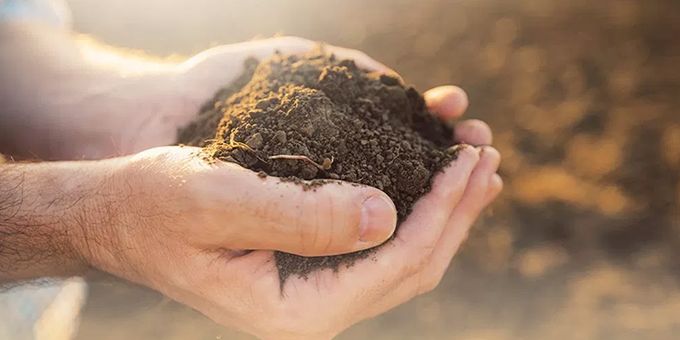 Back to Basics Soil Fertility Part 1

I continue to get calls from farmers with questions regarding fertilizers. Some of these are what I would consider basic questions that I would assume most producers would know – but then we all know what ASSUME will do. So, I thought I would go “Back to the Basics” so to speak with a series of blogs to discuss fertility.

In my career, I have had the opportunity to work with some GREAT MINDS in the fertility world – or more specifically the fertility world as it relates to western Canada. These include the team I worked with during my time with Westco Fertilizers and includes John Harapiak, Dr. Rigas Karamanos, Norm Flore, Lyle Cowel and Dr. Tom Jensen. These gentlemen can take the complex issues and dynamics that are our soils and boil it down into concepts that farmers can grasp.

Over the next five blog posts, I will try to take some of what I learned from these experts and 40+ years in the field to communicate it so that you can better understand the fertility end of your farming business. I see a lot of information being thrown your way – some factual, some based on speculation, and some science fiction. What I hope to be able to do is give you some background information so that you can reasonably detect which pile to file the information in.

1. Liebig’s Law of the Minimum – the first law to understanding fertility.

This concept is a principle developed in agricultural science by Carl Sprengel (1828) and later popularized by Justus von Liebig. This law states that a plant’s growth will be limited by the most limiting of the essential plant factors/nutrients. For the most part, this law remains relevant today, almost 200 years after it was first proposed.

What does this mean?

You’ve probably seen this concept described as staves on a barrel of varying lengths – where the yield is limited by the shortest case and can only be increased by lengthening that limiting stave.

Over my years of scouting in the field, I have become a firm believer in this concept. I have solved many issues and problem areas in fields, including wheat, barley, peas, canola, alfalfa and other crops by using tissue sampling and soil sampling as my primary diagnostic tools and helped fix the problem, or in other words “lengthen the shortest staves.” However, in these situations, there has already been some top end yield loss for that year.

2. The Law of Diminishing Returns

The table below shows the output of corn per unit of fertilizer. At some point, there may also reach a point where the output begins to decrease since too much fertilizer can become deleterious to production. There is a cost to each unit of fertilizer so there will be a point – prior to the point where yields are starting to decline, where the economics turn and the cost of applying another unit of fertilizer will, while still increasing yield, show no economic yield. This point is called the Maximum Economic Yield. The bottom line – there is an endpoint to the amount of fertilizer you can apply and still get a return. This is governed by some factors including crop types (canola vs soybeans for example), crop varieties or hybrids, crop prices, fertilizer prices, weather (including rainfall) and your unique soil.

It states that for each nutrient, there is a Right Source, a Right Rate, a Right Time, and a Right Place to apply that will result in maximum economic returns and minimum environmental impact.

These four decisions are unique for each farming situation and may vary from field to field. However, being able to use them correctly will improve yields, lower costs and lower the losses of nutrients from your field and into the environment.

Now let’s look at the nutrients you deal with annually on your farm.

The mineral elements are the ones we think about most often. They are divided into three different categories, classified by the quantity used by the plant. However, this does not mean that a primary nutrient is necessarily more important for plant growth only that more of it is required.

Except for potassium, these nutrients must be mineralized from organic matter, and mineralization occurs at different rates every year and is driven by various environmental factors.

There are four additional nutrients that can be classified as essential in some crops but are rarely deficient in most soils. Those nutrients are sodium (Na), cobalt (Co), vanadium (V) and silicon (Si).

So let’s dig in and examine these nutrients, what they do in the plant, how they get there and other things that are handy to understand as it relates to your crop. Over the next few posts, I will try and discuss the individual nutrients in more detail and relate them to the three laws described above.