ITC knew that metal enclosure options would not fit the companys needs because agricultural sprays and chemicals typically degrade metal boxes quickly. Therefore, a non-metallic option would be best, due to the materials ability to withstand corrosion in the field. 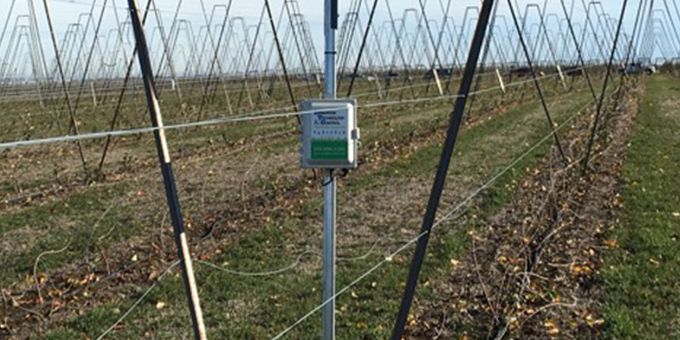 Founded in 1992, Irrigation Technology & Control (ITC) has grown to become one of the largest irrigation and pump service providers in the Wenatchee and Columbia Valleys, Washington. In addition, ITC specializes in agricultural wireless and cellular monitoring. Five years ago, the company needed a robust enclosure to protect its banner radio equipment, relays, and solar charge controller’s product line.

ITC knew that metal enclosure options would not fit the company’s needs because agricultural sprays and chemicals typically degrade metal boxes quickly. Therefore, a non-metallic option would be best, due to the material’s ability to withstand corrosion in the field. 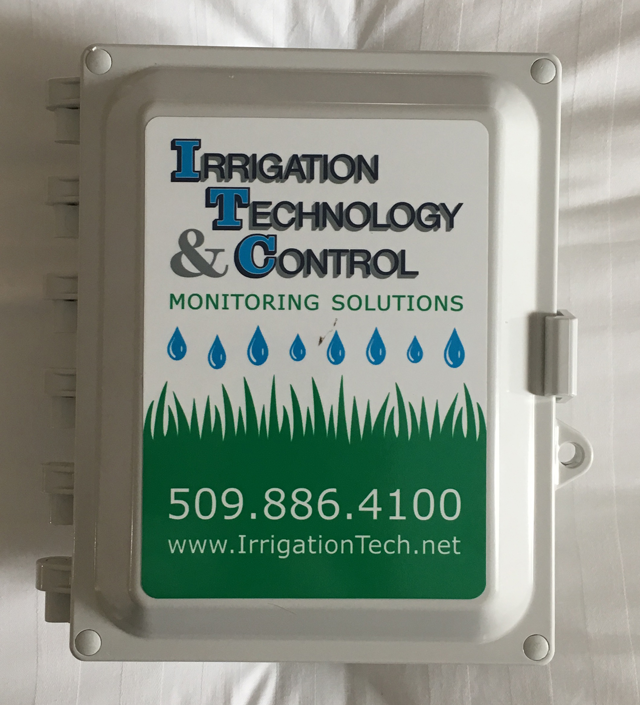 Plus, ITC’s new product line includes wireless applications and metal enclosures would block the radio frequency signals. One of the biggest advantages of non-metallic materials is that they enable electronic signals to transmit as freely as information systems require, without the need for an external antenna.

When ITC explored options for a non-metallic enclosure, AttaBox representative Derek Boney suggested the Heartland polycarbonate option from AttaBox.  A major benefit of selecting the Heartland TM series is that it provides the ability to directly mount the DIN-rail to the back of the enclosure. This eliminated ITC’s need for a metal back-panel. By eliminating the extra cost of a back panel, it gave ITC a price advantage over other options. Plus, for wireless radio applications, a metal back panel could act as an RF shield blocks signals.
Also, by choosing a polycarbonate option, ITC was able to keep the antenna inside the enclosure because whenever an antenna needs to be placed outside the box there is an increased risk of damage to the antenna from the outdoor environment.

ITC tested the Heartland series’ polycarbonate boxes from AttaBox and was so pleased with the performance that they started shipping products using the enclosure.

“Heartland is a good and robust enclosure; also, it is well priced,” stated Robert Biles of Irrigation Technology & Control.

ITC has been using the AttaBox Heartland polycarbonate enclosure line since that first shipment in 2012. By specifying the Heartland series, ITC was able to eliminate a back panel, thus reducing overall cost. Most importantly, AttaBox non-metallic enclosures are built to last in the tough agricultural environment.

AttaBox Heartland Series Industrial Enclosures are compliant with all industry standards for water-tightness, corrosion resistance, and even, temporary submersible integrity. This includes NEMA 4X and 6P, along with IEC IP66 and IP68, integrity. The Heartland series offers UL certified protection for the most extreme environments such as exposure to rain, sleet, wind, fire, UV and direct spray down. AttaBox Industrial Enclosures manufactures products cULus certified for UL508A, UL 50, UL 50E, as well as Canadian National Standard, CAN/CSA C22.2 No. 94.1 and 94.2. Attabox is a brand of Robroy Enclosures™ (a subsidiary of Robroy® Industries, serving the marketplace under one family ownership since 1905). www.attabox.com