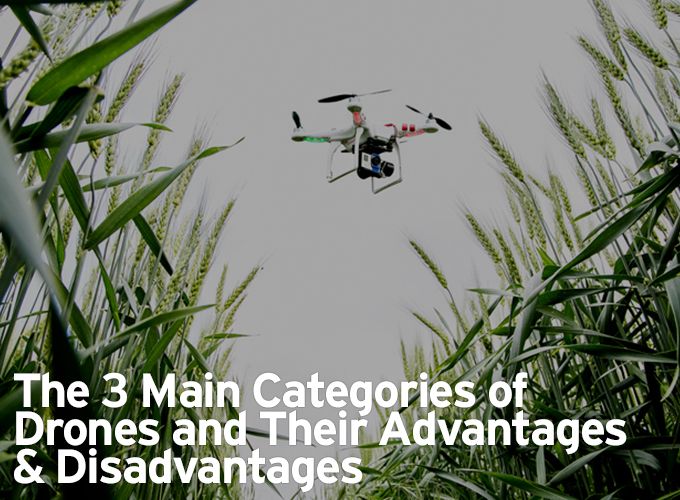 Known as an Unmanned Aircraft System (UAS) or Unmanned Aerial Vehicle (UAV), a drone is basically any aircraft flying in the sky without a pilot, whether it be flying autonomously or with a remote control on the ground. As you’ve probably noticed, they are becoming increasingly common as technology rapidly advances.

In fact, sales of drones are expected to rise from 2.5 million in 2016 to 7 million in 2020, a staggering 180% increase. This means newer and more varied versions of them are constantly hitting the market, making it difficult to keep up with the different types of models.

To make things even more confusing, there are currently no official main categorization or set standards for the different types of drones! We’ll make things easier to understand. We have classified drones into three main categories and discuss the main advantages and disadvantages of each type of drone, as well as the typical uses.

Here are the 3 main types of drones from which most are developed from: 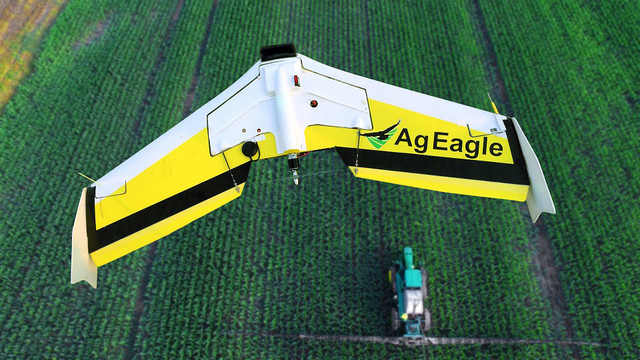 A fixed wing drone consists of one rigid wing and is designed to look and work like an airplane. What helps distinguish fixed wing drones from other types is that they cannot stay in one place with vertical lift rotors, but instead glide on a set path as long as their energy permits. This means they can be far more efficient compared to the two other main categories of drones.

Fixed wing UAVs are well known in the military, as they are often used when manned flight is considered too risky or difficult. They are also used in the commercial industry.

Because fixed wing drones are more data focused in design, they are usually used for commercial purposes such as aerial mapping, inspection, agriculture, construction, security, and surveillance.

Take a look at the AgEagle RX48 agriculture drone. It can be autonomously flown using Botlink, launched by hand, and is an affordable option for a fixed wing drone. 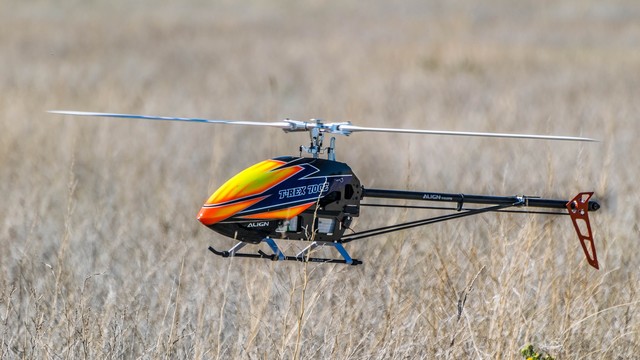 Single rotor drones are strong and look similar in structure and design to actual helicopters. They have one big rotor, which is like one big spinning wing, plus a small sized rotor on the tail for direction and stability. 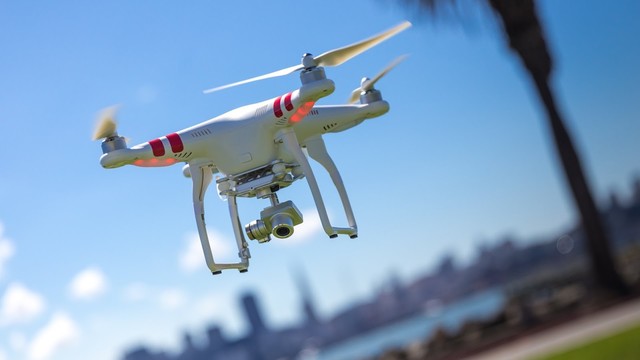 The most popular type of drone for getting an “eye in the sky” is the multi-rotor drone. This is the popular choice for aerial photography, filmmaking and surveillance. It is used by professionals and hobbyists alike because of its small size and ready to fly out of the box capabilities.

Multi-rotor drones are also easiest to manufacturer and the cheapest drone option. They carry several rotors on their body and can be further classified based on the number of them on the platform of the drone. There are tricopters (3 rotors), quadcopters (4 rotors), hexacopters (6 rotors) and octocopters (8 rotors), among others. Quadcopters are by far the most popular multi-rotor drones.

You can further categorize within the three main categories of drones:

Small: bigger than the size of an insect but still quite small (less than 2 meters in length). This is the size of most consumer drones. These drones can be handled by one person.

Medium: Smaller than light aircrafts and usually need to be carried by two people.

Large: size of a small aircraft, usually used in military or surveillance situations.

Close-range: Most close range drones usually have a range of around 3 miles and can stay in the air an average of 20-30 minutes. Consumer drones fit into this category.

Short-range: Most short range drones can be controlled up to 30 miles away from users and can stay in the air for an average of 1 hour and up to 6 hours.

Mid-range: Most mid range drones can be controlled up to 90 miles away and can stay in the air up to 12 hours.

Most endurance drones can be controlled up to 400 miles and be up in the air for up to 3 consecutive days. These are typically used for surveillance and collection of scientific data.

(Some of this data above may be inaccurate for your specific type of drone. Be sure to read your individual drone specs for accurate flight time, control distance, specs, etc.)