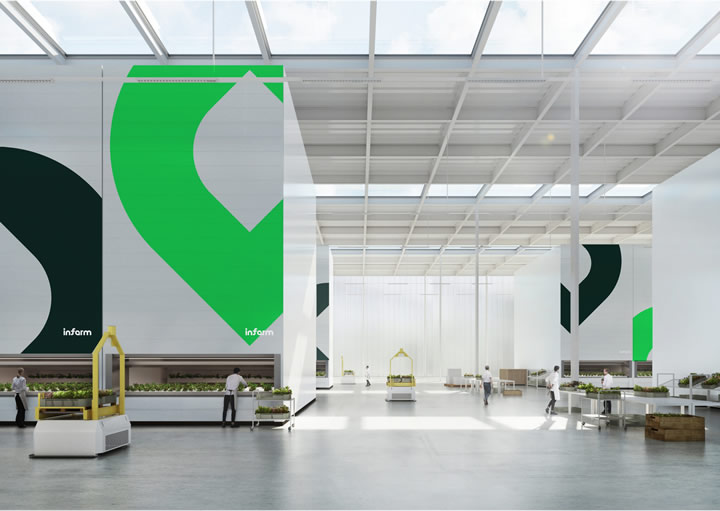 Infarm, a rapidly growing urban farming company with a global presence, announced today that it has raised $200 million in a Series D funding round. The investment included participation from existing and new investors, including the Qatar Investment Authority (QIA) - which will support the company's expansion to countries in the Middle East - Partners in Equity, Hanaco, Atomico, Lightrock, and Bonnier.

The additional capital will serve to expand the deployment of the company's vertical farms in the U.S., Canada, Japan and Europe, and to enter new markets in Asia-Pacific and the Middle East with both in-store farming units and Infarm Growing Centers. In 2023, Infarm will open its first Growing Center in Qatar, where it will harvest tomatoes, strawberries and other fruiting crops besides herbs, salads and leafy greens.

Erez Galonska, co-founder and CEO of Infarm, said: "The current food system is broken. Vertical farming and the Infarm system provide a sustainable solution to feed a growing population in a way that's much better for the planet and is far more resilient and flexible in the face of climate uncertainty and supply chain disruption.

"Building a global farming network of our climate-resilient vertical farms is a core mission at Infarm, which is why we're excited to announce this latest funding round. This strategic investment will support our rapid global expansion and bolster our R&D so that we can grow more varieties of crops close to consumers across Europe, Asia, North America and the Middle East. It's another step towards meeting our ambition of growing the entire fruit and vegetable basket in the near future, providing premium products at affordable prices to everyone."

His Excellency Mansoor bin Ebrahim Al-Mahmoud, CEO of QIA, said: "QIA aims to have a positive impact through all our investments. We continue to increase our exposure to leading innovators globally and we are actively targeting themes including the climate transition and technology.

"As a responsible, long-term investor, QIA's purpose is to create value for future generations. We see vertical farming as a way to enhance food security in every part of the world. We look forward to working with Infarm to develop their first Growing Centre in Qatar, which will contribute to Qatar's own food security and economic diversification."

Infarm Growing Centers are Infarm's flagship production units. The spaces connect multiple vertical farming modules, offering the equivalent of about 110,000 ft2 of growing capacity, with a distribution center that ensures quick delivery to supermarkets. Infarm also builds smaller in-store farming units for grocery stores, making the shopping experience more dynamic for consumers. Both designs were developed to maintain superior freshness while consuming considerably fewer resources than soil-based agriculture. In addition to the more than 75 different varieties of herbs, salads and leafy greens Infarm currently produces, the company is working to expand its portfolio with 40 new crops next year such as mushrooms, cherry tomatoes, peas and strawberries.

Infarm's cloud-connected farming network can be scaled rapidly and requires less upfront capital than its peers. The company's proprietary modular technology can be deployed in as little as six weeks to transform a space the size of a living room 430ft2 into an urban vertical farm that produces more than 500,000 plants per year - the equivalent of a football field-worth of crops. This new farming model can be as much as 400 times more efficient than soil-based agriculture and uses no chemical pesticides. It requires 95% less land and uses 95% less water by recycling water and nutrients and using the evaporated water of the plants. Because crops are grown directly in cities, they also require 90% fewer food miles to get to consumers' plates.

Each farm is equipped with numerous lab-grade sensors that have collected more than 60 billion data points from its global farming network. The farms upload information to the company's cloud, the so-called "farm brain." Infarm's crop science team analyses the data to continuously update the growing environment in each module and improve factors like yield, quality and nutritional value through the use of artificial intelligence and its patented technology. In the last three years, through the analyses made possible by the "farm brain", the company reduced production costs by 80% and improved yield by more than 250%.

Goldman Sachs Bank Europe SE and UBS acted as financial advisors to infarm on this transaction.

Infarm was founded in Berlin in 2013 by Osnat Michaeli and the brothers Erez and Guy Galonska. Passionate to become self-sufficient and eat better, they were growing their own food, enjoying all the flavor and nutrients, without the chemical pesticides and transport kilometers. With the aim to share the goodness of self-grown produce with everyone, they developed a smart modular farming system that allows distribution of vertical farms throughout the urban environment, growing fresh produce in practically any available space and fulfilling practically any market demand. Today, with cutting edge R&D, patented technologies and a leading multi-disciplinary team, Infarm is growing a worldwide farming network helping cities become self-sufficient in their food production, while significantly improving the safety, quality, and environmental footprint of our food.