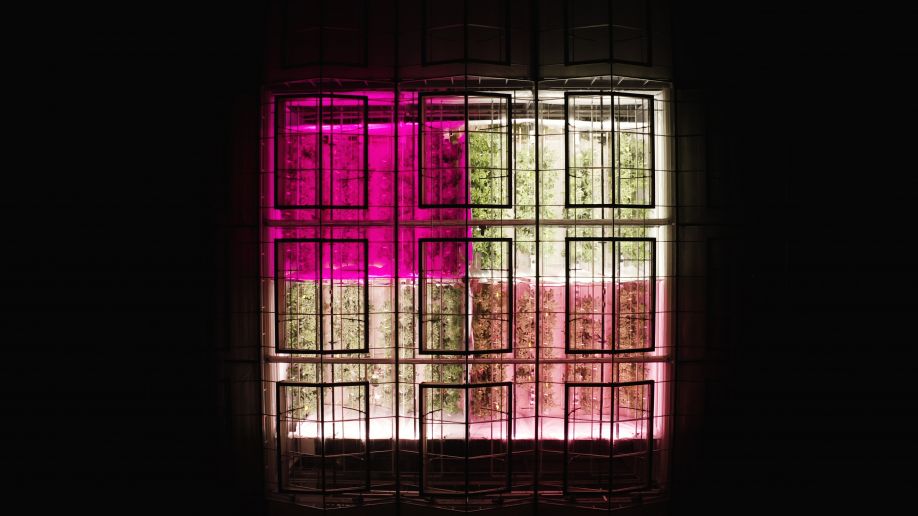 The studies found that while spectrum sensitivity is cultivar-dependent, broad-spectrum lighting strategies—which include green light and other wavelengths largely absent in narrow-band spectra—improved crop yield, morphology and overall performance in selected cultivars when compared to narrow-band spectra with high ratios of red and far-red wavelengths.

“The results from our global studies show how effective broad-spectrum white light can be in improving crop performance for many cultivators around the world,” said Dr. David Hawley, principal scientist at Fluence. “Broad-spectrum strategies are about balance and flexibility in the spectrum itself as well as the overall cultivation approach. While there are certain scenarios in which narrow-band spectra, or pink light, may make sense from an energy efficiency or crop production perspective, we’ve found that many cultivars simply perform better under broad spectra across the KPIs cultivators care about most: yield, morphology and overall quality. Our latest research empowers us with new insights to assess each grower’s objectives, weigh those objectives against a facility’s unique financial, environmental and energy parameters, and then ultimately derive a tailored solution for each cultivator.”

As researchers increased the ratio of red light in the overall spectrum, they recorded a linear decrease in yield. Compared to spectra with higher blue, red and far-red wavelengths, Merlice grown under broader spectrum lights yielded increases in fruit weight as high as 13 percent. Other tomato cultivars grown under broad-spectrum saw yield increases up to 14 percent.

Fluence conducted individual studies with WUR and Texas Original Compassionate Cultivation (TOCC), respectively. In the TOCC study, researchers studied Type I, Type II and Type III cannabis response to broad-spectrum R4, R6 and R8 under high PPFD. In each case, broad-spectrum R4 generated the most dry weight per plant. In Type I cannabis, PhysioSpecTM BROAD R4 generated 17 percent higher yields than the next highest yielding spectral solution, R6. Cannabis grown under broad-spectrum R4 also significantly improved morphology compared to plants cultivated under R6 or R8. Plants grown under broad-spectrum R4 were free of photobleaching in their upper buds, a development that typically occurs in plants grown with a higher fraction of red light.

In the WUR study, researchers found that in some cultivars, monoterpene and cannabinoid content, including THC, CBD and CBG, is significantly inversely proportional to the fraction of red light in the production spectrum. With these cultivars, R4 induced a 20 percent increase in cannabinoid compounds compared to spectra with red light ratios as high as 90 percent or more.

“The results of the TOCC and WUR intensity and spectrum studies are important for cannabis cultivators for two reasons,” Dr. Hawley said. “First, there is rarely a scenario in which they should grow cannabis under low PPFD. Our research continues to emphasize how much more beneficial it is to grow cannabis under higher PPFDs. Second, watch your red light ratio. There are a couple very specific cultivars and production situations that could benefit from narrow-band or high red/far-red and blue wavelengths. But it can also have detrimental effects on cannabinoid content, terpene ratios, yield and morphology, and would raise the risk of significant photobleaching of the canopy. That’s why we generally recommend growing cannabis with broad-spectrum under high PPFD.”

Fluence also conducted studies with bell peppers at the Harrow Research and Development Centre in Ontario, Canada led by Dr. Xiuming Hao and Dr. Jason Lanoue. The collaborative research on bell pepper found that fruit quality significantly increased in Gina and Eurix cultivars under broad-spectrum lighting. Peppers grown under broader spectrum light increased average fruit size by up to 15 percent compared to others with higher blue and red wavelengths. An increase in the dry matter content—which is largely associated with fruit quality—also increased with increasing green light. It was also found that broad-spectrum lighting strategies proved the consistency of week-to-week production by leveling out a traditionally flush-prone crop cycle.

“Time and time again, our research with leading institutions around the world is proving that there is no universal spectral strategy for cultivators,” said David Cohen, CEO at Fluence. “For many crops and cultivars, however, it’s also showing the holistic benefits of broad-spectrum white light not just for the crop, but for a cultivator’s entire operation. That’s why we at Fluence have a multilayered approach to how we work with our cultivators. We continue to invest heavily in industry-leading research around the world. We provide cultivators with boots-on-the-ground expertise and experience in the form of our horticulture services team, and we identify the right light fixture and spectral strategy to help cultivators achieve their most important goals.”

About Fluence by OSRAM

Fluence Bioengineering, Inc., a wholly-owned subsidiary of OSRAM, creates powerful and energy-efficient LED lighting solutions for commercial crop production and research applications. Fluence is a leading LED lighting supplier in the global cannabis market and is committed to enabling more efficient crop production with the world’s top vertical farms and greenhouse produce growers. Fluence global headquarters are based in Austin, Texas, with its EMEA headquarters in Rotterdam, Netherlands. For more information about Fluence, visit www.fluence.science.