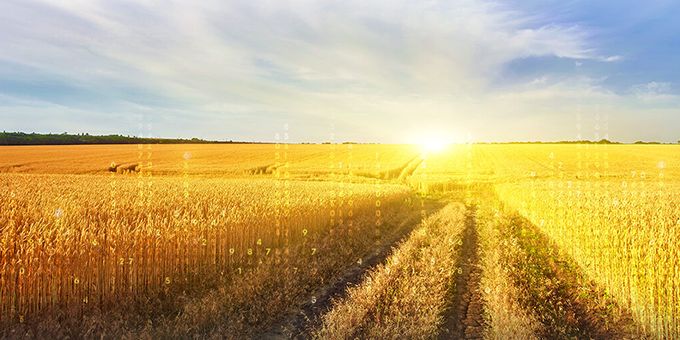 Whether you know it or not, you have a nutrient plan – either on paper or in your mind. A plan may look something like this. 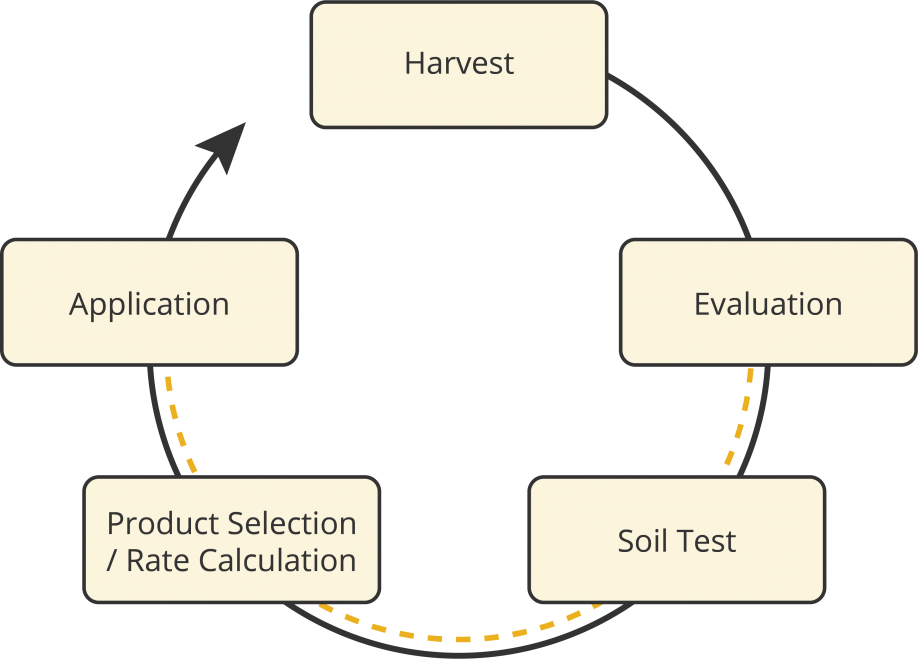 The evaluation phase may be somewhat confusing and difficult. That is because, as every farmer knows, every year is different. For example, last year you may have applied 120 lbs of Nitrogen (N) to your canola and got a 65 bushel / 12.5 percent protein wheat crop. This year you may have done everything the same and only got 45 bushels, but the crop was 14.5 percent protein.

Before we look at the protein, we must consider the fact that for most of the Canadian Prairies and the Northern Plains in the U.S., the most limiting input in most years is water. Regardless of the amount of nutrients applied, you won’t produce another bushel of grain in a dry year by applying an additional 10 lbs of nitrogen. This goes back to Liebig’s Law of the Minimum. In summary, it states that growth is dictated not by total resources available but by the scarcest resource (limiting factor).

Wheat and especially HRS wheat are interesting because there is a clearly defined protein level that indicates when the maximum yield has been obtained. It appears that wheat can partition the nitrogen and divert it to produce yield when in limited supplies. As the maximum yield is approached, it then converts more nitrogen to increase protein.  The protein percent has been determined to be 13.5 percent in studies done with various HRS Wheat varieties. This point is not as consistent with winter wheat but is around 11 percent .

Using this observation, you can now look at the percentage of protein you obtained in various fields. If you have 12.5 percent protein, it indicates that you left yield on the table – or that you could have increased your yield in that field by applying more nitrogen. On the other hand, if you have another field that maybe missed some rain and the protein is 14.5 percent, it would indicate that you maximized the yield for the amount of rainfall you received and that there was extra nitrogen that went to protein. A field that had an average of 13 – 14 percent indicates that you pretty well nailed your nitrogen rate to the moisture and maximized your yield. Using these observations as a barometer means the lower your protein, the more yield you left and probably the more you under-fertilized with nitrogen. The higher your protein is above 13.5 percent indicates the more you overshot your nitrogen (unless you were shooting for higher protein) and that there is probably some nitrogen left in the soil for next year.

It’s not completely that simple. There are, of course, other factors like nitrogen losses such as volatilization or denitrification that may affect the protein or nitrogen gains, such as higher mineralization from previous legume crops. However, it is a useful tool that you can use when evaluating the past year’s nitrogen performance.

The same idea can be used for most cereal crops. As stated above, the sweet spot for winter wheat is around 11 percent and for malt barley and Canada prairie spring wheat it is around 11.5-12 percent. This gets tricky with malt barley as maltsters look for barley with protein from 9.5 to 12.5 percent. If you’re aiming for maximum yield, your protein may not be acceptable to some malt barley buyers.

This summary of how to use your protein levels in cereals will hopefully allow you to better evaluate your nitrogen management package for this and future years.