The cost of natural sunlight is an important thing for producers to understand because there is an economic value that they should be placing on sunlight. It’s one of the main inputs to production! 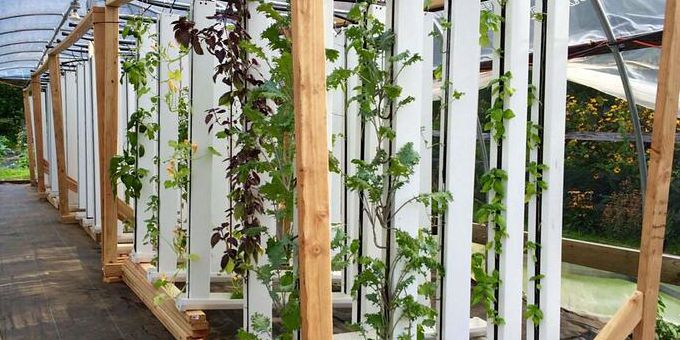 Ask him, “What is the value of the light you receive?” and you’ll get a different response.

“I don’t know.” He will be taken off guard because he’s never thought about it before. Why?

Because people take light for granted. After all, sunlight is free. Why place a value on it?

But light is a “free” resource!

Why do they make that mistake? Because it’s free. Most people don’t put a value on free things.

This is true with sunlight. Because it’s (supposedly) a free resource, people don’t place an economic value on it and then they don’t build their model to maximize that value. The problem with this is that light does have a cost that can act as a limiting factor on your operation. This inefficiency poses a significant problem.

For instance, say you want to grow in Alaska. You want to grow year round but in the middle of the winter you might only have an hour of daylight – all of a sudden the economic value of that light becomes alarmingly apparent. Because you actually have to pay to replace it in the wintertime. So if you’re growing in Alaska in the wintertime, you’re freaking out about how you get the maximum value out of that light. You’re may choose to use red and blue LEDs instead of white because you can get more efficiency from them – even if it’s at a higher initial cost. You’re going to do everything you can to maximize the value of that resource.

We often overlook the value of light in southern parts of the continent.

And that’s why, even though light is a resource like everything else, no one actually figures it into any of their calculations, including the cost of goods sold. This mistake often limits growers to much lower production, or missing out on key observations that inform their model. (Among other things.)

In reality, the value of light is high

Note that the value and the cost of light are very comparable here. The value of something can be defined by it’s cost. Keep that in mind.

If you did think about light use efficiency, you would probably find yourself at the same destination that we did: volumetric farming, and much higher production because of it.

How to Place a Value on Light

These operating costs are going to include things like replacing a covering, heating (heating a greenhouse is always a lot more expensive), and maybe things like building permits.

Those costs can add up, and you’ll find that light is a costly resource even if you don’t think about it much. When you understand the costs of light, you will begin to use it more efficiently. You’ll start thinking about maximizing light use the same way that you maximize water and electrical and natural gas and other resources.

Initially this will result in lower overall costs, but we think you’ll find that your efforts toward efficiency will lead to even more benefits.

Once you do understand the value of your light, how do you get more out of it?

To increase light use efficiency, you first have to identify the main areas of waste and eliminate them. To do that, you start by identifying what’s happening with most of the light that enters your greenhouse: absorption and reflection.

ZipGrow Towers were designed to reflect light through the mass of towers to reduce shadowing and light waste.

The most obvious way to promote reflectance is to use reflective surfaces wherever possible. This doesn’t necessarily mean using silver or mirror finish, but it does mean white finishes to reflect that light. It also means that we think about growing plants on multiple planes, and arranging the production apparatus to conserve light within the greenhouse through reflection as opposed to reflecting it out of the greenhouse.

If you’re growing on a horizontal plane, know that if that light doesn’t hit a plant, oftentimes light will just be reflected back up and out of your greenhouse. When we switch the plane around so that the photons are conserved to the bottom of the mass, our absorption rates are higher, we have more plants absorbing energy rather than energy just being reflected up and out of the greenhouse. That’s the idea behind volumetric farming with ZipGrow™ Towers.