Any farmer will tell you that the conditions of the soil change constantly throughout the growing season.  The soil conditions are influenced by the weather, row density, crop patterns, and more. During this period, the plants are continuously changing and adapting to the environment. The plant’s roots and shoots grow in soil most advantageous to growth.

To help farmers adjust to these ever-changing conditions, soil and water sensors are being employed. In the past, farmers collected soil and water conditions from the field by scouting and collecting soil and plant samples. These samples were sent off to a lab for testing, taking maybe precious weeks for results.

Farmers are now using sensors to monitor particular sectors of the field, enabling them to react quickly to changes in the land and crops. The use of smaller and less-complex sensors is making quick response possible. This allows farmers to turn soil sensor readings, weather, and historical crop data into actionable perception by seeing the bigger picture.

Soil is never consistent across a field and this inconsistency is often amplified at the sensor level. Multiple sensors can statistically improve the accuracy and track the active changes, which are variable across a field. A wet area in the spring may become dry later as the crop grows and uses up the water. Sensor-based measurements are providing more specifics, such as moisture levels, fertilizer effectiveness, and plant reaction to variable conditions, including temperature and light. These sensor measurements permit farmers to take action when a field condition, such as low water levels, produces a stress reaction.

Most soil sensors are single-point sensors. They take a measurement at a single location. A single point sensor can measure soil moisture and temperature, or soil moisture, temperature and salinity. The sensor can be completely buried in the soil. Some sensors measure volumetric water content for the length of the sensor. 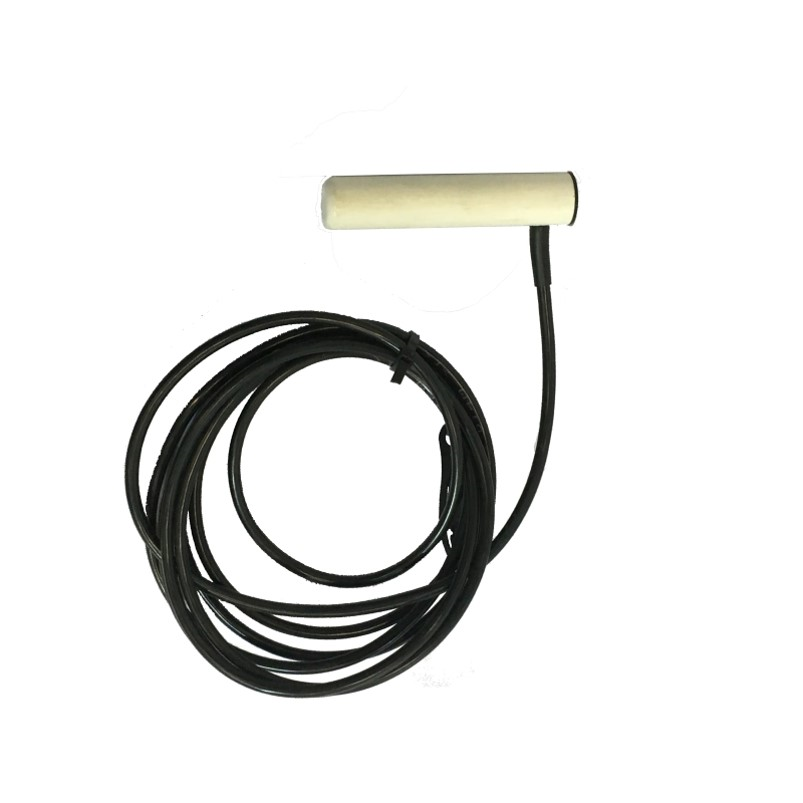 Profiling probes measure soil moisture across a vertical soil profile, covering a range of one foot to four feet. Soil profiling probes comprise of multiple single-point sensors contained in an elongated enclosure.  Some, like the GroPoint Profile include modular segments which form a single antenna for constant measurement across its entire length. 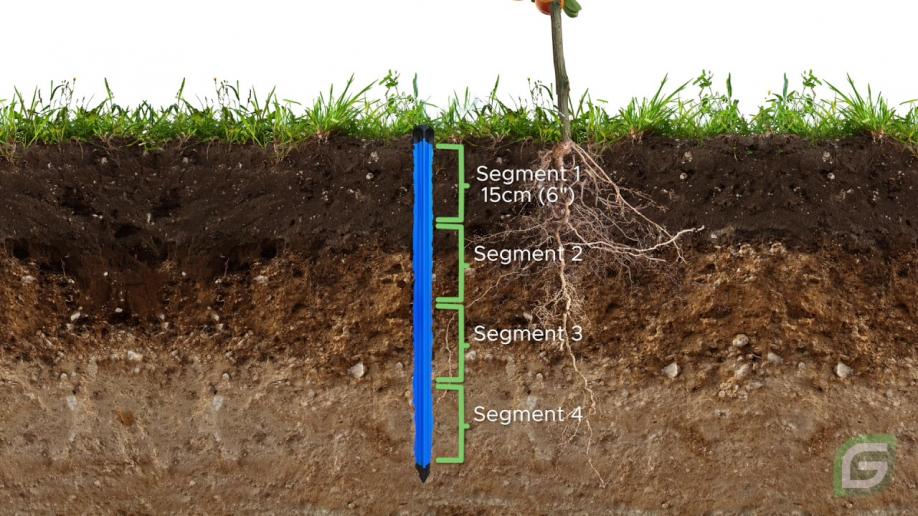 It’s important to measure soil moisture at multiple depths in order to optimize irrigation, as it indicates the penetration of water all through the root zone. The main benefit of using a soil profiling probe is the reduction of costs of installing multiple single-point sensors, and the requirement to dig a large hole to bury them at the proper depths.

Profiling probes are typically manufactured as parallel pairs of rings along a probe, and are normally installed in plastic or PVC access tubes where the electric field between the sensor and the soil must pass through the tube. Profiling probes, which don’t entail an access tube, will deliver greater accuracy. The GroPoint Profile and Hydrascout HSTi are examples. 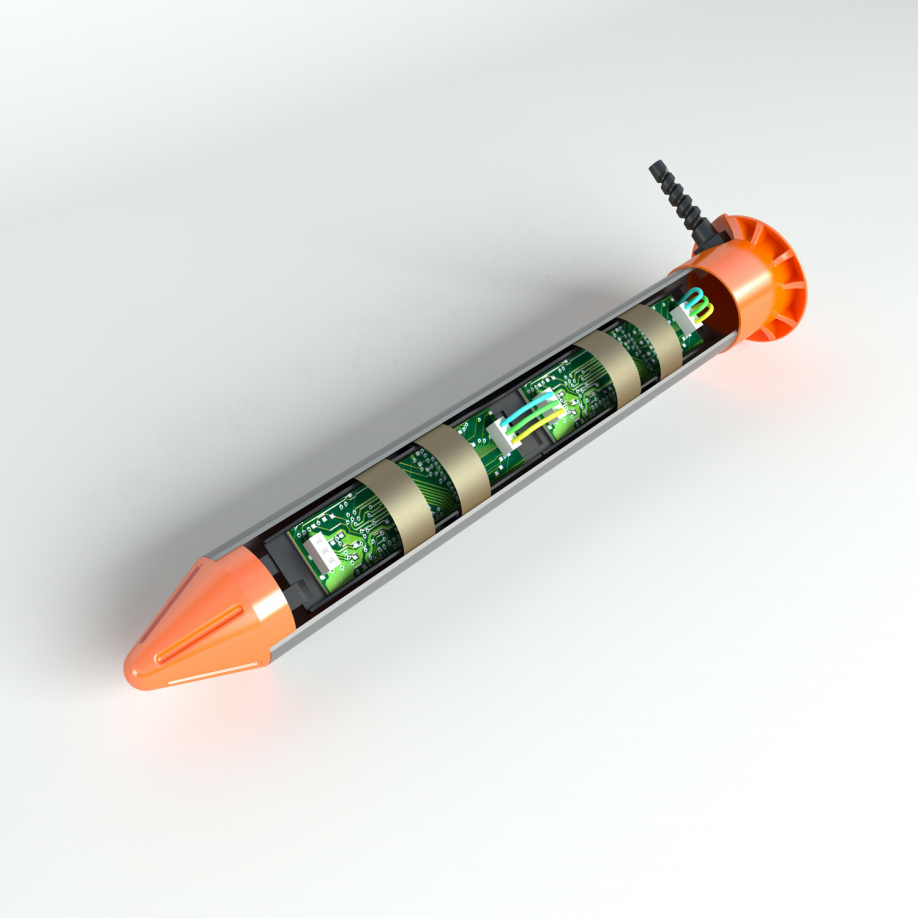 Volumetric water content is a measure of the amount of water held in a soil expressed as a percentage of the total mixture, and is often called simply “soil moisture”. The amount of water that can be stored by a soil and its availability to plants both depend on soil type. 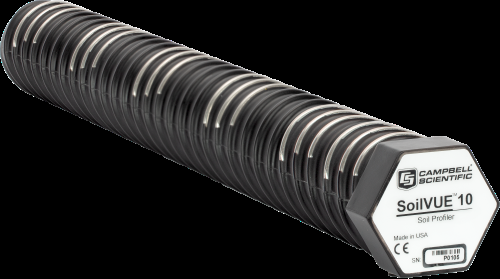 Tensiometers (Soil Matric Potential Sensors) measure the soil water potential or matric potential. Soil matric potential is the pressure it takes to extract water from the soil and is a gauge of stress to plants and crops. It is utilized to ascertain soil water changes and available water held in the soil. As the soil dries out, water is extracted out through the porous ceramic tip, producing a partial vacuum within the tensiometer which is read on the vacuum gauge. When the soil is wetted by adequate rainfall or irrigation, water flows back into the tensiometer, the vacuum lessens and the gauge reading drops. 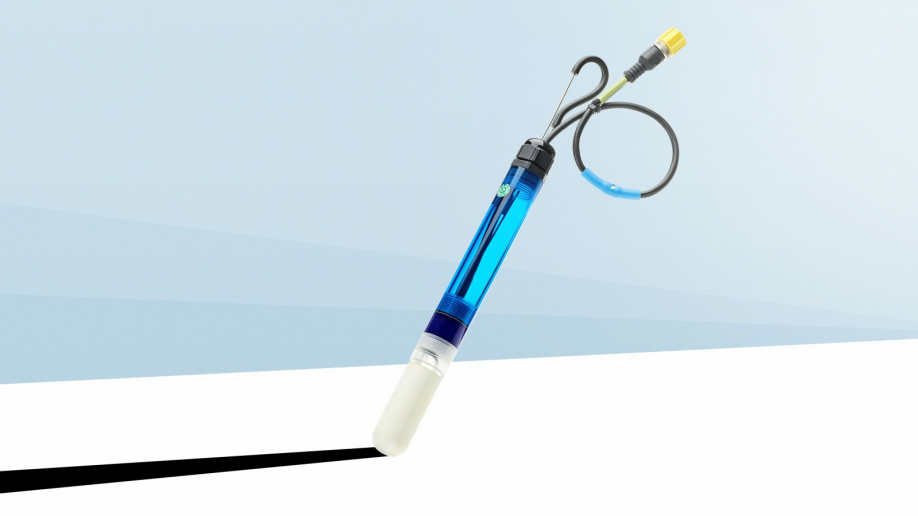 Soil sensors are permanently buried and are left for continuous long-term monitoring if they are connected to a data logger, or wireless remote telemetry, or on-demand monitoring using a handheld reader. They can remain buried indefinitely, depending on the durability of the sensor and the cable. Portable soil sensors provide the user an instantaneous reading of soil moisture in a battery-powered, self-contained unit that can be carried anywhere. Readings are shown on an integrated display, or on the user’s smartphone, which communicates with the sensor unit through Bluetooth or WiFi.

The amount of moisture or soil water is important to know because soil water performs as a carrier of food nutrients needed for plant growth. Soil water is a nutrient by itself. The yield of a crop is most often influenced by the amount of water available rather than the deficit of other food nutrients. Water regulates soil temperatures. Microorganisms require water for their metabolic activities, while helping in the chemical and biological activities of the soil. Finally, water is essential for photosynthesis. Therefore, soil moisture sensors are critical for Agriculture.