The movement for healthy, sustainable food production is spreading across the world, and Samsung is committed to driving innovation in this area. 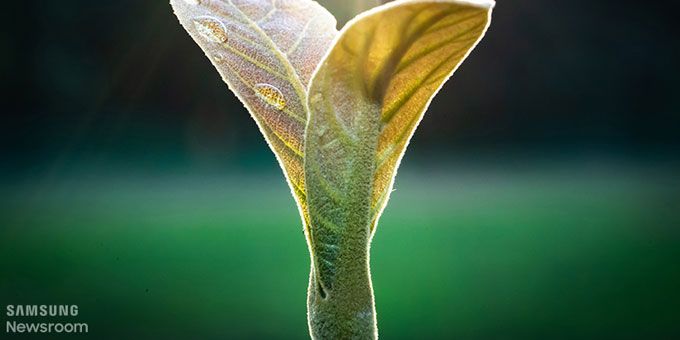 Agricultural innovations are essential for feeding our ever-growing global population. Especially these days, as industrialization and global warming continue to negatively affect soil fertility and reduce the amount of arable land.

According to the United Nations, the world’s population is set to reach 9.8 billion by 2050. Such a large population would require approximately 1.7 times more food than is available now.

One potential solution for addressing the world’s need for more healthy and abundant food production is vertical farming – a process that’s growing increasingly popular in places like Europe, the U.S. and Japan, and involves food being grown indoors in vertically stacked layers.

What makes vertical farming such an efficient and viable means to produce food are the facts that it (1) saves space, and (2) allows farmers to grow crops all year round, regardless of climate or season.

Interest in vertical farming has been rapidly growing in recent years. Market research firm MarketsandMarkets predicts that the global market for vertical farming will be worth $18.4 billion by 2022, which is twice as much as the market was valued in 2016 ($9 billion). 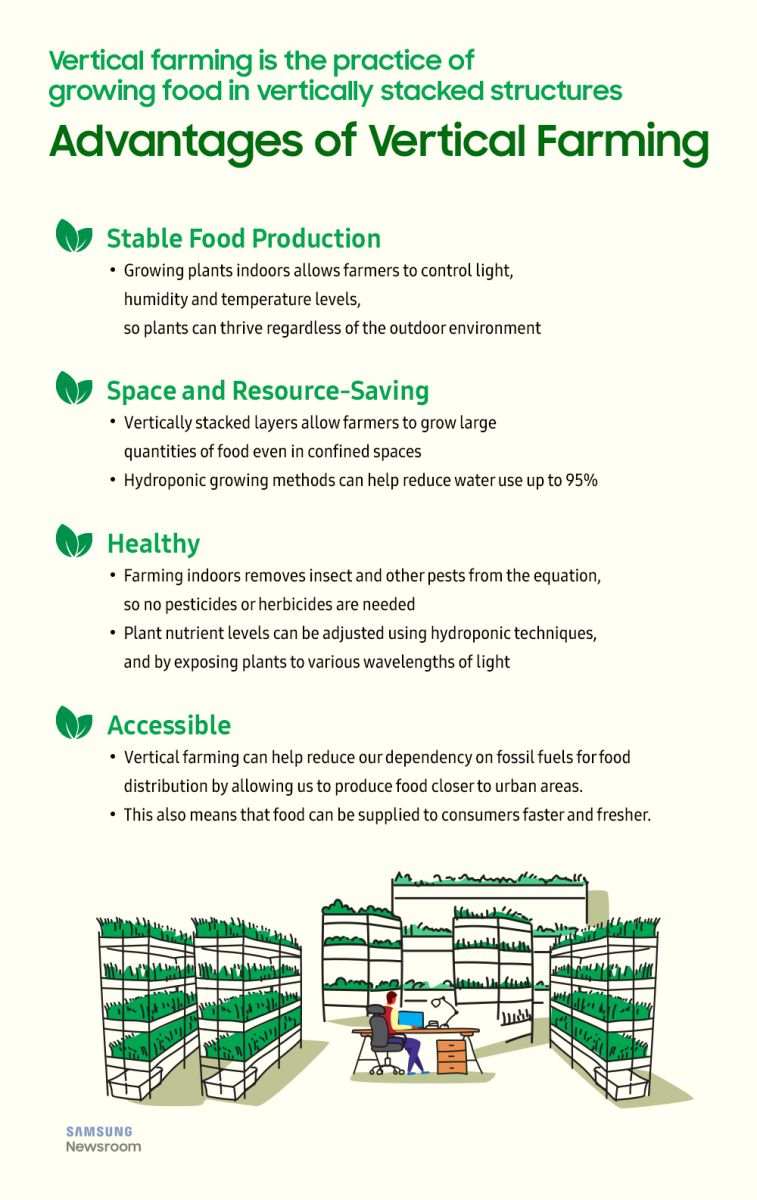 Innovating for a Greener Future

The movement for healthy, sustainable food production is spreading across the world, and Samsung is committed to driving innovation in this area.

Last spring, Samsung announced the launch of a wide range of horticulture LED offerings that produce a broad spectrum of light to support healthy plant growth. On April 23, Samsung introduced an update to the LM301H, which features the highest photon efficacy among today’s mid-power white LED packages. The company has also revealed a number of exciting innovations designed to make it easy for consumers to grow and enjoy fresh, healthy vegetables from the comfort of their home.

“There is a growing interest in healthy food,” said Chohui Kim of Samsung Electronics’ LED Technology Center. “Horticulture LED is playing a key role in vertical farming and indoor crop cultivation, and we are looking to expand its applications in various fields.”

The second part of Samsung Electronics’ “Going Green” series will highlight technology trends and the company’s efforts regarding eco-friendly crop cultivation in detail.

uEye Warp10 - How to precisely capture and monitor high-speed processes

With high speed into new spheres! When fast-moving scenes need to be captured in all their details, not only the right sensor is important, but also a high-performance transmission interface. With uEye Warp10, IDS Imaging Development Systems is launching a new camera family that, thanks to 10GigE, transmits data in a Gigabit Ethernet-based network at a high frame rate and virtually without delay. The first models with the sensors IMX250 (5 MP), IMX253 (12 MP) and IMX255 (8.9 MP) from the Sony Pregius series are now available. Compared to 1GigE cameras, the uEye Warp10 models achieve up to 10 times the transfer bandwidth; they are also about twice as fast as cameras with USB 3.0 interfaces. Consequently, inspection applications on the production line or food processing with high clock rates benefit from the fast data transfer.
More Products
Feature Your Product